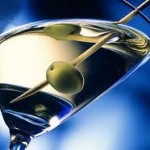 The 18th Amendment and accompanying Volstead Act that banned alcohol wasnāt all that red hot an idea.Ā  It didnāt work worth a darn, and it provided funding for the birth of organized crime.

Nixonās operatives breaking intoĀ and bugging the Democratic headquarters when McGovern had no chance of beating Nixon in 1972, was also not exactly stellar thinking on the part of U.S. government officials.

Congress passing the Smoot-Hawley Tariff in 1930, which raised tariffs to historic levels on 20,000 imported goods and turned what was an economic downturn into the Great Depression, was sheer idiocy.

And thatās not nearly all of the stupid people tricks that my government has come up with over the years.

The internment of Japanese Americans after Pearl Harbor has to represent a low point in our nationās critical thinking skills.Ā  And the Bay of Pigs and the entire Viet Nam War also stand as shining examples of morons at work.

Oh, and whoever conceived of the plan that had Israel providing arms to Iran, a country subject to a U.S. arms embargo, so that Iran might obtain the release of hostages being held by the Lebanese, all in order to funnel money to the Contras fighting in Nicaragua was obviously someone that rode the short bus to school, right?

And now weāve got HAMP.

The Home Affordable Modification Program was initially just a dumb idea, but Treasury Secretary Tim Geithnerās implementation of the program transformed sophomoric dumbness into nuclear stupidity.Ā  HAMP managed to take an unprecedented American tragedy an actually make it worse, almost like if the Bush Administration had mistakenly ordered the bombing of Southern Manhattan right after the second tower of the World Trade Center fell on the morning of 9-11-01.Ā  Unthinkable, right?Ā  Yeah, I used to think so too.

So, now the abysmal failure named HAMP threatens to send the Democratās control of the House of Representatives directly into the history books.Ā  Oh well, I suppose.Ā  But at least weāve got more expensive health insurance and a completely deadlocked government to look forward to, so I guess it wasnāt a total loss.Ā  Itās too bad no one saw this comingā¦ oh, wait a minuteā¦ I did.

Now as we enter the 2010 political season, with the serious negative campaigning about to kick into high gear, weāve got USA Today reporting that lawsuits are springing up all over the country, applying for class status in order to become class actions.Ā  The multi-colored fish wrap story says that on Sept. 30 in Nashville, a federal court hearing is scheduled to consider consolidating one coupleās case against Bank of America with more than a dozen others.

And thatās just the tip of the proverbial iceberg.Ā  Similar suits are pending against JPMorgan Chase and Wells Fargo.Ā  According to USA Today:

āTaken together, the cases threaten to amplify a growing public frustration with mortgage servicers’ treatment of HAMP borrowers and HAMP’s modest results.ā

Well, golly geeā¦ what in the world are these folks so upset about?

Most of the suits allege that the trial modification plans are contracts, and that Bank of America and every other servicer broke them by not granting permanent modifications to homeowners who made their trial payments on time and provided the necessary documentation.

But they also accuse servicers of intentionally denying permanent modifications and keeping loans in default so that they can profit from exorbitant late fees and other charges associated with foreclosure.Ā  (Wow, I could have sworn I read about this sort of thing happening yesterday.Ā  Oh thatās right, I didā¦ I wrote about it yesterday.)

One complaint alleges that Bank of America representatives are specifically instructed to lie to homeowners calling about loan modifications.Ā  The complaint is based on information provided by unnamed former Bank of America employees, and according to USA Today, says:

“ā¦ representatives regularly inform homeowners that modification documents were not received on time or not received at all when, in fact, all documents have been received.”

By the way, I should note that earlier this year I received a tape recording from an executive at Bank of America that has a trainer telling her audience: āā¦ your job, when someone calls for a loan modification, is to route them around and around until they take themselves out of the transfer loop.āĀ  Unfortunately, the recording was made illegally, meaning that the trainer in question didnāt know that she was being recorded, and as a result the lawyers said I couldnāt publish it.Ā  In fact, I probably wasnāt even supposed to have mentioned it in print, as I just did, but I donāt careā¦ go ahead and sue me, Bank of Americaā¦ Iām feeling sort of left out of the festivities anyway.

The USA Today story also says that some of the complaints claim that Bank of America employees have demanded up front fees to begin the process of being considered for a loan modification, so I expect to see the FTC and all the rest going after them as scammers immediately.Ā  One homeowner says that he was told he had to pay $1400 to get the process started.

āā¦ they were inaccurately applying a formula used to determine if the value of modifying the mortgage was greater than the proceeds from foreclosing. The number of homeowners who had been wrongly denied could range from a handful to thousands.ā

(They were, were they?Ā  Theyāre talking about the infamous NPV test calculation, and thatās one problem I can absolutely fix for homeowners.Ā  Click here for more information on the REST Report.)

Thousands of homeowners improperly denied modifications and foreclosed upon?Ā  How does the government plan to correct that type of little mistake, do you suppose.Ā  I know what Iād like to seeā¦ have Treasury buy them a new house.Ā  Something niceā¦ maybe something on Tim Geithnerās block.Ā  In fact, I think Tim should have to act as their real estate agent.Ā  Hey, donāt laugh, thatās a good idea. 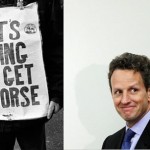 Okay, I want to be serious for a moment.Ā  If the government program mistakenly steals your house and tears your life apart, what should happen next?Ā  Maybe you ended up divorced as a resultā¦ it happens a lot, so donāt think it doesnāt.Ā  Or maybe some has died as a result.Ā  How should the government fix that.Ā  Personally, Iād rather see the government raping citizens by mistake.Ā  Seriously, it would be likeā¦

So, whatās the defense to these and so many other allegations?Ā  Well USA Today presents the position of the Treasury Department as being the following:

And the story says that Wells Fargoās position is that:

āā¦ the plaintiffs have not adequately shown that their trial modifications were contracts to enter into permanent modifications. It says homeowners benefited from being able to make reduced monthly payments while staying in their homes.ā

But the lawsuits quote from trial plan agreements:

“If I am in compliance with this trial period plan and my representations continue to be true in all material respects, then the servicer will provide me with a Home Affordable Modification Agreement that would amend and supplement the mortgage on the property, and the note secured by the mortgage.”

Well, I sure donāt see anything contract-like there.Ā  Thatās not a promise either, because for it to be a promise, it would have to use the phrase āpinky swearā.Ā  Nope, banks winā¦ case closed.

Someone named Phyllis Caldwell, who the paper says is Treasury’s chief of the homeownership preservation office, had the following to say:

“The HAMP program was an unprecedented response to an enormous crisis in this country’s housing market. The administration needed to act quickly.ā

Hey, Phyllisā¦ You, my dear woman, are clearly a trollop.Ā  Youāre quite rightā¦ about the āenormous crisisā part.Ā  And I agree that the administration needed to act quickly.Ā  So, why didnāt they?Ā  Youāre the āchief of the homeownership preservation officeā for the United States Treasury?Ā  And you have the shameless gall to be quoted in a story about countless homeowners all over the country gearing up to sue the hell out of the mortgage servicers who were contracted with the federal government?

Woman, for Godās sake go home!Ā  Go back to interminably annoying your husband and irreparably damaging your children.Ā  Resign.Ā  Today.Ā  Your work can only lead to women in positions of leadership being set back decades.Ā  (Or, stick aroundā¦ because you just became the star of my monthly column, Bringing Up the Rear, in the next issue of The Niche Report.)

So, now the Obama Administration is said to be revisiting a proposal to ban all foreclosures on home loans unless they have been āscreened and rejected by the governmentās Home Affordable Modification Program.Ā  Bloomberg first reported on this proposal last February 25th, and some say itās back on the table, although I canāt imagine why.Ā  The bankers wonāt like it, so itās out of the question.Ā  Besides Iām quite sure that the government will make as many mistakes as the servicers do.

In the Bloomberg story, my gal Phyllis is quoted yet again.

Caldwell said in her prepared testimony. āTreasury has been reviewing guidelines around outreach and the foreclosure process as part of its continual assessment of program effectiveness and transparency.ā

Well, there she goes again.Ā  Shut up, Phyllis, just shut up.

I donāt know why the Obama Administration doesnāt just do what I know they want to doā¦ place a moratorium on foreclosures until the day after the midterm elections.

Sorry, Mr. Presidentā¦ but that just wonāt be enough this time out.

A Note from Martin Andelman of Mandelman Mattersā¦

Last year, roughly three million Americans lost homes to foreclosure.Ā  This year, RealtyTrac puts the number at 4.5 million.Ā  And God only knows how many will come after that.Ā  The number will be in the many millions, without question.Ā  And it wonāt stop until we stop it.Ā  None of us is getting out unscathed.

Iām not saying that loan modifications are anywhere near the best answer that ever was, but if you want to apply for a loan modification, please donāt do it without including a REST Report, in addition to your supporting documentation. Ā Ā Write to me at mandelman@mac.com and Iāll tell you why.