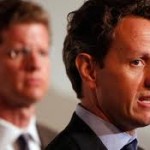 It seems like people have been talking about reducing the principal balances of underwater mortgages as a way of addressing the foreclosure crisis almost since the crisis began.  The thinking seems to be that if people weren’t so far underwater, there would be fewer foreclosures.  I’m not sure anymore… maybe that’s true to some degree.  But, would that really stop today’s foreclosure crisis?  I suppose, like anything else, it would depend on who qualified for the program.

I mean, it occurs to me that HAMP itself might not have been such a crackpot idea… in, say… the early part of 2008.  Of course, in the early part of 2008 we were watching Dubya fight over a housing rescue plan with Barney Frank.  And by the time that brilliantly conceived piece of legislation was signed on July 30, 2008, it was destined to be the stunning success the Help-4-Homeowners program turned out to be.  Six months later that program, with its budget of $320 billion, and having been the subject of intense debate throughout the entire first half of that year, managed to successfully modify ONE solitary mortgage, in case you’d forgotten. 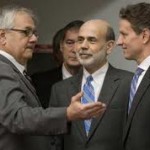 So now, with the foreclosure crisis coming into full bloom, and about to engulf the entire nation from coast-to-coast,with how many TRILLIONS of home equity and consumer wealth having vanished into thin air for good… now, Bernenke is saying stuff like… “Gee, guys… do you think we’re going to double dip?”  No, Benjamin… we think YOU’RE A DOUBLE DIP.

I hate to say this, because I was really hoping that we, as a nation, were going to come together and manage to avoid a couple of decades of pain and suffering, but like a wild fire that firefighters arrived at too late to fight, we’ve let our own meltdown burn too far, and it is now out of our control.

I’m afraid that now all we can do is giggle incessantly at the incompetent  fools we’ve got in charge of things, stock up on canned goods and ammo, and wait for the next easily predictable downturn to “shock” our nameless economists.  The economists whose names we know, buy the way, aren’t shocked in the least at our race to the bottom, but somewhere there are other economists and they’re constantly “shocked that the recovery isn’t .

Roubini, Stiglitz, Johnson, Krugman, Shiller, Schiff, and many more have been warning the our descent was ahead, but the other nameless economists must have had more clout, because rather than dealing with the problem, what we decided to take last year off to screw around debating  health care and then pass a bill that can only increase its costs. 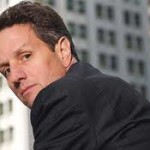 Well, now Treasury’s new Principal Reduction Alternative (PRA) is scheduled to become effective on October 1, 2010, or whenever version 4.0 of the HAMP NPV is implemented, which ever is later.  HAMP’s NPV Version 4.0, was originally scheduled to be released on June 1, 2010, but instead, the servicers received only new tables for use with version 3.1.  As I write this, I’m told that testing of 4.0 is well underway and is should be released to the servicers in the next couple of weeks.

And NPV 4.0 is what drives the PRA, which is a “deferred principal reduction program” that allows the homeowner to earn a principal reduction over a three-year timeframe by making all payments in accordance with the loan’s modified terms. According to Supplemental Directive 10-05, the PRA is:

“… designed to give servicers additional flexibility to offer relief to borrowers whose homes are worth significantly less than the remaining amounts owed under their first lien mortgage loans (negative equity).”

Under the PRA, servicers are required to evaluate the benefit of principal reduction for every HAMP eligible loan with “high negative equity,” which Treasury defines as having a mark-to-market loan-to-value ratio greater than 115%.  The language found in the directive says that servicers are:

Treasury will be introducing an “Alternative Modification Waterfall” test that servicers are to use in performing this evaluation, and Step 2, in the Alternative Waterfall test, incorporates a principal reduction.  To encourage servicers to participate in the PRA, the Treasury is offering new financial incentives.
The PRA dictates that servicers must evaluate any loan being considered for HAMP, with a mark-to-market loan-to-value ratio greater than 115%, using both the Standard and the Alternative waterfall test.

The loan’s unpaid principal balance should be determined after capitalizing amounts just as is done now under the current HAMP guidelines.  And servicers are being instructed to follow regulatory and investor guidance to select the appropriate valuation method that will be used in determining the mark-to-market value of the property. Then they are to use that value for both the NPV model and the MTMLTV calculations.

Here’s an Overview of How the New Plan Works:

FIRST: Reduce the UPB by an amount necessary to achieve either the target monthly mortgage payment ratio of 31%, or an MTMLTV ratio equal to 115 percent, whichever is reached first.

NEXT: If the reduced UPB creates a MTMLTV ratio of 115%, but the target monthly mortgage payment ratio of 31 percent has not been achieved (based on a fully amortizing principal and interest payment over the remainder of the current loan term and using the current mortgage interest rate), continue with the standard HAMP modification waterfall steps of interest rate reduction, term extension and principal forbearance, each as necessary, until the target monthly mortgage payment ratio of 31% is achieved.

LAST: The NPV model is then used to evaluate the modifications proposed by applying both the Standard Waterfall and the Alternative Waterfall.

There are three possible outcomes:

A. Just as is the case today, if the NPV for the modification using the Standard Waterfall is positive, servicers must modify the loan.

B. If neither the Standard Waterfall NPV nor the Alternative Waterfall NPV is positive, the servicer is not required to modify the loan.

“… the primary purpose of the Alternative Waterfall analysis is to demonstrate whether reducing principal on loans with MTMLTV ratios greater than 115% results in a positive NPV.”

However, when servicers are deciding whether to reduce the principal balance on a homeowner’s mortgage, they may, based on investor guidelines and contractual obligations, reduce the UPB of a loan to an amount that results in a MTMLTV ratio that is greater or lesser than the 115% target ratio in the Alternative Waterfall.  But, this time around, because servicers do still have discretion as to when principal reductions are offered, servicers must:

“Develop and adhere to a written policy for making principal reduction determinations that treats all similarly-situated loans in a consistent manner and in compliance with fair lending and other applicable laws and regulations.”

A new NPV model, referred to as Version 4.0 is still under development, but it will reflect principal reduction incentives and will compare the NPV result of modifications, with and without principal reduction, with the NPV result without modification.  And this time out, the software application for NPV 4.0 will be available on www.HMPadmin.com, which is the HAMP servicer portal, where there will also be as detailed guidelines for submitting proposed modification data.

BUT, BUT, BUT, IN ADDITION… Treasury has made it clear in the Supplemental Directive that servicers are free to conduct other internal evaluations… IN ADDITION TO THE NPV 4.0 EVALUATION… in order to ensure that such reductions are in the best interest of investors.  And these additional “internal evaluations” are not being disclosed.

Treatment of the Principal Reduction…

Initially, principal reductions under the PRA should be treated as a non-interest bearing principal forbearance, which will be referred to as the “PRA Forbearance Amount.”  Borrowers in good standing on the first, second and third anniversaries of the trial period’s effective date, the servicer MUST reduce the principal balance of the loan in three installments of one third of the initial PRA Forbearance Amount on each year, on the loan’s anniversary date.

Homeowners who receive a principal reduction under the PRA will be notified that principal reductions are reported to the Internal Revenue Service and may have tax consequences, and new documents will advise homeowners to seek guidance from a tax professional.  (Although, I don’t understand for the life of me why borrowers couldn’t just contact their bank directly to get help with this too, but who am I to say anything?)

The Impact to Second Liens under the 2MP Program…

All principal forgiveness required or provided under 2MP will be applied at the time of the permanent 2MP modification and will not be deferred.

If a servicer receives a written request from a homeowner, or an authorized representative of that homeowner, related to principal reduction, “the servicer must, within 30 calendar days of receipt of the request, respond in writing,” and that response must include the reason(s) for a principal reduction not being offered, when applicable.

And if the servicer doesn’t respond in writing within the 30 day period, and provide the homeowner with a detailed written explanation as to why the serivcer is not granting a principal reduction, then the CEO of the servicer is not allowed to have desert for a week, or watch T.V. past 9:00 PM.  (Okay, so I’m kidding about that last paragraph… sort of.)

If a homeowner loses good standing, the loan cannot be restored even if the borrower subsequently cures the default.

The Helping Families Save Their Homes Act of 2009 (HFSTHA) established a Servicer Safe Harbor, and TILA was amended for the purpose of providing a safe harbor to enable such servicers to modify and refinance mortgage loans under a “qualified loss mitigation plan.”

So, with the introduction of Treasury’s new HAMP PRA now only a few short moths away, the question on everyone’s mind should be: will it work?  I , for one, think it could have… perhaps if it had been introduced in 2009.

I’ll say one thing for these clowns… their timing is impeccable.