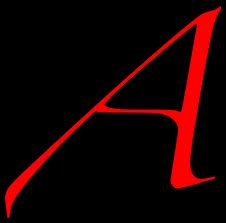 Last Friday, September 18, 2009, the California State Bar, an organization supposedly dedicated to the ethical practice of law in these United States, published a list of attorneys licensed to practice law in California, stating that those appearing on the list were “under investigation for misconduct related to loan modification.”

Chief Trial Counsel for the Bar, Russell Weiner, said he was waiving investigation confidentiality in favor of public protection, which is another way of saying that he’s convinced that the whole innocent before proven guilty thing is overrated.

In the press release issued by the State Bar on Friday, Weiner said that the lawyers listed have “allegedly taken fees for promised services and then failed to perform those services, communicate with their clients or return the unearned fees.”  He added: “Some attorneys misrepresented the services they could provide,” but I’m sure he meant to say that they, “allegedly had misrepresented the services they could provide”.

Weiner was also quoted as saying that, “the number of attorneys using their law licenses to essentially take money from unwary but trusting consumers is astounding.”  To-date, the State Bar has taken action against three or four California attorneys and the Attorney General another three or four, so when you consider that there are roughly 165,000 licensed attorneys in California, you have to wonder whether Mr. Weiner is prone to hyperbole, or whether he’s easily astounded.

In Weiner’s view, the magnitude of the crisis is unprecedented, which is true, assuming he was referring to the number of foreclosures, the depth of the recession, or the inadequacy of the state’s response.  If, however, he was trying to say that the number of lawyers involved is unprecedented, I’m not entirely sure that’s the case.  I seem to recall quite a few lawyers involved in workers comp fraud, securities fraud, immigration fraud, and lots of other scams over the years, and even if the number of attorneys turns out to be more than in past years, I’m pretty sure that the dollar amount involved is far less.

Those that read all the way to the ninth paragraph of the release did read the Bar saying the attorneys are “entitled to a full and fair hearing on any charges that may be filed in the future.”  And that: “No discipline may be imposed unless and until the State Bar proves allegations of misconduct by clear and convincing evidence.”  So, that was nice of them to mention, I thought.  And I for one am confident that when any of the attorneys listed is vindicated as a result of such a full and fair hearing, the Bar will immediately issue a sincere apology and publicize that list as well.

The actual list of lawyers was preceded by the sentence: “The following attorneys have received a significant number of complaints related to the loan modification services they were hired to perform.”  Well, as long as the number of complaints was “significant,” I suppose it’s reasonable to brand these guys as “scammers” without thorough investigation or a full and fair hearing.

In the Bar’s release, Mr. Weiner cautioned homeowners to “take special caution when seeking legal representation related to loan modification,” which is also good advice when hiring a lawyer for any other purpose too, as far as I’m concerned.  Like so many other homeowners, I used to hire my attorneys willy nilly and it almost never produced an optimal outcome.

There are undoubtedly some attorneys who have acted unethically, some knowingly and others likely not.  It’s not as if the State Bar rushed in to set rules for lawyers that were attempting to obtain loan modifications on behalf of clients.  And no one is in favor of scamming homeowners, or anyone else for that matter.  If they’re bad guys, go get them… throw away the key, for all I care.  But leave the good lawyers alone, for heaven’s sake… heck, I may need one if the current trends don’t reverse themselves soon, as may we all.

The Bar claims that it has recorded a 58% increase in active investigations compared with 2008’s numbers, and that a big part of that increase has resulted from attorneys offering to help homeowners obtain loan modifications.  I realize that in 2008, over 1 million people lost their homes to foreclosure, but obviously the attorneys involved last year were much better than this year’s line up.  I can’t think of what else changed in 2009 that might have contributed to the dramatic increase in complaints received by the Bar… hmmm… could it have been… nope… maybe there is something in the water.

Oh wait… I just thought of something that might have had an impact: President Obama told everyone that loan modifications would be free and easy, that people only needed to call a toll-free government hotline, or their banks directly… that his plan would allow 4-5 million Americans to modify their mortgages and remain in their homes… and who could ever forget that classic favorite… if you have to pay, you should most definitely walk away.

The problem is, none of what Obama said during that speech was true.  Actually, that’s an exaggeration.  When he said that our economy could not recover until we stopped the foreclosure crisis and started creating jobs again… that part was true, except that now he claims that the recession has ended, even though foreclosures have only increased along with unemployment.  So, yeah… like whatever.

Those close to the situation know all too well what happened next, because it caused a real problem: Homeowners actually listened to and believed the President.  Big mistake.  Huge.  Because getting a loan modification proved to be only slightly easier than getting your bank to forgive your auto loan in its entirety 90 days after buying the car.  No problem, right?

Homeowners that tried, know what I’m saying to be true, and when they found themselves unable to get their bank to answer the phone, much less modify their mortgage, many turned to private sector law firms for help.  It was sort of a win-win, because even if the bank still refused, at least they could blame their lawyer for them losing their home.

I have to tell you that I was invited to attend a panel discussion on loan modifications held as part of the State Bar’s annual meeting less than two weeks ago in San Diego.  If I were to be asked to sum up my response to that panel of experts, I would say two things: First, it was abundantly clear to me, in all but one case, that those on the panel had no direct personal experience with loan modifications.  And second, had it been a conference held by the American Medical Association, the doctors in attendance would have returned home to begin killing their patients as a result of what they were told.

There’s no question whatsoever in my mind that the State Bar lacks a real life understanding of what’s going on with loan modifications or with the foreclosure crisis.  Perhaps the people in charge are simply too rich, and therefore hang around with too many rich people, to understand.  They will need to come visit the real world to see what’s really going on.

That, however, is no excuse for what I witnessed at the Bar’s annual meeting.  The speakers, for the most part, hadn’t prepared before appearing as “experts” on the panel discussing loan modifications.  They presented data that was at best, outdated… and at worst, wholly inaccurate and misleading.  It was like listening to people who had amassed their knowledge solely by reading a 2008 issue of Newsweek.  It was embarrassing; I was embarrassed for them.

So, now they’re making lists of “scammer” attorneys and publishing them because they feel it’s for the public’s good.  A few of the lawyers listed have actually already been shut down by one regulatory agency or another.  Others haven’t heard a thing about this whole McCarthy-esque list thing, or that they were even being investigated, until seeing their name on the list.  And that must have been a very nice surprise, I am sure.

With the Obama administration having released its “servicer report cards” just over a month ago, showing that none of the servicers that had agreed to participate in the Home Affordable Modification Program, or HAMP for short, had done so with great vigor, as JFK might have said.  In fact, the servicers’ performance would more accurately have to be described as fairly insipid, with Wells Fargo coming in next to last at 6% of eligible loans modified, and Bank of America bringing up the rear at 4%.  Under achievers, every one of them.

As a result of this and the veritable plethora of ancillary evidence of widespread servicer misconduct that has become available over the last couple of months, I can’t help but wonder whether the Bar sees any connection between the two.  It might be that some of the complaints received by the Bar are actually complaints against a servicer or lender, but since Wells doesn’t have a complaint department when it comes to loan modifications, and since essentially every online chat room has someone advising homeowners to complain to the Bar, it seems like when it comes to the Bar’s complaints, there may be more than meets the eye.

I’ll stop being sarcastic for a moment and tell you what I do know: A little more than a month ago, I spent an entire weekend reading complaints, almost 600 of them I believe, that were written by homeowners who DID NOT retain an attorney to represent them as they attempted to obtain a loan modification.  And they were beyond pissed off with their government and their banks.

The fact is that an attorney did mislead the American people at the launch of the foreclosure rescue plan… and that attorney set expectations that are simply unmet by the program.  That attorney was the President of the United States.  So, I don’t care whether you try to get a loan modification on your own, or you hire a lawyer… or a magic genie transports you from the beginning of the process to a successful end… you’re still highly likely to be disappointed.   And to be sure, that’s a big part of what the Bar is experiencing today.

Officially, McCarthyism has been defined as the politically motivated practice of making accusations of disloyalty, subversion, or treason without regard for evidence, but more recently the term has come to describe reckless, unsubstantiated accusations.  During the McCarthy era, the level of threat posed by an individual was often greatly exaggerated and many people suffered the destruction of their careers as a result.

I wonder what will happen as a result of the Bar’s scarlet letter list of lawyers, because it occurs to me that once you’ve published such a list, it becomes very hard to find someone not guilty… as it would require admitting that the Chief Trial Council and others at the Bar had made a terrible mistake.

And when I consider how many mistakes my government and the State Bar have made to date as related to the foreclosure crisis, and how few they’ve been willing to acknowledge… I’m having a hard time picturing them as having changed when it comes to admitting even more serious errors in judgment.

Let’s all watch closely as see how each one turns out.