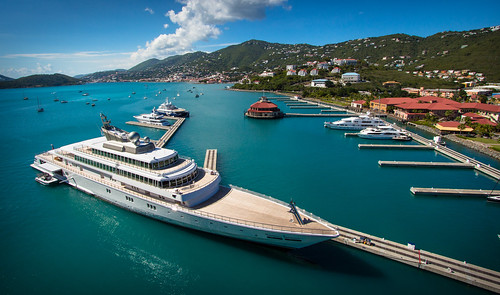 Billionaire David Geffen completely humiliated himself last weekend when he decided to tell the world how he’s escaping to the Caribbean to avoid Covid-19. His Instagram post read:

“Isolated in the Grenadines avoiding the virus.  I’m hoping everybody is staying safe.”

His statement was accompanied by a photo of where he has isolated… aboard his 454-foot mega-yacht, Rising Sun, which according to Bloomberg, is one of the world’s largest private vessels.

He’s hoping everybody stays safe… that’s nice of him to say, don’t you think?

Pop icon, Madonna, “from a milky bath sprinkled with rose petals,” as CNN put it, also chimed in on the global pandemic pointing out that Covid-19 “doesn’t discriminate.”

With piano playing in the background, Madonna said on both Twitter and Instagram: “That’s the thing about Covid-19.  It doesn’t care about how rich you are, how famous you are, how funny you are, how smart you are, where you live, how old you are, what amazing stories you can tell.”

Thanks, Madonna?  It’s “terrible” that because it has made us all equal?  I don’t even know what she’s trying to say.

The LA Times reported that Ellen DeGeneres told the world how bored she is, as she called her celebrity friends like John Legend, Justin Timberlake and Chrissy Teigen, to find out how they’re faring in their homes… I mean, in their mansions.

Apparently, Ellen is so incredibly bored that she said that she wishes she had children of her own to care for during this difficult time.

Yep, that’s actually the same reason that I had children… I was bored.

Barbara Streisand echoed Madonna’s sentiment, telling her fans: “I don’t mean to sound sappy, but we really do need each other for support right now, because this disease doesn’t discriminate between poor people or rich people. It doesn’t care about the color of your skin. A virus doesn’t have a nationality. It knows no borders.”

Lady Gaga said: “… we’re all in this together.”

But, are we really?  Are we ALL suffering through this?  Is this really hard on everyone?  Is this “the great equalizer?”

David Geffen is reportedly worth about $9 billion.  His yacht, on which he says he’s now “isolating,” has a crew of 45… a movie theater, a gym and a wine cellar.  So, he’s out there in the Caribbean all alone… with 45 people… his own movie theater, gym and wine cellar.  I hope he’s holding up okay.

Of course, he could also “isolate” in his $50 million estate in the Hamptons. Or, in his $20 million estate on the beach in Malibu, California.  Or, in his Beverly Hills home, which was originally built for Hollywood mogul, Jack Warner, and has a wonderful tennis court and indoor pool.  He doesn’t have to worry about flying commercial because he can fly home on his $70 million Gulfstream private jet.

Geffen is known for creating Asylum Records in 1970 and Geffen Records in 1980. Geffen Records launched the careers of the Eagles, Aerosmith and Guns N’ Roses.  He is also one of the three founders of DreamWorks, along with Steven Spielberg and Jeffry Katzenberg… and I do love DreamWorks movies.

Madonna, who is considered the second richest singer in the world, is reportedly worth about $850 million. That’s nothing compared with Mr. Geffen, but it’s nothing to sneeze at either.  She owns homes all over the world.

Most of the time, she reportedly lives in Portugal, having purchased the historic Quinta do Relógio estate located in Sintra, Portugal, about 20 miles outside of Lisbon for roughly $9 million.  The home is described as a “massive 16,146 square foot Moorish revival home was built in the 18th century and has 4-bedrooms and 7-bathrooms.”

It also includes her own lake surrounded by a forest of trees and lush vegetation and there’s a guesthouse/caretaker’s cottage on the property that’s perfect for housing guests… when you’re not isolating, of course.

Madonna can also decide to “isolate” in her $40 million Manhattan townhouse, which reportedly has 13 bedrooms, an enormous library and a 3,000 square foot garden, a true rarity in Manhattan where prices per square foot average roughly $1800… and top out on the upper East Side for $10,000 per square foot, which makes her garden alone worth at least $6 million.

Barbara Streisand is reportedly worth about $400 million.  Lady Gaga is worth about $275 million and makes income of roughly $50 million a year.

Look, these are all extremely smart and talented people who should be financially successful and I don’t begrudge them their success.  But, as far as anything we’re going through today being “the great equalizer,” my best advice to these mega-wealthy individuals would be to shut the f&#k up.  Covid-19 is not “equalizing” anything.

I understand that the virus doesn’t discriminate… anyone can get it.  So, if that’s all we’re talking about, then fine… it doesn’t discriminate.  But that’s where that discussion ends.  After that, the wealthiest among us have advantages during this extraordinary time that the rest of us can’t even imagine.

It’s the opposite of the great equalizer… it’s actually the great un-equalizer.

First of all, let’s just bring up the obvious… to socially distance, the prerequisite is “distance” and distance is a lot easier when you have a 450-foot yacht or a 20,000-foot mansion with an indoor pool and a gym.  It’s harder when you’re living in an apartment with a couple of kids.

So, if you have countless millions in the bank… please shut the f#@k up about how this virus doesn’t discriminate.  It’s not the point.  And it’s insensitive at a level I’ve never even imagined.

Regular people have had to make a choice between getting a paycheck and putting their lives at risk. Madonna didn’t have to make that choice.  She simply filled her bath with rose petals and told her fans to hang in there because we’re all in this together?  Shut up, Ms. Material Girl. 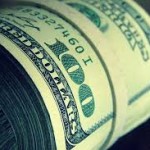 The answer is money.  What was your question?

NBA players, regardless of having no symptoms, wanted to be tested for Covid-19… and guess what?  They got tested… even though, as Bloomberg points out, the testing guidelines from the U.S. Centers for Disease Control and Prevention state that only patients with symptoms who are sick, elderly, or have chronic conditions should be tested.

Why did the NBA players get their tests?  According to Nets General Manager Sean Marks: “Players wanted to be tested. It wasn’t even close.  Everybody wanted the testing.”

Yeah, I’m sure that’s true.  They wanted the Corona virus test.  Wanted it.  So, they got it.

Bloomberg reported that meanwhile, “a 41-year-old insurance consultant in Long Beach couldn’t get a test despite his worsening headache and dry cough.”  And, our own friend’s twenty-something son came home from Spring Break in San Francisco with flu-like symptoms only to be told by the Emergency Room to go home and rest, with no testing involved.

Apparently, Ventec Life Systems, a maker of portable ventilators, is getting “hundreds of inquiries” from people who want to buy their own ventilator and don’t care what it costs.  The company says it doesn’t “sell directly to individuals,” but that doesn’t make me feel that much better.  I’m sure that the mega-rich have corporations they could use to purchase whatever they want, right?

I have no idea what a portable ventilator costs, but I’m pretty sure that I can’t afford one.

So, are we all in this together?  Maybe in some ways we are, but we’re not all going through it together or in the same way… and when it’s finally over, we certainly won’t be any more equal than we were before it started.

P.S. In case you’re wondering why I bothered writing this, there are two reasons.  One is that it offends me that mega-rich people said some very stupid and insensitive things.  The other is that it’s time for me to start writing and podcasting again.  This crisis promises to be everything the 2008 crisis was… and more.  And I’ll try to keep things straight so stay tuned… click here to SUBSCRIBE and you won’t miss a post.