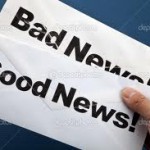 HELOC stands for Home Equity Line of Credit, and it’s the most common way for people to tap the equity in their homes.

HELOCs are loans secured by the equity in a home.  They require borrowers to make interest only payments on the money borrowed for the first 10 years   After 10 years, they become fully amortized loans, meaning that the borrower must start making monthly payments of both principal and interest.

That means that after 10 years, if not repaid or refinanced, the monthly payments on a HELOC can increase significantly.  Most of the time, after 10 years, borrowers refinance their mortgages in order to pay off their HELOCs, which is fine as long as they’re still working and/or have the income to qualify for a new mortgage.

But for people in their 60s or 70s, refinancing in 10 years may be difficult or even impossible leaving them stuck having to make the higher monthly payment at the worst possible time.  And that’s when things can become a real problem.

Many things change as we get older and one of those changes is that our incomes tend to go down as we age.  Few people see their incomes increase between age 65 and 75, for example.  Getting older can also mean increased health care related costs.  And who knows how much the house will go up in ten years?

There are many good reasons for people to access their home’s equity, however. Home improvements and debt consolidation are the most common reasons that people use HELOCs and there’s nothing wrong with that… unless you’re retired. 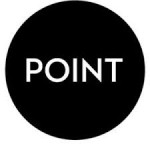 HELOCs were never designed for retirees.  They are designed for working-age people… people whose incomes tend to rise over 10 years and then can expect to refinance the loan when it fully amortizes and the monthly payments increase.  That’s the opposite of someone who’s 65 or 70 and retired.

Your income may very well increase between age 50 and 60… even between 55 and 65, but after that incomes go down, while too often expenses go up.  Reduced income and higher expenses may mean that refinancing a mortgage is impossible, so before taking out a HELOC, you need to consider that you may get stuck having to make the higher payments when your HELOC is ten years old… and you’re ten years older.

It’s just not a great idea and too often it ends badly or causes undue hardship.

Okay, so why am I writing this?  I’m writing this because there are several alternatives to a HELOC that are available to homeowners over age 62. And people need to know about them… because they can be much better for older homeowners.

One new example is called the Platinum Line of Credit (“PLOC”) and it’s available from Longbridge Financial.

That difference alone makes the PLOC a better choice than the HELOC.  Why would anyone choose a loan that requires monthly mortgage payments when you could choose one that doesn’t?  With the PLOC, you can make mortgage payments whenever you want to… monthly, quarterly, annually… it doesn’t matter and it’s totally up to you. 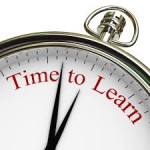 In addition, after 10 years, the PLOC doesn’t fully amortize for 20 years, like the HELOC does, so there’s no payment shock as there can be when HELOC payments increase after 10 years.  And the PLOC is a “non-recourse” loan, so even if real estate crashed as it did in 2008, your estate would never owe more than the home’s current market value*.

Those things also make the PLOC better than the HELOC for older homeowners.

After 10 years, you can’t borrow from it again unless you were to renew it, but you still don’t have to make mortgage payments if you don’t want to, in which case the interest will accrue to the balance.  It doesn’t have to be repaid until the homeowner(s) either die or sell the home.

That makes it a lot better than the HELOC, especially for older homeowners.

The PLOC costs about the same as the HELOC and the interest rates are competitive, so why would anyone considering a HELOC not choose the PLOC instead?  There’s only one reason I can come up with… they simply don’t know the PLOC option exists. If they did, I have to believe, they’d take it over the HELOC every time.

The reason more people don’t know about the PLOC is two-fold.  For one thing, it’s brand new.  Longbridge only released the PLOC during the fall of last year so it makes sense that not many people know about it today.  The other reason is more troubling.

The only lender that offers the PLOC is Longbridge Financial, so when people walk into their own bank and ask about a HELOC… since their bank doesn’t offer the PLOC… they aren’t told about the PLOC option.  I hate that answer, but it’s true.

Personally, I think all lenders should always recommend the best product for their customers even if they don’t offer that product.  It’s simply too important a decision, especially for older homeowners who can run into financial difficulties due to unexpected medical costs and/or other life events that are hard to recover from once retired.

But, they simply don’t.  Unfortunately, banks will sell their own programs every time, even if there’s something better down the street. 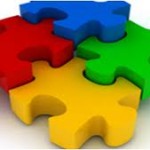 Another alternative to the HELOC is called the HECM Line of Credit (LOC).

HECM stands for Home Equity Conversion Mortgage and it’s the federal government’s reverse mortgage program that allows homeowners over age 62 to access the equity in their homes without having to make a mortgage payment on the loan until death or sale of the home.  Just like with the PLOC, homeowners can make mortgage payments whenever they want to, but they never have to*.

As long as you remain living in your home and pay your property taxes and insurance, the HECM LOC is guaranteed for life, as opposed to only 10 years like the HELOC or PLOC, which can be an important advantage or older homeowners.  The HELOC can be cancelled by the bank at any time.

Retirement today is measured in decades, not years, so many homeowners would benefit from having a line of credit to last as long as they remain in the home*.  And like the PLOC, the HECM LOC is a non-recourse loan, so neither you nor your heirs will ever have to repay more than the current market value of the home.

Plus, the amount you can borrow from the HECM LOC is guaranteed to increase every year by whatever the interest rate is, plus half a percent.  So, let’s say you opened a HECM LOC for $100,000 and the interest rate was 4.5%.  That would mean that the following year, assuming you didn’t borrow from the LOC, your available line of credit would go up to $105,000… (4.5% plus half a percent is 5%.). And that would keep happening year after year.

That means that if you opened a HECM LOC at age 62 for $200,000… and you never borrowed the money, you just let it grow… then in 20 years, you’d have a line of credit of something like $800,000*, and you could use that money income tax-free for any purpose at any time without having to make a payment until you die or sell the home*.  (Amounts are for illustration purposes only.  Actual amounts may vary.)

It’s a good strategy for people who didn’t buy long-term care insurance in their 50s when it was more affordable.  Instead of long-term care insurance, people can open the HECM LOC in their 60s and when they are in their 80s, they’ll have a line of credit that’s available income tax-free and doesn’t require monthly mortgage payments that they can use for in-home care or whatever they need at that time.

And, of course, if they don’t end up needing the money, they don’t have to borrow it.

The HECM LOC does cost more to set up than a HELOC or PLOC, but for homeowners who plan to stay in their homes for many years to come, it can be worth it.  In fact, used properly, it could just be the cheapest insurance policy you’ve ever bought.

Still, according to the 2016 Survey of Consumer Finances by The Urban Institute, for every HECM that’s originated, there are 11 HELOCs taken by people over 62.  Why?  I have to think that people just don’t know what the alternatives are, because if they did… I’m certain this wouldn’t be the case.

If you’re considering a HELOC, or if you have clients considering using a HELOC, you owe it to yourself and your clients to know how the PLOC and HECM LOC alternatives compare.  The HELOC has been around longer, sure.  And it will take time before everyone knows that there are better options for older homeowners.

But, better is better.  The news will spread.

If you want more details on the PLOC from Longbridge Financial, or on the HECM LOC and how it can be integrated into your retirement plan, email me at: manelman@mac.com.  It’s my favorite subject so I’d love to both answer your questions and hear your opinions.  You can also click this link to Longbridge to see a chart comparing the PLOC to the HELOC.