While we have been consumed by the ongoing back and forth between the Trump Administration and Democratic congresswoman, Frederica S. Wilson of Florida, over the condolence call the president made last week to Myeshia Johnson whose husband, Sergeant La David Johnson, was killed in an ambush in Niger roughly two weeks ago… the GOP has been busy implementing its plan to pass the all-important tax cuts.

Last Wednesday, the Senate announced that it would be debating the tax cuts and it barely made the news of the day.  Roughly 24 hours later, on Thursday night, they had already passed a budget resolution blueprint for a $1.5 trillion tax cut.

But, and perhaps even more important was the passage of “reconciliation instructions” that makes a future tax bill filibuster-proof… a final tax cut bill will now only need 51 votes to pass as opposed to 60, and that means it could be passed by Republicans alone.

According to the New York Times…

“The Senate approved the budget after a so-called vote-a-rama, a legislative whirlwind in which amendments are considered one after another.”

See, the Senate actually can get things passed very quickly when properly motivated.

The Senate’s plan calls for $473 billion in cuts from Medicare over 10 years and more than $1 trillion from Medicaid, which shouldn’t be making anyone happy.  However, according to a Congressional Budget Office estimate, the bill will also cut spending by more than $5 trillion over the next 10 years, although details are missing.

Republican leadership in both the House and Senate, working with the White House, created a technical amendment that makes it possible for the House to pass the Senate version as is.

With the mid-term elections now only a year away, Republicans are clearly desperate.  Having failed in their efforts to repeal and replace the Affordable Care Act, aka Obamacare, and with no other legislative accomplishments to speak of, they are understandably worried about losing the majority in the House of Representatives next fall.

(swingleft.com identifies 65 seats in the House as being “swing” seats.  To take back the majority in 2018, the Democrats need to win 24 of those seats.)

To listen to many of the political talking heads, the Republican efforts are doomed to failure, but no one should underestimate what the GOP will be willing to do to get a tax cut bill passed this year.  The pressure on Republicans to come together on tax cuts will be intense, to say the absolute least… and as they say, desperate times call for desperate measures.

That pressure will come from all sides.  In addition to Republican leadership, Trump’s White House is sure to go into attack mode against anyone who opposes the tax cut bill, and the alt-right website, Breitbart.com, has already made it clear that anyone who stands in the way of Trump’s agenda should expect to be challenged by a candidate of their choosing in the midterms.

“This is the last, best chance we will have to cut taxes,” warning that the consequences would be disastrous if they failed.  “That will be the end of us as a party,” Graham said, “because if you’re a Republican and you don’t want to simplify the tax code and cut taxes, what good are you to anybody?”

Mitch McConnell also characterized the situation in similarly dramatic terms: ”… it represents a once-in-a-generation opportunity to replace a failing tax code that holds Americans back with one that works for them.”

The only Republican to vote against the Senate’s bill was Sen. Rand Paul (R-KY), however days later, after speaking with the president, Paul said he would be likely to support a final tax cut bill.  And Senator John McCain has also said that he is likely to support the bill. 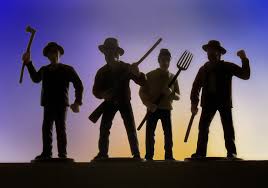 Republicans are great at coming together when they need to.

My point here is that when Republicans were trying to repeal Obamacare, voters made their voices heard, and both attempts failed as a result.  This time around, we shouldn’t expect the GOP to make the same mistakes they made last time around.  In fact, we should expect Republicans to make almost any deal if doing so will make the bill pass.

Obviously, no one is worried about the president signing a tax cut bill once passed by the legislature, so it’s up to the Republicans alone to get it done and the party’s leadership knows all too well that failure is not an option.

For example, after calling it DOA, McConnell has already announced that he would take the bi-partisan bill that would fund the Affordable Care Act to the floor if the president says he’ll sign it.  That’s an indication of things to come.  Watch for Republicans to become more compromise friendly than expected in order to pass something this year.

Tax cuts can impact our economy going forward in any number of ways.  Dynamic scoring is really just a way to make it look like that impact will include so much growth that it won’t add to the national debt.  As Treasury Secretary Mnuchin has already said…

“This (plan) will pay for itself with growth and reduced deductions.”

The Republican-controlled House adopted dynamic scoring last year and it’s no surprise that the Senate has now approved the practice as related to their proposed tax cut.  You see, this tax cut business has been in the works for a long time.

The truth is… dynamic scoring is a long way from being a science.  There’s no formal process to be followed and no written rules on how assumptions are made.  The Tax Policy Center published an article on the practice titled: The Dangers of Dynamic Scoring.  It’s worth reading, but to get an idea of what it says…

“If ‘dynamic scoring’ means that Congress can use any macroeconomic model it wants, then we are thrown back 100 or 150 years in terms of the rigor of our thinking.  There are too many models with a very wide variety of assumptions and implications.  It is not exactly true that you can find a model that will support any claims, but this is sometimes uncomfortably close to the truth.”

The Republicans have been hard at work setting the stage for tax cuts to pass, while the mainstream media in this country has devoted almost all of its time to commenting on the story of President Trump’s condolence call to Myeshia Johnson… or the NFL… or statues of confederate generals… or how he equated neo-Nazis marching in Charlottesville with those that showed up to oppose them.

Meanwhile the Republicans are doing whatever they can to make sure they maintain their majority in the House of Representatives after the midterms and we should all count on them to do the unexpected to make that happen.

They may win or they may lose, but no one should assume that they will walk willingly and helplessly into a firing squad next November.

Tax cut bills are complicated and therefore their impact can be much harder to explain than that of a health care bill.  If we are going to make sure that the middle class benefits from whatever tax cuts are passed, or voice our opposition to whatever is proposed, we need to be paying attention to a lot more than debates over racism.