Home  »  Trump travel-banned Chad.  Chad pulled troops from Niger.  Then our troops were ambushed in Niger and four Americans are dead.  David Andelman reports on CNN.

Trump travel-banned Chad.  Chad pulled troops from Niger.  Then our troops were ambushed in Niger and four Americans are dead.  David Andelman reports on CNN. 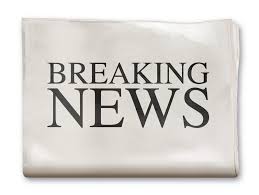 This past week, most of us heard the news that American troops in Niger were ambushed about two weeks ago and four Americans soldiers were killed, but I didn’t see that news as being related to Chad or the president’s travel ban.  Now, however, I’ve learned that I was wrong.

Towards the end of this past September I remember hearing that the Trump Administration was once again trying to get a travel ban in place that the courts would leave alone, only this time Chad was on the banned country list and no one knew why.

I didn’t do anything more than chuckle when I first saw the story and I remember thinking to myself… Chad?  Do we have many people coming here from Chad?  What’s special about Chad?

The other countries on the list were North Korea, Venezuela, Somalia, Syria, Libya and Yemen.  Chad doesn’t belong on that list and everyone knowledgeable about the situation agreed.  I simply put it out of my mind as being just another inexplicable thing on top of the countless other inexplicable things the Trump Administration has done this past year.

A week later, I remember reading something about Chad pulling some troops out of Niger, which to my ear, sounded like something I’d be safe ignoring.  You can’t follow everything, right?

Of course, the only reason I heard about that happening was that President Trump was accused of offending the family of one of the soldiers killed in that ambush when he called to offer condolences.  If President Trump, Rep. Wilson and General Kelly didn’t get into their very public covfefe over what was said on the president’s condolence call, I may never have heard about what happened in Niger.

The truth is… I have no idea where Niger or Chad even are, really.  I mean, I’m sure I could find them on a map, but I only say that because I know they’re both in Africa… and that’s a really big continent on the map, so chances are I’d be able to see the names of the countries.

However, if you showed me a smaller map or one without names of countries on it there’s not a chance I could pin a tail on Chad or Niger. I’m not as dumb as that makes me sound.  It’s just that I’m an American. I speak one language.  I only pretend to like soccer.  I put ketchup on many things.  And most of the time, I can barely remember that there are other countries.

My cousin, David Andelman, however, more than makes up for my apparent and appalling dearth of international knowledge.  He’s been to Chad and Niger, for example… while I’d rather spend a month in winter sleeping under a bridge.  David knows the history of the region and its present situation in great detail.  I had Ethiopian food once.

There should be no question… David is expert in many areas and this is one of them.

So, when I read his article on CNN yesterday about Chad, the Trump Administration and the recent ambush of US troops in Niger… it literally made my head spin a bit.  When I finished reading it, I felt I had to sit down.

Now, I realize that many Trump supporters are likely to hate this story, while the anti-Trump crowd is all but certain to love it.  It’s just the nature of our hyper-polarized political circus, but this isn’t about politics… it’s not a left or right sort of thing… it’s not conservative or liberal.  It does need to be investigated though, I would think, and I’m sure it will be.

I want everyone to know that David’s article is not some sort of partisan hit job intended to cause political harm.  David is as straight and fair as a journalist can be.

When President Trump placed Chad on his latest list of travel banned countries on September 24th, no one understood why, because Chad is our ally.

Chad has been our ally in the war against terrorism.  Libya… no way.  Iran, certainly not.  Somalia and North Korea… not even close.  But, Chad has been supporting US efforts to combat terrorism in that region of the world.  Chad’s troops provide support for US troops in Niger.

According to David’s article…

“Chad’s troops have for some time served as an effective ally in the region — the best fighting force deployed in nearby Niger and Mali, with the best intel and best-trained warriors. They were the best because they were trained by the French and its redoubtable Foreign Legion. I know, because I was there in Chad in 1983 when the French had to send in their forces to backstop them when they thought Libya’s Moammar Gadhafi might invade from the north.”

David also describes Chad as being…

“… utterly allied to the Western anti-terrorist effort in the Sahel — itself a desperately critical part of the success of our war against ISIS and against the spread of Islamic terrorism that is threatening to overrun Africa. If the Pentagon and National Security Council have been searching for the next place where, hydra-like, a post-Raqqa ISIS might rise, they need look no further than here.”

So, imagine Chad’s surprise when on September 24th, they found out that President Trump latest travel ban included their country on the list of banned countries… a list that supposedly contains countries considered to be terrorist threats.  But, Chad is one of the good guys — one of the countries helping us fight terrorism.  Why would they be on such a list?

When Chad found out they had been placed on the list of banned countries, their diplomats reached out to our State Department, but got nowhere.  Then they tried contacting our Department of Homeland Security, but bottom-line… there was nothing anyone could do about it.

Chad didn’t understand. They made public diplomatic statements about relations with the U.S. and still nothing.  So, about a week later Chad withdrew its troops from Niger where they had been supporting U.S. anti-terrorist efforts in the region.  And a week after that, our troops in Niger, now outgunned, were ambushed and four American soldiers are dead as a result.

Those are the facts.

Foreign Policy Magazine wrote an article about the cost of losing Chad as an ally titled: “America Should Beware a Chadian Military Scorned.”  The subhead reads: “Stung by its inclusion on the Trump Administration’s travel ban, Chad is already making life harder for U.S. Troops in Africa.”

On the topic of Chad and U.S. relations, that article said the following…

“The move came as a shock to most observers, not least because Chad, in the White House’s own words, is an ‘important and valuable counterterrorism partner’ in a region threatened by al Qaeda, the Islamic State, and Boko Haram.”

Did President Trump place Chad on his list of travel banned countries for some underlying and unknown reason?  Or, was what happened to our troops in Niger simply an unavoidable tragedy?  Whose idea was it to place Chad on that list, thus seriously damaging our relationship with an important ally in our ongoing war on terror?

We need to know the answers to these questions because American lives are at stake.

“Now Washington may learn, in the least pleasant fashion possible, just how important and valuable Chad has been.”

I don’t know about you, but I hate the sound of that.

Should Chad should be removed from the list before we permanently lose an important ally… and before anyone else is ambushed.

As David explains in his article…

“Chad’s troops, one of the major components of the multinational force in Niger, are largely gone. They had been assembled to patrol, defend and especially to understand this vast stretch of largely barren desert that includes Mali and Niger — a combined territory nearly four times the size of Texas. Few could understand it better or be better equipped to fight there than the army of Chad. I’ve seen that first-hand. Donald Trump has not.”

I would imagine that, along with many others in this country today, I’ve worried at least a little that President Trump’s impulse to break with established protocols and charge ahead without consulting others, could one day cause real harm… or even get someone killed.

I truly hope that is NOT what happened here, but the American people have the right to know what did happen here, right?

“It’s urgent that we uncover quickly just what led to this terrible disaster. Mr. President, you must see it as your highest priority to find out what or who is really behind the deaths of these four heroic young men.”

Here’s another link to David’s article on CNN.com.

Today, David is writing for CNN and USA Today, but he’s been a prominent and very well-respected journalist throughout his professional life.  For years he was a foreign correspondent for The New York Times in Asia and Europe, and Paris correspondent for CBS News. I think he’s reported from over 100 countries.

When I was a kid, I remember watching him on CBS News, reporting as White House Correspondent, while standing with The White House in the background.  In 2008, he was named editor of the World Policy Journal.  In 2010, he was elected president of the Overseas Press Club of America, and he’s a member of the Board of Governors for the Council on Foreign Relations.

He graduated from Harvard and then from the Colombia Graduate School of Journalism, and he is the author of there books, one of which is titled: “A Shattered Peace: Versailles 1919 and the Price We Pay Today,” which is described as “a look at the origins of many of today’s deepest global crises including the war in Iraq.”  (Find him on Wikipedia here.

He’s also a member of the Century Club in Manhattan — he took me to lunch there about a month ago, as a matter of fact.  (It’s a very cool place, I have to say, and the food was excellent. Plus, if you don’t dress in a sport coat when traveling, like I often don’t, they’ll loan you one – lol.)

My favorite story about David is that Hunter S. Thompson once described him as:

“…one of those people you’d automatically choose to be plunged into a vat of aboriginal clap-spoor, just to test the effects.” According to Wikipedia, “Thompson was describing an incident earlier in the year when Andelman had arrived in Laos on assignment for The New York Times and wanted to take over a hotel suite that Thompson had been using.”

Pretty cool, right?  I’m planning to have David as a guest on a Mandelman Matters Podcast so soon you’ll be able to hear what he has to say for yourself.