Home  »  Erwin Chemerinsky: Does Anything Trump the U.S. Constitution? A Mandelman Matters Podcast

Late on the night of the election, while still in shock that Donald Trump had actually won and therefore unable to sleep, I sat down at my computer to read Donald Trump’s First 100 Day Plan.  It wasn’t packed with surprises or anything, it was a listing of the same things he spoke of during his campaign.

As I sat there reading my mind kept asking: Can he really do any of this?  Can you really round up undocumented workers and deport them without due process?  Can he force states to comply or will states rights win the day. Will congress go along with all of his ideas… and at what point might the Supreme Court be asked to weigh in? 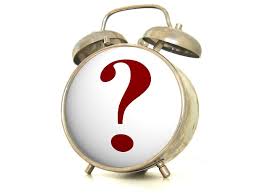 I felt sure that our constitution would protect us from some of Trump’s more outrageous promises, but I wasn’t really sure, so I knew I’d have to find some expert legal assistance… and who could possibly be better when it comes to constitutional law than Erwin Chemerinsky.

Erwin Chemerinsky is the founding Dean and Distinguished Professor of Law, and the Raymond Pryke Professor of First Amendment Law, at University of California, Irvine School of Law, with a joint appointment in Political Science.  He holds a law degree from Harvard Law School and a bachelor’s degree from Northwestern University.

In January 2014, National Jurist magazine named Dean Chemerinsky, “the most influential person in legal education in the United States.”

He’s written 10 books, including “The Case Against the Supreme Court,” published by Viking in 2014, and two books to be published by Yale University Press in 2017, “Closing the Courthouse Doors: How the Supreme Court Made Your Rights Unenforceable,” and “Renewing Free Speech on College Campuses (with Howard Gillman).”

He’s also written over 200 law review articles along with monthly columns for the ABA Journal and the Daily Journal,  along with frequent op-eds in newspapers across the country.  He’s widely considered one of the country’s top constitutional law scholars.

So, turn up your speakers CLICK PLAY below and get ready to find out what, if anything, trumps the U.S. constitution… with Professor Erwin Chemerinsky.  On this, a Mandelman Matters Podcast.