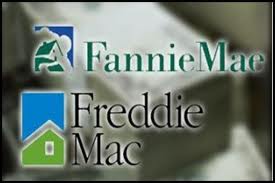 It’s ironic, to say the least, but apparently Fannie Mae’s CEO and I agree on something: Both candidates should be talking more about housing.  In a recent article on National Mortgage News, Fannie’s CEO, Tim Mayopoulos, was quoted as saying the following…

“What’s been striking to me is that despite the fact that we came through a financial crisis that had housing issues at its core, there’s really been no discussion about housing policy.  Neither of the candidates has really advanced any strong views or positions around housing policy going forward.”

Not only do I agree with Fannie’s CEO on that point, but I’ve been saying and writing the same thing during every political campaign since 2008… not that its made any difference because it most certainly has not.

So, this time around, I didn’t even bothered to mention it… until now.

I can’t think of a single issue on which I have agreed with Fannie Mae or Freddie Mac over the last eight years.  And I know that I’ve written dozens of articles criticizing both organizations for their positions and performance throughout the economic meltdown and resulting foreclosure crisis.

However, now Fannie and I apparently agree on one thing… the candidates are both missing the boat by ignoring future U.S. housing policy in their respective campaigns.

Just consider the numbers involved.  Depending on which report you choose to believe, we’ve lost between six and nine million homes to foreclosure since the financial meltdown began in 2008.  Add to those millions, the five or six million homeowners that have avoided foreclosure through a loan modification or short sale, and you have an audience of over 10 million American households that can’t be too happy about U.S. housing policy in general.

If you assume that each household has three occupants that suffered through the foreclosure crisis, the total number of potential voters unhappy with government’s promises and performance approaches 30 million.

In addition, since we still have close to three million homeowners in this country who are still at risk of losing homes to foreclosure, there have to be many more that are unhappy with how the banks have been treated as they’ve mistreated so many others in so many ways over the last few years.

And what about getting support from the Millennials, a group who should be driving first time home sales to new highs, but for numerous reasons are not?

Mayopoulos also mentioned millennials’ views on housing, saying that members of this demographic segment, “have the very same aspiration to own homes as previous generations including baby boomers like me.  Whether they’ll be able to deliver on that aspiration is another question.”

So, with that in mind, shouldn’t both campaigns be looking for issues that will attract this group to the polls, as Bernie Sanders did so effectively during the primaries?  One would certainly think so.

Wouldn’t it make sense that both candidates would be talking to Millennials, assuring them that their future will be brighter based on either candidate’s programs designed to create jobs and prosperity that will allow them to own homes and participate in the American Dream?

No matter how you want to parse the numbers, it should be abundantly clear that there are tens of millions of Americans that are very likely to be less than happy about housing policy in this country, and yet both Hillary Clinton and Donald Trump seem to have chosen to totally ignore the issue.

I remember when Mitt Romney was running against President Obama in 2012.  He was campaigning in Las Vegas, Nevada, which was as hard hit a state as any in the country, when he was asked for his views on solutions to the foreclosure crisis and he replied by saying something about how we needed to foreclose faster.

Surely, both campaigns have smart people who can point out that there’s a sizable number of voters for whom housing policy is a major issue and/or source of dissatisfaction.  So, why is the subject simply ignored, not only by one, but by both sides of the political divide?

At a minimum, wouldn’t you expect to hear Hillary talking about what she plans to do about affordable housing in this country?  We have a huge shortage in this area and doesn’t it sound like something a Democrat would be mentioning?  And shouldn’t Donald Trump be saying something critical about the current administration’s mishandling of the foreclosure crisis that has left it largely unsolved after having eight years to fix it?

Lastly, with HAMP, the Obama Administration’s Home Affordable Modification Program, set to end on December 31st, and considering the program’s well known limited success, one would also think that one or both candidates would have something to say about that.

Is either candidate planning to do anything further to address the ongoing foreclosures and vacant properties that continue to weigh down housing markets all over the country?  To listen to either one, the answer would have to be… who knows? 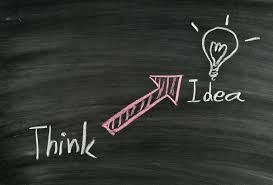 It’s not like there are so many other important issues for the candidates to address that they don’t have time to squeeze in one more.  I mean, if they have time to talk about Miss Universe gaining weight, or former President Clinton’s infidelity… or to delve into issues like getting rid of carried interest, a topic I’m sure very few voters even understand… shouldn’t they be able to find time to say something about an issue that has caused so much harm to so many for so long?

It would seem that the answer is obviously yes, and yet this campaign continues to be dominated by personal attacks of one by the other, while many of the real concerns held by tens of millions of Americans are ignored in their entirety.

Is it so hard to imagine, with the race being tight in several key states, that taking a popular position on improving the housing market could mean the difference between winning and losing in November?

This election season has been nothing if not strange in so many ways, but if it wasn’t strange enough already, its now left me in complete agreement with the CEO of Fannie Mae.  I guess that’s what they mean when the say “politics makes strange bedfellows.”