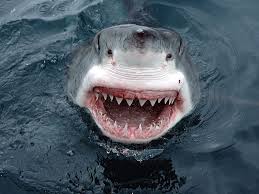 It’s almost like reading the year after the 9-11 tragedy that Al Qaeda was awarded the multi-billion contract to rebuild the World Trade Center.  It’s not a perfect analogy, of course, but when I read today’s DealB%k column in The New York Times this morning, that’s the analogy that came to mind.

After the nausea subsided, however, I felt like contacting this new company whose founder, Daniel Sparks, was once in charge of Goldman Sachs’s mortgage department.  While Sparks was at Goldman, he “helped make the bank more than a billion dollars betting against the market as housing prices began to crash in 2007,” according to the first paragraph in the Times’ article.

All of a sudden I had this crazy urge to beg him to hire me… or maybe to shoot me in the head.  I honestly didn’t know which way I wanted to go.

The next paragraph explains that Sparks’ new investment firm, Shelter Growth Capital Partners, which he founded in 2014, along with two other former Goldman Sachs executives.  Apparently, Shelter has raised $500 million for this scheme and has been using the funds to buy homes already lost to foreclosure in order to resell them “as is” to low income, sub-prime buyers who have lost their homes to foreclosure.

Instead of a traditional mortgage, these lucky buyers are required to sign long-term, high interest installment contracts.  The homes Shelter has purchased are said to be located in two dozed states, but according to RealtyTrac, the majority are in Michigan, Ohio, Missouri and Alabama.

Are you sitting down?

The terms mentioned were “10 percent interest or a monthly base payment of $314.”  It also said that the length of the contract could be 20-40 years… and that doesn’t include property taxes or insurance.  The article didn’t mention whether there was a down payment required or not, but I’m just as sure as I can be that these loans all require full documentation of income and expenses and are very carefully underwritten, aren’t you?

Before I go on any further, in case the name “Daniel Sparks” sounds remotely familiar, Dan’s one of the Goldman Sachs chums that so many of us watched on television about six years ago as he was grilled by Democratic Senator from Michigan, Carl Levin during a Senate hearing.

Here’s how the Times’ article described the unforgettable scene…

During the proceedings, Mr. Levin pressed Mr. Sparks on why a Goldman colleague had used profanity in an email describing the quality of one such mortgage security that the firm was selling to institutional investors.

A somewhat uncomfortable-looking Mr. Sparks responded at the time that he interpreted the email to mean that “my performance on that deal was not good.”

Did either of those sentences make any sense to you?  Sen. Levin asked Sparks why his Goldman pal had used profanity in an email.  In case you don’t remember, the guy called a deal Goldman was selling “one shitty deal.”  And the response from Sparks was that he thought it meant, “my performance on that deal was not good?”

What on God’s green Earth does that mean?  Sparks thought that calling the deal “shitty” was intended to be a reference to the author denigrating his own performance?

I really have to ask for a favor here… is there anyone out there that buys that explanation?

Lord, I cannot help it… all I can think about is tossing this guy off the top of a 12-story parking garage and waving at him all the way down to splat.  That thought should disgust me, but instead in my dream when he goes splat, I cheer and feel warm and happy.

That can’t be good… I think when this mess is over, or when I finally throw in the towel as far as writing about it… I’m probably going to end up needing years of therapy and perhaps copious amounts of lithium to boot.

Sorry, I lost my train of thought for a moment…

The things is, as distasteful as this may feel and appear, Shelter Growth Capital Partners is far from being the only investment firm in this game of grotesque greed and inconceivable callousness.  In fact, there are many similar firms all popping up to see if they can find themselves some poor folk to screw over… I mean to help buy back their American Dream.

One firm that I’d describe as a ‘brother from another mother’ goes by the name, Harbour Portfolio Advisors, that has a Facebook page and was founded by Charles A. Vose III.  It’s a firm in Dallas that for years now has been specializing in selling the foreclosures it buys to low-income folk using something called “a contract for deed,” which is basically just a long-term, high-interest loan, that they promise you’ll own one day… and you just might… as long as you keep buying those lottery tickets religiously.

Because baby, if you miss a payment or two, I’m pretty sure that you won’t have to worry about sitting on hold with Bank of America or Ocwen losing your paperwork ten times as you try to get your loan modified.  You fall behind on one of these spring loaded, snapping turtle loan contracts, and I’m sure you’ll be lucky to get packed before you get tossed.

I can’t help but wonder if these companies send the sheriff to get you out… or if the cast from the movie Goodfellas shows up on eviction day.  I mean, if the Joe Pesci character from Goodfellas ever shows up at my house, I probably won’t be suing him based on the date my loan was assigned.  Not because I wouldn’t want to, but more because no attorney would live long enough to take the case.

On Shelter’s website it says the company is: “creating investments to capitalize on the next phase of the U.S. mortgage market.”

Great.  This is what “the next phase of the US mortgage market” looks like?  Awesome… just absolutely awesome.  And you were worried about whether Dodd Frank went far enough?  That’s funny… LOL.

Now get this, as quoted from the Times’ article…

“Shelter Growth paid an average of $22,000 for the homes it bought from Harbour, according to public filings and RealtyTrac. Harbour, for its part, bought most of the homes in its portfolio for an average of $8,000, through bulk sales by Fannie Mae.”

Fannie Mae, the government owned enterprise that has spent the last eight years refusing to allow principal reductions has been selling the homes it forecloses on for $8,000?

That’s it.  I’m losing it.  It won’t be long now and I’ll be in my bed under the covers trying to suppress the urge to do something stupid… or maybe I’ll just go have a few drinks.  Can anyone recommend a bar in Southern California that opens at 6:00 AM and accepts Texaco cards?  (If so, email me the name and directions at #eatagunforbreakfast.)

“the documents do not provide buyers with a specified time period to remedy a default, give Harbour the right to immediately convert the agreement to a month-to-month tenancy upon a default, and include an arbitration clause for settling some disputes.”

Oh, perfect.  Well, at least these contracts that they get poor people to sign are obviously in compliance with all the new federal and state laws that protect homeowners from predatory foreclosure.  It only took this country five or six hellish years to put those protections in place and these guys tossed them aside like they were getting rid of a used Kleenex in a strong wind.

Harbour uses a firm called National Asset Advisors to service its contracts, which the Times article says “operates out of a partly empty strip mall on the outskirts of Columbia, S.C.”

Oh. come on now.  Is anyone reading this either from or currently anywhere near the outskirts of Columbia, South Carolina?  If so, please email me at mandelman@mac.com immediately… I’d like to offer you a job.

They’ve spit on and circumvented the intent of every consumer protection regulation ever written, they’re targeting poor people… most of whom probably never finished their doctorates… and doing all of that and more over the last several years caused less commotion than my car alarm does when it goes off in a parking lot.

I want to know what Donald Trump, Hillary Clinton, or President Obama… any of the usual suspects, have to say about this, don’t you?  I’m serious about this.  Is this just okay with everyone… with anyone?

If I ask everyone to write to Hillary, Donald, President Obama… you’re elected congressional representatives… you’re mom or dad, I don’t care… if I ask you to write to anyone you feel like writing to… will you do it?  I don’t mean six of you… I don’t mean 20 of you either.

Will you not only take the time to pass this story along by clicking SHARE or LIKE or by sending a link to your friend in another city or two your local newspaper?  Will hundreds of you do something to shine a light on this inconceivable travesty that’s so over the top that were it a story in a movie, I don’t think it would be believable to the audience.

Because if you don’t… if we don’t even ask about what’s going on here then we all deserve everything we’ve gotten since 2008 and more.

If you don’t utter a peep about this, then we should all shut up about how the middle class in this country has been raped and pillaged into a shaky existence, living only a paycheck or two away from the poverty line and one good medical problem away from losing their homes.

If we don’t say a word about this, then we weren’t raped… we consented… essentially we took off our clothes, hopped up onto the pool table… and never told a soul.

And because we went quietly, someone else is getting it today… and someone else will be on the table tomorrow.  And soon we’ll improve our ability to look away and to pretend we never saw what was happening.  We’ll tell ourselves there was nothing we could do about it anyway.  It wasn’t our job to stop it anyway.  Someone else should have done something… said something… stood up to be counted.

See, the thing is… I already know the answer to my question and it breaks my heart that the answer will be no… not that people will say they NO, but no more than a handful of you will utter a word about this story, so this story is the beginning, not the end.

And I can’t help it… that makes me sad.

Or maybe I’m the one who isn’t looking at this right.  Maybe what’s going on is just fine in this country, and either I should get with the program or move somewhere I can’t speak or read the language.  I honestly don’t even know anymore.