Home  »  Average Home Prices Are Irrelevant for You or Me

Average Home Prices Are Irrelevant for You or Me 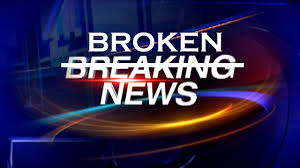 I see a lot of headlines proclaiming that “average home prices are up!”  In fact, in many instances, they seem to defy the rules of supply and demand in that even as demand falls, home prices continue to be reported as being on the rise… and that’s not supposed to happen.  (For starters, see: The Epic Fail of Boomerang Homebuyers.)

There are several reasons for home prices to rise in certain areas.  One is the extremely limited supply of homes for sale in some neighborhoods.  For example, we haven’t had a home go up for sale on our block in maybe two years, so it’s not hard to imagine that if one does come on the market, it’ll fetch a good price.  Scarcity does tend to make prices rise.

Another factor has been the high percentage of investor (read: all cash) sales.  Investor dollars almost always drive prices higher as they compete for limited inventory.

But, none of that is what I want to write about here.

What I want to point out is that “average home prices” are actually irrelevant to me or you… or any other individual homeowners for that matter because average home prices don’t really even exist.  Here’s what I mean…

Does that have any impact on the rest of the riders on that bus, however?  Obviously, the answer is no.

Well, so is the case with “average” home prices.

You might read a headline that says that home prices in Los Angeles have gone up 6 percent since a year ago, but does that mean YOUR home’s value has increased by 6 percent since the prior year?  No, it does not.

Recently, I was talking to a Realtor in Southern California.  He was positive that his home had gone up in value over the last year, after reading all the press reports about home values having risen.  He told me his home would appraise for $550,000.

Another homeowner in Northern California.  Last year, his home appraised for $600,000.  He assumed that this year it would be worth even more… and maybe he would have been right and it would have gone up some… except that the house next door went into foreclosure and is now sitting vacant.

The average home price in California is impacted by homes in areas like San Francisco, Silicon Valley, the myriad of pricey beach communities… the OC, LA and Beverly Hills.  Those places have nothing to do with wherever it is that you live… I don’t even think they have anything to do with reality as a whole.

Those super-posh communities are just like Bill Gates or Warren Buffett getting on that bus.  They raise the average, but no one’s home is average and the average price going up doesn’t mean your home went up with it.

The national or even statewide average home price is only useful if you’re writing an article that’s intended to pump everyone up about how well they’re doing… even if they’re not.

The moral of the story…

The moral of the story is twofold.  For one thing, every major forecast is predicting home prices will fall over the next 2-3 years.  Some say they’ll pull back by 10 percent, others say they could drop by as much as 20 percent.  Either way, we’re talking averages again, but no credible source is saying the averages will rise in the 2-3 years ahead.

The two homeowners I referenced above were both hoping to refinance their mortgages to HECM reverse mortgages.  Waiting cost each one tens of thousands of dollars, and one of them may no longer qualify due to the decline in the home’s value caused simply by a foreclosure occurring right next door.

The point is… don’t get too comfortable that things are back to normal because they’re not.

And if you’re over 62, find out whether you can switch to a HECM now so that if you can’t cover the payments in the years ahead, you won’t find yourself forced to sell the home or facing foreclosure.  For more information on how you might use the HECM reverse mortgage products either to refinance or buy a new home, you can email me at mandelman@mac.com.