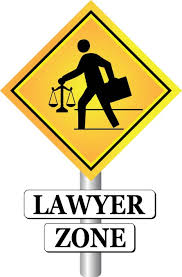 I first met Richard Antognini a couple of years ago following his appellate court victory in the Glaski case. ┬ĀI was on my way on vacation when the decision was handed down and Richard was very gracious with his time so that I could cover what had happened in a comprehensive way and still make my flight… LOL.

Not only did he help me with the article about the Glaski decision, that almost 30,000 people read, but he was also a guest on a Mandelman Matters Podcast that thousands of people listened to, as well… and more than a few attorneys and homeowners told me┬Āthat they listened to that podcast multiple times.

Well, Richard is once again making headlines… he’s the lawyer who took the Yvanova v. New Century Mortgage case all the way to California’s Supreme Court, and a couple weeks ago now, he received a decision that, while not everything consumers would have wanted, at the very least opens a door to an improved landscape for homeowners at risk of foreclosure.

I wrote an article about the landmark decision, which you can find HERE. ┬ĀAnd I had Max Gardner as a guest on my podcast to comment on the case, and you can listen to what Max had to say HERE.

But now, let’s go straight to the horses mouth… with Richard Antognini as he discusses the California Supreme Court’s ruling… what he sees happening next, and why he thinks the decision will be influential all over the country.

Turn up your speakers and get ready… it’s another Mandelman Matters Podcast that shouldn’t be missed.