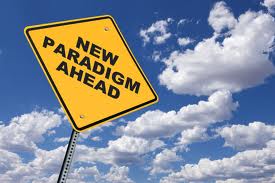 Does the Yvanova decision by California’s Supreme Court mean that a new paradigm is ahead for homeowners and foreclosure defense strategies?

Los Angeles based attorney, Mark Didak, says yes. ¬ÝHe wrote an amicus brief in the Yvanova v. New Century Mortgage case, recently decided by California’s Supreme Court. ¬ÝAn amicus brief comes from the Latin, “friend of the court,” and such briefs are filed with the court by individuals who are not directly involved in the case.¬Ý They are often quite influential and helpful to the judges in the case.

Mark Didak is about as pro-homeowner as anyone can be. ¬ÝHe’s represented homeowners in foreclosure since the early days of the crisis, and he’s argued cases based on the same sorts of arguments made in the Yvanova case. ¬ÝHe knows the challenges involved in proving something is “void” versus “voidable.” ¬ÝAnd he’e very good at explaining things so just about anyone can understand.

I think these podcasts are¬Ýimportant because they allow¬Ýhomeowners to hear the many different opinions attorneys have on¬Ýwhat the Yvanova decision means going forward, and lawyers often say they appreciate hearing the views held by their peers, as well. ¬ÝSo, turn up your speakers and get ready to listen to attorney Mark Didak, as he shares his views and his excitement over the Yvanova v. New Century decision by the California Supreme Court.