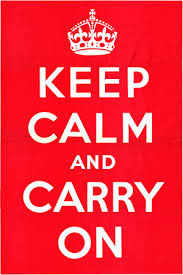 Honestly, I don’t know how I missed this tidbit of barely covered yet critically important news but somehow I did.  And it’s not like I wasn’t both looking for it and fully expecting it once again… just as I have every year.

I’m talking about the Mortgage Forgiveness Debt Relief Act of 2007, which was set to expire again at the end of 2015, but has been extended again… this time until the end of 2016, after which time I’d bet almost anything it will be extended until 2017.  After that, I’ll be looking for the 2018 extension, and I’m forecasting that extension will remain in place until it’s extended through 2019.

And why do I think it will continue to be extended for the foreseeable future?  Because the foreclosure crisis won’t end until we do something to end it… and we’re certainly not doing anything that might lead to that.

I feel a lot like I’m doing George Carlin’s weather forecast routine: “Weather forecast for tonight: dark. Continued dark overnight, with widely scattered light by morning,” which was not only funny but highly likely to subsequently be proven accurate.

So, to make sure that we all know what we’re talking about here…

Absent the Mortgage Forgiveness Debt Relief Act of 2007, which is also known by the sort of acronym that could only be conceived of by those for whom English is a second language: MFDRA… debt that a lender forgives becomes taxable income to the borrower.

That means that, without this Act of 2007 and its ongoing extensions, if your lender approved your short sale, allowing you to sell your home for $200,000 even though your mortgage balance was $300,000, you could expect the IRS to consider the $100,000 being forgiven to be taxable income.

You might be wondering why, without this Act from 2007, anyone would ever want to short sale their underwater home, and the answer is easy… they wouldn’t.  Given the option of having to pay ordinary income tax on $100,000… or simply allowing the bank to foreclose… well, that’s not even a choice.

Take the house back, betches… I think I’ll just invest the $35,000 that I don’t have to pay Uncle Sham as a result, in Chinese beer and marbles.

Obviously, assuming you can still remember far enough back, the Mortgage Forgiveness Debt Relief Act of 2007, was signed into law by President George W. Bush.  And here’s what G. Dubya had to say about it in The White House Fact Sheet on the Act that was issued at the time…

“When your home is losing value and your family is under financial stress, the last thing you need is to be hit with higher taxes.  So I’m working with members of both parties to pass a bill that will protect homeowners from having to pay taxes on cancelled mortgage debt.”

The Fact Sheet also went on to say…

This Act will increase the incentive for borrowers and lenders to work together to refinance loans and allow American families to secure lower mortgage payments without facing higher taxes.

Now there’s a sentence that would be hysterical were it not so… oh never mind, I’ll just leave it at hysterical.  What’s the point at railing about incompetence from 2007, when there’s so much incompetence to consider since then.

Did anyone refinance anything in December of 2007?  I mean, at the end of ’07, I don’t think our president could have refinanced The White House, which I’m assuming we own free and clear by now, although I wouldn’t want to say that for sure.

I do have to say that I find it nothing short of mind numbing that looking at that document from December of 2007, we still couldn’t use the term “loan modification,” so we had to say “refinance,” even though there was nothing in the lower 48 considered refinancable in December of 2007.

Huh?  I wonder how long that idea took to die and blow away?  I remember pretty much every single slice of sheer stupidity being politically peddled in 2007 – 2014, but I can’t say that one rings any bells.  Tax-exempt bonds for refinancing existing home loans?  I don’t think so…

And lastly, as quoted from the Fact Sheet on 2007’s Debt Forgiveness Act…

The Act is a good step to address the housing market, but Congress has more work to do.

How funny was that last sentence?  Go ahead… read it again, I’ll wait.  Congress has “more” work to do?  Which part was “work” done by Congress so I’ll know to separate that “work” from whatever additional “work” might show up in the future with Congress’ name on it?

In 2007, President Bush said that the Debt Forgiveness Act was a “good start” to addressing the housing market, that had only just started to meltdown, but he added that Congress had more work to do… wow.  It was “work” to come up with the idea of not making mortgage debt forgiveness taxable so maybe, just maybe, someone might opt for a short sale instead of a foreclosure?  That’s “work” for Congress?

If those 500 Congressional Clowns spent more than 15 minutes on that idea, I think they should all be sent to the Island of Misfit Toys.

Enter President Obama, the second U.S. president to be saddled over the holidays with having to extend the Mortgage Forgiveness Debt Relief Act of 2007.  Don’t be snarky… extending can be hard work.

Apparently, President Obama signed this latest extension on December 18, 2015… which is typical of the sort of decisiveness endemic to the current administration.  It’s almost like they’re thinking… I know, let’s scare the crap out of everyone hoping to do a short sale by waiting until the very last moment to extend the Act in question… that should cause an entertaining level of unnecessary confusion and insecurity.

Why would we ever want anyone to know what’s coming around the corner when it’s so much more fun to spring it on them during the Christmas Holiday instead.  Or maybe that Obama knew it was necessary, but wanted to do it quietly and when few were watching… I really don’t know.

Okay, so enough frivolity for the moment.  Here’s the actual news part of the story…

President Obama again extended the Mortgage Forgiveness Debt Relief Act through December 31, 2016, and not only that but the extension is retroactive in that it covers mortgage debt cancelled in 2015.

By way of technical details… the Act says that forgiveness of mortgage debt up to $2 million is not to be considered taxable income as long as the home in question has been the borrower’s principal residence for at least two of the last five years, and the debt was used to buy, build or make substantial improvements to the property. 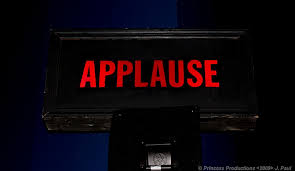 It’s become almost an annual tradition for me, but it’s not a difficult prediction to make, really.  I start getting calls and emails in October or November asking whether I knew whether the Act would be extended for another year… and every year I say the same thing: “Of course it will.  Those guys are stupid, no question, but even they aren’t that stupid.”

And every year it is, although I will admit that some years it’s happened so late and been announced so quietly that I’ve started to worry that I’m wrong… and they are in fact THAT STUPID.

But don’t you worry… the foreclosure crisis and meltdown of home prices has long since resolved itself, right?  Of course it has.  We don’t actually need an Act that was originally passed in 2007, allowing homeowners to short sell their underwater homes without receiving a bill from the IRS for amounts that would render the whole idea of short sales comical to be extended… again… do we?

Why would we?  With home prices once again flying higher and ever higher, it stands to reason that the number of “underwater” homes continues to fall faster than an anvil in a Road Runner cartoon.  And without underwater homes, why would we need to concern ourselves with short sales and extending the Mortgage Forgiveness Debt Relief Act of 2007… yet again?

All I can say is that one thing is clear… for at least the last eight years (and actually much longer than that), when it comes to anything connected to housing policy in this country, absolutely nothing makes a lick of sense.

Perhaps it’s shocking how far we haven’t come in over eight years as we spent untold billions trying to address the problems associated with the worst financial catastrophe since The Great Depression, but when you look back at how entirely obtuse our government was in December of 2007, maybe it’s more about our expectations being far too high.

If you think about it from that sort of perspective, then without question the shining star of all the federal programs put in place to mitigate the damage being done to America’s homeowners since 2007… is the Mortgage Forgiveness Debt Relief Act of 2007.

Our government may collectively be only a click or two smarter than a bag of hammers, but they do get something right… occasionally.  Thank you President Obama!  Since you weren’t able to come up with any new ideas for making the foreclosure crisis better, at least we could count on you to extend the ideas rolled out by George W. Bush’s administration.

Now, all that remains is to find out which politician will be in office next year to handle the Annual Extensions of Prior Programs.  It could be Hillary… or Trump… Cruz… or Bernie.  Don’t ask me for whom I’m voting just yet… I haven’t decided which one will be the best “extender” in the group.

When I figure it out, however, I’ll let you know.