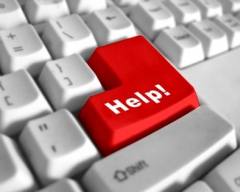 The California Homeowners’ Bill of Rights, which went into effect in 2012, essentially codified at the state law level, the protections afforded homeowners that had been included in the $26 billion National Mortgage Settlement.

With strong backing from California’s Attorney General, Kamala Harris, the landmark legislation gave us such protections as the “single point of contact,” and the prohibition against “dual tracking,” which is when foreclosure is pursued by a lender while the borrower is applying for a loan modification or other foreclosure alternative.

That’s what the California Homeowners’ Bill of Rights did.

What it DID NOT DO, believe it or not, was extend those same protections to widowed spouses, among others.  (Yes, you read that right, so keep reading.)

Housingwire’s Ben Lane had the story on February 26th.  It began…

“A new bill introduced in the California State Senate would establish a Homeowner Survivor Bill of Rights, which is designed to help widowed spouses and children stay in their homes after the primary mortgage holder passes away.

The bill closes a loophole in California law that fails to provide surviving spouses and children important protections against foreclosure that are available to other homeowners, the offices of California State Senators Mark Leno and Cathleen Galgiani said this week.” 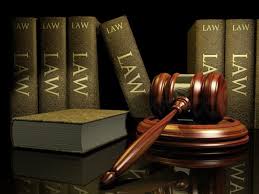 Okay, so do you see what’s happened here?  If not, you will right after you read the statement that follows. It was made by Senators Leno and Galgiani as quoted in the Housingwire article…

“Unfortunately, servicers argue that surviving family members who are not named on the loan are not covered by HBOR.”

“These survivors report that lenders refuse to communicate with them or fail to provide factual information about loan details and foreclosure avoidance programs.  As a result, many families have endured unnecessary foreclosures.”

Isn’t THAT a fine kettle of… what’s the word I’m looking for?  No, I’m not thinking: “fish.”  I’m thinking of something far more odious in nature. 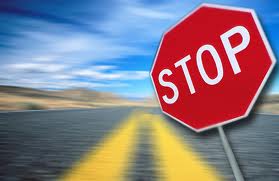 So, let me get this straight…

Mortgage servicers are actually arguing that WIDOWS (and/or other heirs) if they aren’t named on the loan, ARE NOT COVERED by the California Homeowners’ Bill of Rights?

Isn’t that just another way of saying that it’s perfectly okay to dual track a grieving widow and deny her a single point of contact as she tries to assume a loan or find an alternative to foreclosure… (following the death of her husband and after 30, 40 or 50 years of marriage in some cases?  Good Lord.)

My question is: Given two alternative paths, why wouldn’t we want to choose the one that interprets the California Homeowners’ Bill of Rights as covering widows?  What kind of industry takes the position that because a law doesn’t explicitly state that widows (in that situation) ARE covered… then they’re not?  We’re talking about widows, for heaven’s sake.

I can’t help but imagine my own mother, after my father’s death, discovering that she wasn’t on the loan that they took out 30 years ago, and now she’s stuck facing Nationstar or Wells Fargo as she tries to remain in the home where she’s lived for some 30 years… while her servicer only seems to care about getting her out. 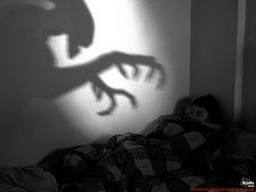 What kind of an insane NIGHTMARE is that?

They’re widows, mortgage-servicer-people.  When in doubt cover them for whatever they need?  Just because it’s the caring and correct thing to do, and you can sort it out later.

Want to know what NOT to do?

What you should NEVER do when faced with any sort of “widow problem,” is find a lawyer to read through the Homeowners’ Bill of Rights, in the hopes of finding a loophole that can allow you to justify torturing the widow in ways that you’ve already been ordered to stop where the general populace is concerned.

You don’t start dual tracking those frail freeloaders immediately… and then take away those fabulous single points of contact, too.   That’s what you should not do, assuming you’re not some sort of sadistic sick-o.

However, because in this specific situation, we are apparently talking about a group of mortgage servicing companies who see nothing wrong with jumping at the chance to exclude widows, among others, from the same protections afforded others… I guess we really do need to explicitly eliminate any ambiguity that could lead to more… I don’t know, what should we call it?  Widow abuse?

It is shocking and deplorable that the mortgage industry’s response to-date has essentially been to argue that said “widow abuse” is allowable because someone forgot to explicitly include “widows, etc.” in the California Homeowners’ Bill of Rights legislation.  Not that it matters, I suppose.  We all know what has to happen here, right?

According to Senators Leno and Galgiani, Senate Bill 1150’s purpose is to “clarify the responsibilities of a mortgage lender when a borrower dies and passes the home along to a survivor who wishes to assume the home loan.”

If passed, SB 1150 would among other things, require heirs to receive:

Senator Leno also had the following to say…

“Grieving family members who have the financial ability to remain in their homes following a loved one’s death shouldn’t have to face the added stress of a lender’s red tape.”

“Widowed spouses are being consumed by a labyrinth of processes in an attempt to assume or modify existing home loans after the primary mortgage holder passes away.  This has led to preventable foreclosures and worsened the suffering of families already thrown in personal crises.” 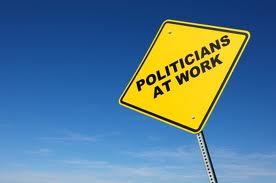 Lastly, Housingwire’s article ended with a quote from Kevin Stein, associate director at the California Reinvestment Coalition, who said…

“We can’t allow the status quo to continue.  SB 1150 is a common-sense solution that would make a world of difference for families who are going through tough times.”

Don’t leave this to chance, it should have been solved years ago.

Don’t leave this to someone else… because there is no one else.

The Homeowner Survivor Bill of Rights, or SB 1150, will be debated in legislative committee meetings that will be held in Sacramento this Spring.  THE TIME TO SPEAK OUT IS NOW.

We NEED to make sure that our elected representatives hear loud and clear that widows MUST be protected… just as the rest of the state’s homeowners have been since 2012 by the state’s Homeowners’ Bill of Rights.

Then, please tell your California State Senator & Assembly Representative to…