California Supreme Court Ruling is an Important Win for Homeowners 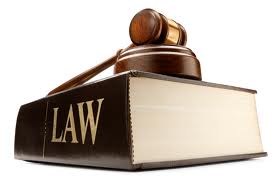 A California homeowner whose home was underwater asked her bank to approve a short sale of their home and the bank agreed… but under one condition.  The borrower would have to agree to waive her anti-deficiency protection, which means that she would be responsible to pay the difference between the sales price of the home and what was owed.

The homeowner agreed… the home was sold for less than the amount owed on the mortgage… and the bank moved to recover the amount of the deficiency.  And were that all there was to the story, it would seem like just another day of the foreclosure crisis and I’d hardly have noticed it, let alone have written about it.

This time, however, the homeowner turned to the courts, filing a complaint that asked the court to rule that the bank could not obtain a deficiency judgment against her based on California Code of Civil Procedure §580b.  That statute, while it would protect a borrower from a deficiency judgment in the case of a foreclosure, was less clear as to whether the protection would extend to short sales. 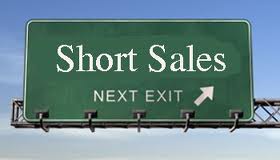 The homeowner’s lawsuit was subsequently dismissed by the trial court, but the appellate court reversed the lower court’s decision, ruling that §580b did in fact prohibit deficiency judgments after ANY kind of sale… assuming it was a purchase money obligation.  [Coker v. JP Morgan Chase Bank, N.A., 2015 Westlaw —–  (Cal.).]

The bank, of course, also argued that the homeowner had agreed to waive any such protection against deficiency judgments, but the high court responded by stating that contractual waivers of §580b are simply unenforceable.

Frankly, I can’t imagine that ruling happening several years ago, so all I can say about it now is… WOW.  It really does show that things do change, perhaps not as quickly as we’d like them to, but in time.

Next, the bank took the case to the California Supreme Court, arguing that since the facts of the case applied to the pre-2012 version of §580b, the anti-deficiency protections should only apply in cases where a foreclosure sale had taken place.  However, just a few days ago, the California Supreme Court unanimously ruled against the bank’s arguments… and ruled in favor of the homeowner.

The court apparently based its ruling on earlier decisions, determining that in order to protect homeowners from deficiency liability on purchase money obligations, regardless of whether a foreclosure sale had been held, or not… they had all broadly interpreted California Code of Civil Procedure §580b.

So, that’s that.  Assuming we’re talking about a purchase money mortgage, as opposed to a Home Equity Line of Credit used for other purposes, for example, California homeowners don’t have to worry about a lender coming after them to collect amounts not recouped from the sale of their homes… whether the sale occurred as a result of a foreclosure or short sale.

It seems to me that this is an important victory for California’s homeowners, especially since the foreclosure crisis is nowhere near over in this state… but not all legal experts agree.

This week, Professor Dan Schechter of Loyola Law School, who was involved in the drafting of proposed amendments to clarify earlier versions of the statute, writing for his Commercial Finance Newsletter, published each week on Westlaw, had the following to say about the net effect of the decision…

“Given the enactment of §580e and the ‘reformatting’ of §580b, I do not think that this opinion will have a major impact in future litigation over the application of §580b, since new §580b and §580e now occupy the field.”

What does any of that mean exactly?

I have no earthly idea, except to say that to me it means that you should consult an experienced attorney before deciding to take legal action based on this decision, because just like all legal rulings and statutes, it’s not black and white in all respects, or as simple as it appears on the surface.

Banks will be banks…

According to Professor Schechter’s analysis of the decision, the bank also questioned whether such a broad interpretation of §580b would serve to encourage borrowers to strategically default… or even cause borrowers to pay more than the market value for homes, because of knowing they have no risk of deficiency liability in all cases involving purchase money.

The court declined to weigh in on either of those issues, thank the Lord, only offering that earlier cases in California have “implicitly rejected” both ideas.  Clearly, the intent of the state legislature was to protect California homeowners from deficiency liability related to purchase money loans, and now it’s a matter of law that such protection is in place regardless of whether a foreclosure or short sale was involved.

The other two points about the potential for such broad protection to encourage strategic defaults… or the equally remote risk of borrowers over-paying for properties, didn’t deserve a response, so I applaud the court for its decision not to respond.

For one thing, both claims represent little more than the same sort of scare tactics we’ve seen in countless other arguments made by lenders since the meltdown began in 2008.  And for another, because there are far too many unknowns that could either limit or increase the potential for such outcomes, neither claim can be asserted with any certainty in the hypothetical.

Professor Schechter, although he sees it a bit differently, arrives at basically the same place, writing in his article dated February 1, 2016…

“I believe that both of those arguments have merit but that the Legislature will never change the rule protecting homeowners from liability, for obvious political reasons.”

Again, that does sound like legislative attitudes have changed in this state, which gives me reason to hope that such changes are still coming, but the bottom-line is that this decision makes clear that California homeowners are to be protected against deficiency liability on purchase money loans… period.

And that simply cannot be anything but a positive thing for homeowners, so I think it’s safe to say that this one goes in the “win” column for consumers, which means the bankers can go home and lick their wounds for a change.

Did that come off as being petty?  Perhaps it was, but after watching the courts butcher borrowers for any number of reasons over the last six years, I can’t help but be happy about the proverbial pendulum swinging towards the homeowner’s side, even if just a little bit.