’Twas the Night Before Christmas 2015 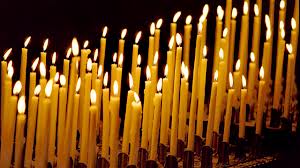 ’Twas the Night Before Christmas 2015

’Twas the Night Before Christmas, 2015

It was time to sit down and comment on the world scene.

But events this past year, ranged from strange to surreal

So I fixed up a cocktail, with a cherry and orange peel.

We kicked off this past year with an outbreak of terror

It seems drawing cartoons were the dead’s fatal error.

A manhunt across Paris, they searched block by block.

The French President said all of France was in shock.

Al Qaeda terrorists were after those that work to lampoon

The Profit Mohamed, in sarcastic cartoon.

I’m not kidding about that, it’s the truth, not a rumor

Obviously these people have no sense of humor.

He said we’d need years to stop the growing crisis.

Then another cartoonist in Denmark gunned down

In Moscow, Putin’s critic was shot near Red Square

Vlad condemned it but Ukrainians all said a prayer

Some said they were tipsy, I’d say they were soused.

Fox News wanted blood, along with every detail

She said she was sorry, that she’d made a mistake

So I changed the channel, to avoid getting a headache.

As if we might have confused them with guitarists and bassists

Our grand ole GOP, was back at the Supreme Court

Obama Care is a law conservatives want to abort.

Israel came to warn us not to deal with Iran

They said it’s a country ruled by a madman.

Iran says they need nuke, not for bombs but for power

But Republicans say that to deal is to cower.

In Baltimore another black guy died while being arrested

People were outraged, and thousands protested.

It’s a story that seems to be increasingly repeated

It’s a fait accompli, she’ll be the White House’s next resident.

t won’t be Trump, because his song and dance

Has long since ensured that he doesn’t have a chance.

He could win the primaries, but not a national election.

He’s only the product of right wing natural selection.

It feels like deck chairs on the Titanic, that every four years we rearrange.

Next we’ll have receivers dipping hands in super glue.

The Boston Marathon bomber was sentenced to die

I’m not usually for it, but his death won’t make me cry.

Our courts found the NSA was excessive

It seems collecting our phone records is a bit too oppressive

It went on for 12 years though, like a well oiled machine

Until Snowden went public in 2013.

Last June we found out China is full of hackers

I wasn’t surprised, it’s not a country of slackers

In Greece, on the other hand, the fiscal mess just went on

Some yelled out and called him stupid, others said stupendous,

But vote for Trump, he kept on saying, and everything would be tremendous.

At the RNC debates this year, the fence was priority one.

Followed by the close second, that anyone own any sort of gun.

Among the RNC front runners, there’s Carson, Christie and Trump

The middle one won’t win, because I guess he’s just too plump.

The woman’s name is Carly, and she once ran HP,

Jeb Bush looks like he wants to scream out that he and brother don’t agree.

I was shocked to hear Republicans, say gay marriage they now embrace,

But I’m pretty sure that some wanted to add, as long as they’re of the same race.

The Supreme Court decision on gay marriage, was not done by democrats.

And it’s not any sort of slippery slope, people aren’t going to marry their cats.

It’s an understatement to say that what he did caused much dissent.

But I couldn’t have been happier, when Karma showed up to assail,

The SEC came to his door this month, to cart him off to jail.

After mass shootings in a South Carolina church, we debated confederate flags.

I don’t know if it made others racist to fly it, as much as insensitive scumbags.

Then a gunman killed four young Marines, while another shot folks in a movie,

It should be pretty clear by now that too many guns isn’t groovy.

In Ferguson one year later, they declared an emergency state

Shots were fired but people still disagree, that guns and violence correlate.

Some say it’s not the guns that kill, and many of them have mullets,

And I guess they’re probably right, maybe we should get rid of the bullets.

Cuba was finally given a break, it’s no longer a place that’s off limits

Our embassy opened for the first time since the Navy had Admiral Nimitz.

And the House this past fall voted, to cut Planned Parenthood’s money

I don’t care what you saw on YouTube, it’s not a cut that’s funny.

And rarely have I been so pleased to see someone retire

Than when John Boehner said he’d be stepping down, so Congress has one less liar.

Paul Ryan overwhelmingly, became our new Speaker of the House

He once called rape, “a method of conception,” making him part moron and part louse.

The Democrats held their first debate, the beginning of Hillary’s journey

She’ll win even though most folks watching, fell in love with Bernie.

Both parties though agreed on spending, a trillion or so seemed fair.

But none of the key disagreements were settled, so we’ll continue our current nightmare.

A Chicago cop shot McDonald, 16 times to take his life,

The video showed McDonald, was carrying a 3-inch knife.

And yet another gunman shot, seven dead at an Oregon college

You’d think the number of shootings this year, would lead to our gaining knowledge.

And then to top if all off this year, were the shootings in San Bernardino

It showed us that nowhere is safe, we’re all living in a deadly casino.

Disneyland made people sick this year, it’s the place of the measles’ birth.

Which makes it hard to use the slogan, the happiest place on earth.

At least our kids are doing great, and our economy has been improving.

Certainly not as much as we would like, but at least things in general are moving.

But too many events of this past year, weren’t easy to joke about.

And every time I leave my house, I’m reminded of our terrible drought.

Then while I was sitting there writing, on the roof I heard such a clatter.

The noise so loud I spilled my drink as I sprang to see what was the matter.

I couldn’t see a thing, until I turned around,

And down my very own chimney St. Nick came with a bound.

He looked just like the pictures, he was lively and so quick

And he whispered his agreement that Paul Ryan is a dick.

I said, “Thank you Santa, that’s what I wanted to hear.”

And I offered to share with him a glass of Christmas cheer.

He said he couldn’t stay but that I should still be happy,

For our friends would all be together again, even if the year seemed largely crappy.

And looking at my wife and daughter, all snuggled and at peace,

I counted all my blessings, and felt my angst decrease.

When Christmas comes at end of year, it brings its special magic.

It makes us take the time to see, that we should never doubt

That having good friends and family is what it’s all about.

Then he sprang to his sleigh, and I heard his loud whistle

And his reindeer all flew like the down of a thistle.

But I heard him exclaim, as he flew up above,

Merry Christmas to all, and to all peace and love.