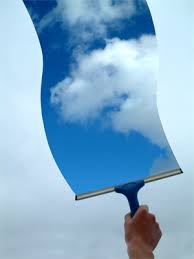 According to a News Release issued today by the Office of the Comptroller of the Currency, or OCC for short, six banks including JPMorgan Chase, U.S. Bancorp, Wells Fargo and HSBC have failed to meet the requirements of the consent orders issued in April 2011, and amended in February 2013.  (The remaining two institutions were Santander Bank and EverBank.)

National Mortgage News, which also covered the story, says that…

“… servicers were cited for a variety of issues including failing to respond to borrower requests for loan modifications, not making a good-faith effort to prevent foreclosures and not having compliance systems in place to track their progress.”

Well, golly.  Please tell me that wasn’t “news” to anyone that reads Mandelman Matters, because I cannot even count the number of times I have written about this being the case.  In fact, I could have told you which banks were sure to be on the list WAY before it was published today… I mean, Wells Fargo, U.S. Bancorp and HSBC?  Absolutely no surprises there, right?

Those three have been the see-no-evil, hear-no-evil and do-much-evil of the mortgage servicing industry since the crisis began.

The OCC says that the specific restrictions “vary based on the particular circumstance of each bank,” however, the general result is that until they comply with the consent orders from 2011/2013, these six financial institutions are somewhat severely restricted or even prevented from conducting certain business activities, such as…

According to National Mortgage News, during a conference call on Wednesday…

“A top OCC official indicated that regulators’ patience was running thin for those six banks, which face possible enforcement actions for not meeting the amended orders on time.”

Wow, these guys at the OCC have kind of a short fuse, wouldn’t you say?  These banks signed the consent orders back in April of 2011… and it’s mid-June of 2015… and now their patience is “running thin?”  Here we are more than four years later… and who knows how many millions of foreclosures later… and now the banks “face possible enforcement actions for not meeting the amended orders on time?”

I’ll say this about the OCC… I wish they serviced my mortgage, because they are nothing if not patient, understanding and flexible. 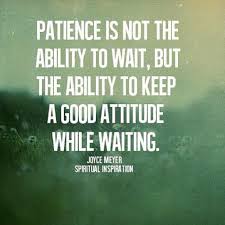 Morris Morgan, the OCC’s deputy comptroller for large banks was quoted as saying…

“One way or another there will be additional action…the meter is still running relative to those six banks and the nature and severity of the additional action will be based on the length and severity of their continued non-compliance.  We expect their remediation time frame to be measured in months, not years here.  And if institutions take longer than that, we wouldn’t necessarily wait until completion either.”

Ooooh… Morris is getting stomping mad back in Washington D.C.  It sounds to me like if those darn banks don’t straighten up and fly right he may just have to give them a strong talking to.  And if they don’t fix what they haven’t been able to fix in four years… in a few months… then they could face possible enforcement actions?  Ouch.  He scares me when he talks like that.

Actually, wait a minute… what am I being asked to believe here?  That these six banks are somehow now going to fix in a matter of months what they have been unable to fix in over four years?  To imply that such a thing is even possible is to say that they’re close… that they’ve been working diligently towards complying with 2011’s consent orders this whole time, and now only need a couple of months to wrap it all up and be in compliance.

That’s not at all what’s been going on and everyone even remotely involved knows it.  These banks were all perfectly capable of getting in compliance if they actually cared about you and the OCC, or your consent orders.  They don’t, so they haven’t paid you anything but lip service as far as their compliance efforts are concerned.

And now you want me to believe you guys at the OCC are ready to get tough.  Okay, I’m willing to believe you.  And cheer you on… support you in any way I can.  But, I just want to remind you that, pretty much in your own words…

“… servicers were cited for a variety of issues including failing to respond to borrower requests for loan modifications, not making a good-faith effort to prevent foreclosures and not having compliance systems in place to track their progress.”

So, these are banks who over more than four years couldn’t figure out how to:

The first one, “responding,” shouldn’t be all that hard if a banks wants to do it, right?  Banks manage to respond to all sorts of things, I would think.  They certainly respond if you call them up and say that you need a mortgage because you’re buying a house.

If #2 is difficult to achieve, that’s really saying something.  Shouldn’t “a good-faith effort,” be the default position?  Shouldn’t you only need extra effort when dealing in bad-faith?

And then there’s number three… putting in a system to track progress… a system that keeps track of responses to homeowners asking for loan modifications, and how often the bank manages to deal in good-faith, as opposed to bad?   That’s been difficult, has it?

It’s funny because I can call my bank 24/7 and speak with an actual person who can tell me where I bought gas last Thursday, how much interest I paid in 2012 and more, so whatever system they’re using to do all that… move it over here.

The whole thing STINKS, Mr. Morgan of the OCC.  You do see that don’t you?  Because while you’ve been patiently waiting for these banks to be compliant with the consent orders of 2011, people are losing homes and going through hell… unnecessarily and every single day.  It’s not like their noncompliance isn’t causing any harm… it’s literally killing people.

And obviously some banks managed to get themselves into compliance.  The OCC’s News Release also explained that the agency also terminated consent orders as related to three other banks because the three all were in full compliance with the OCC’s orders… Bank of America, Citibank and PNC.

Once again, from Mr. Morgan…

“Each of the three banks that have satisfied the requirements of the order, I would say, has completed a significant transformation of their operation.”

Okay, well I’m going to go along with that for now… I’ve certainly seen Bank of America’s transformation, if you want to call it that.  But Citi and PNC?  Only, because you say so.

The point is, at least as far as this editorial is concerned, that at best… it’s about time, or long-since overdue, or whatever similar euphemism you prefer.  The whole thing has gone on unchecked for many years during which time it has caused incalculable pain for countless millions of Americans.

That alone should be entirely unacceptable for every single American citizen, and the OCC’s and government’s tolerance as a whole has been so shocking, that it has left many Americans completely without any faith whatsoever in our government… our democracy, that if I remember correctly, was to be of the people, by the people and for the people.

And it’s going to be years and maybe decades before that gets back to where it needs to be, so if this is a meaningful turning point… then great.  I couldn’t be more thrilled.  But if not, then it’s certainly the OCC’s last chance to get us to take a run at kicking the football, Charlie Brown.