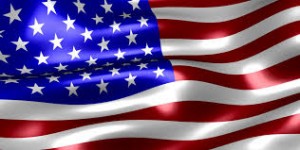 Here lies the body of Mary Lee; tried to modify her loan when she was 33.

For over five years she fought to keep her sanity; didn’t tell a soul as a matter of vanity.

As the years went by her interest did accrue, as she tried for HAMP and then HAMP 2.

What finally killed her was not a denial, what did Mary in was a never ending trial.

So, to all of you I would advise, since to modify is to risk demise.

Instead of that, if you can’t keep paying, and you understand what I’m conveying.

Don’t go down the path of Mary Lee, who tried to get her house for free.

Instead, go ahead and just stop paying, while in your home you just keep staying.

For the first few months, you may be stressed, and once in a while feel depressed.

But to your mortgage you won’t be enslaved, so just think of the greenbacks you’ll have saved.

As years go by at times you may feel funny, but after five years you’ll have a huge pile of money.

And with all that dough you will be just fine.  In fact, after a while you’ll be on cloud nine.

Then buy a split-level ranch or a geodesic dome, the point is you’ll have the cash to buy another home.