Home  »  Top 10 Most Extreme Sports (that haven’t been invented yet.)

Top 10 Most Extreme Sports (that haven’t been invented yet.) 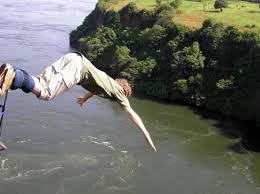 I remember when I first saw Warren Miller’s extreme skiing videos years ago. It looked like he was throwing himself off a cliff and somehow not dying as he disappeared under ten feet of powder, occasionally dropping 100 feet or more at a time.

It looked insane… and I always thought he had to be at least somewhat insane to do the things he did. If you haven’t seen Miller do his thing, click the video below and you’ll get the idea in a hurry.

Well, type “extreme sports” into YouTube’s search bar today and you may not even believe what you see. There’s no question that extreme sports have gotten way more extreme than they’ve ever been in the past. In fact, some of what you’ll see absolutely defies reason.

You’ll see people surfing waves the size of skyscrapers. Insane, sure, but it’s almost tame compared to what else is defined as being “extreme” these days. Forget about just base-jumping. Today, there are people wearing what appear to be nylon suits with arms that turn into wings when they literally jump off the highest of cliffs and start doing something between flying and falling.

There’s a series called, “People are Awesome,” that features plenty of others doing things on motorcycles, snowmobiles, mountain bikes, kayaks, skis, surfboards and skateboards that look more like suicide attempts than sports. And there’s something called “parkour” that I’m not even sure how to describe in words, except to say that these kids do things that I would have said are not humanly possible.

If you haven’t seen parkour, click the video below, and I promise you’ll be amazed.

It’s clear that there’s some sort of informal competition to shock the world going on, with each participant looking to take the insanity to new heights. So, no puns intended, to top it all off, the video below is so extreme that I find it impossible to watch without having a physical reaction… actually feeling it in my stomach and getting the shivers, almost as if I was there, instead of sitting safely in front of my computer.

There’s even something called “Train Surfing,” and it’s exactly what it sounds like. Someone jumps onto a high-speed train and then “surfs” it by walking along on top of it, sometimes with one person on the others shoulders. Once again… extremely insane, and the video below is titled: “Train Surfing Around the World.”

WHAT COULD POSSIBLY COME NEXT?

The question I couldn’t help but consider was how these extremists could possibly escalate their “sports” from where they are today? I mean, isn’t the next level simply deadly? Sure, you get millions of clicks on YouTube, but whatever they’re paying you it’s not enough because you have to leave it to your heirs in your will.

Anyway, I had a few thoughts on the matter, so I thought I’d share them. What follows is my list of the…

Top 10 Most Extreme Sports (that haven’t been invented yet.)

10. Tow-In Lava Surfing – Volcanoes seem to be an under utilized medium for sports in general. When this sport finally arrives on the scene, it’ll be the hottest thing on YouTube. In this sport, you ride a titanium board with wheels, while someone riding a powerful off-road motorcycle tows you in and drops you off right in front of a lava flow immediately following a volcanic eruption. As the lava surrounds your board, the wheels melt off and you surf on top of the red-hot flowing lava. Each year the world championship could be dedicated in memory of the prior year’s winner. 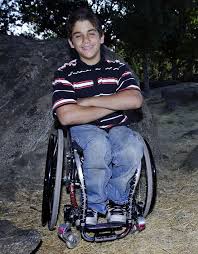 9. Platform Jumping – Competitors attempt to beat the previous record by jumping from a platform at least 50 feet high and landing in a small circle that’s painted on the cement. If you land and fall outside the circle you lose points and next year’s winner will have to beat 68 feet. This would be part of the Cement Sports Series.

8. The Brick 100 – This is a 100-yard dash, but instead of crossing a finish line, runners smack directly into a brick wall at full speed.

7. High-Speed Freeway Car Dodging – In this sport participants race each other across at least six lanes of traffic moving at an average of 70 mph while barefoot, blindfolded, and wearing dark clothing. 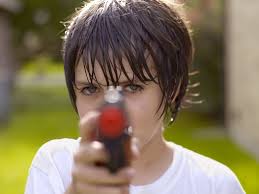 6. Cop Taunting – Expected to be popular in the inner city, in this sport participants pull a fake gun on a police officer, yells out “PIG!” as they run in any direction to dodge the hail of bullets the cops shoot back.

5. Skateboarding with the Bulls – It seems like Running with the Bulls has been around forever in Pamplona, Spain, so I can just hear someone soon saying, “It’s just so 2015.” In this updated version a skateboarder attempts to ride in front of the charging bulls, as his friends yell, “Dude, that’s way rad!”

(Another possibility would be to replace bull riding with something way more entertaining for the whole family… Tiger Riding. They lower you onto the tiger’s back and when the door opens the tiger tears you to shreds before eating your remains. It would be available on Pay Per View.)

4. Electric Water Polo – This sport would be electrifying to say the least… it’s like Water Polo, but the ball is carrying a 500 Volt/0.2 Amps minimum. Keep it out of the water and the game looks like regular water polo, but when someone lets it fall into the water, up to 3-4 players can be electrocuted instantly. 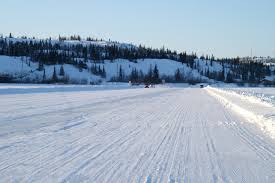 2. Waterfall Traversing – It’s a swimming race, but it’s conducted across a river within 50 feet of a 150-foot high waterfall. I’m told that the main thing is not winning or losing, it’s far more important to keep moving no matter what. 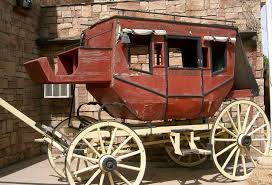 1. Mortgage Modifying – The Wells Fargo Edition. You start out two months behind on your mortgage payments and you end up living in a van with your wife turning tricks on the street. To streamline the process, Wells now allows you to apply for your modification, get denied, and file your appeal all at the same time.