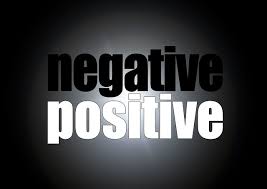 This is actually exciting. ┬ĀClick PLAY below and you’ll hear something you can’t hear anywhere else… learn things you can’t learn anywhere else… and the end result can make a difference of hundreds of thousands of dollars in your lifetime.

My guest,┬ĀBarry Sacks,┬Āhas spent 35 years as an ERISA┬Āattorney, a lawyer who specializes in qualified retirement plans… helping people save enough for retirement and then helping them structure income during retirement. A few years ago he discovered a role for a reverse mortgage that no one had ever considered before… he used it to make a retirement portfolio last longer.

So, he published his findings in professional journals and went on the lecture circuit speaking in front of financial planners, CPAs and other professionals from all over the country.

As he gained an in-depth understanding of the reverse mortgage he made monetary comparisons few if any had done before, and┬Āhe found tax advantages that┬Ācould be inherited by a borrower’s heirs, that wouldn’t be possible otherwise. ┬ĀHis conclusions showed that the conventional wisdom about reverse mortgages was wrong.

When a number of┬Āpeople read┬Āwhat I wrote┬Āabout reverse mortgages,
they called and emailed me with the same message:

“You need to talk to Barry Sacks.”

So, I did. ┬ĀAnd┬Āit didn’t take long before I realized why the others said I needed to talk to┬ĀBarry. ┬ĀYou need to hear from Barry too, and you’ll find out why when you click PLAY below.

Barry earned his bachelors in┬ĀElectrical Engineering and Political Science from M.I.T. in 1961. ┬ĀThen he went on to earn his Ph.D. in Physics from M.I.T., thus establishing that he’s got mad┬Āskills when it comes to math. ┬ĀHe worked as a professor for a number of years, teaching at U.C. Berkeley during the late 1960s.

In 1973, Barry earned his J.D. from Harvard Law School, he’s been a member of the California Bar since┬Ā1973, and since┬Ā1980, he’s also held the designation,┬ĀCertified Specialist, Taxation Law, from the California Board of Legal Specialization. ┬ĀIn addition, he’s been…

Okay, so enough of that, it’s time to get to the exciting part. ┬ĀI’m not kidding about this… everyone I know should listen to this Mandelman Matters Podcast with my guest, Barry Sacks. ┬ĀIt’s just that important.

FUTURE SHOCK FOR OLDER HOMEOWNERS: You Won’t Get a HELOC, a Second, or a Refi

Understanding the Black Swan – Thy Name is Retirement┬Ā

Why Doesn’t Every Realtor in the Country Know About This?

LATE START STRATEGY: Creating retirement income to last a lifetime, even if you haven’t saved a nickel.