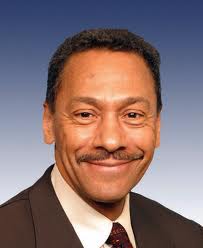 Mel Watt, who heads up the Federal Housing Finance Agency, or FHFA, the conservator of mortgage giants Fannie Mae and Freddie Mac, was in Las Vegas this past week speaking at a Mortgage Bankers Association conference, and throwing under the bus the idea that tighter lending standards are important to ensuring fewer defaults in the future.

A couple of months ago, I wrote an article about the housing market being horrible and another with the headline, “Mortgage Originations Down by 60-70% Year-over-Year… But Everything’s Okay.” I guess I was right and wrong: The housing market is horrible, but gosh… everything’s not okay. (That’s sarcasm right there. Click the link if you don’t get the joke.)

Washington is obviously very worried that it’s no longer able to juice the housing market with government subsidies, easy refinancing programs, and the Fed holding rates near zero. So what else is a girl to do but return to the roots of her past excess… I’m mean, success… by using Fannie and Freddie to make it easier for Americans with lesser credit to buy a house with little or no money down.

Angelo Mozilo must be really enjoying this. He should be LHAO… laughing his ass off. Can you say, “Countrywide.gov?” I’ll say this: The one thing of which no one will ever accuse our government is creativity.

According to an article in Investors Business Daily, “Return of the Toxic Twins,” Fannie and Freddie are already backing and/or guaranteeing 90 percent of all new mortgages. (The rest come in via FHA, VA or USDA, with a tiny portion of jumbo pristine portfolio loans.)

Many, including President Obama, have called for Fannie and Freddie’s demise, or at least for a significant reduction of their footprint in an effort to put an end to their decades dominating the secondary mortgage market and with the idea of bringing private investors back into the secondary mortgage market. In fact, it’s been considered a crucial component of the financial reforms needed to prevent a reoccurrence of the sort of financial crisis we experienced in 2008.

Reducing the down payment required by Fannie and Freddie to just 3 percent, however, even if only under certain circumstances (to be named later or perhaps never), can only increase their participation and therefore their dominance of that market.

In other words, never mind what we said before, that was when we could still refinance quite a few borrowers every couple of years, and we still had investors deluded into believing that they could earn huge profits buying up all the homes and renting them out. Today, mortgage origination and home sales have fallen off a cliff and investors have been observed leaving the proverbial building for at least a year.

So, today our strategy must change to… well… to the same sort of policy that inflated and ultimately led to the demise of the last housing market bubble.

Now, why didn’t I think of that? See, this is why guys like Mel Watt get the big bucks and I get ignored. There’s a lesson to be learned in all of this, but I just don’t want to learn it. 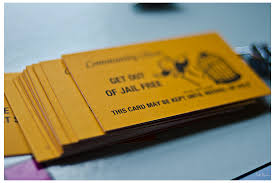 Not only that, but the FHFA has also offered lenders new guidelines designed to convince them that they won’t have to fear retribution from Fannie, Freddie or even the federal government for such loans defaulting. Unlike the way it’s been over the last few years, this time around they won’t be penalized with higher fees, law suits, or repurchase demands related to making risky loans… this time around they should feel fear or regret related to lending to high-risk, less-than-creditworthy borrowers.

It’s not going to work, by the way. It might have helped 3-4 years ago, but today it’s going to do little more than cause a tingle up the legs of the prognosticators of recovery who’ve been babbling incessantly about home prices coming back for what will soon be seven years now.

If our government really wants to sell the “product” here, what they need to do is stop asking borrowers for all that pesky documentation, and go back to accepting whatever is stated. Wake me up when that happens so I can get ready to start my blog all over again using the same articles in the same order that I did back in ’08. 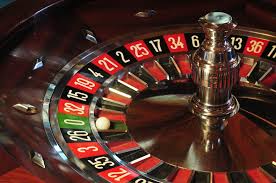 Ever since Fed Chair Ben Bernanke started driving rates down in December 2010, our housing market has basically been awash in refi gravy. By April 2013, the 30-year fixed got as low as 3.5 percent and added to last year’s frenzy of investor buying. If you didn’t look to carefully, everything started to seem as if it were rocking and rolling along.

By June of that year, however, the party actually ended when rates jumped by about a point, and in February 2014, with investor attitudes having long since cooled, the slew of new regulations and requirements ensured that lending was about to hit the skids in a big way.

And it did… mortgage originations and home sales feel off a cliff this year, even though it’s only as the MBA conference in Vegas has the government shown any willingness to admit that we have any sort of problem.

This announcement made by the FHFA’s director Mel Watt, not ironically while in Las Vegas, the gambling capital of the entire world, is the government’s desperate response… the only thing they can think of to do at this point.

Fannie and Freddie approving principal reductions? Not a chance. They couldn’t possibly.

Essentially holding lenders harmless for originating loans with almost no money down, for borrowers with low credit scores, in the event the loans later default resulting in losses to taxpayers… well, sure Fannie and Freddie can do that.

Funny how things work out, isn’t it?

I wonder how many homes Fannie and Freddie will let me buy this time around, because I want to help the country recover, so if it helps… put me down for defaulting on a dozen.