Home  »  Percentage Over 65 Still Paying a Mortgage Doubles to 40%

Percentage Over 65 Still Paying a Mortgage Doubles to 40% 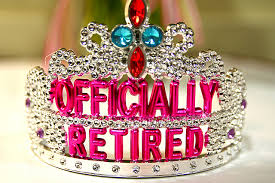 According to a new report from¬†Harvard University‚Äôs¬†Joint Center for Housing Studies, as of 2010, ‚Äú40 percent of households 65 and up were still paying a mortgage.‚ÄĚ¬† In 1992, according to the report, there were only about 18 percent over 65 with mortgage payments.

The New York Times ran a story on September 11, 2014 about the report‚Äôs findings, and the author of that article felt it important to mention that the study, ‚Äúreaffirms the common belief that retirees who own their homes outright are considerably better off than those carrying mortgages or paying rent.‚ÄĚ

What the Times‚Äô article didn‚Äôt bother to mention is that forty percent of households 65 and up amounts to millions of households‚Ä¶ and essentially all of them are at risk of foreclosure, because as the Harvard study also points out, ‚Äúincome declines with age.‚ÄĚ¬† In fact, the study showed that the typical income for households aged 80 and up is less than half that of households aged 50‚Äď64.

This trend towards still owing on a mortgage later in life should be particularly troubling because the over 50 population is projected to increase roughly 20 percent by 2030.¬† And, since I think it‚Äôs safe to assume that the percentage of today‚Äôs homeowners 50 ‚Äď 64 is considerably higher than 40 percent, it seems likely that the percentage of homeowners over 65 making mortgage payments is set to increase in the future as well.

That‚Äôs a very serious problem looking forward because the report also showed that today a third of those age 50‚Äď64, have housing costs that represent a moderate to severe financial burden, and that‚Äôs certainly not going to lessen as they get older and their income falls.¬† (The report defined ‚Äúmoderately burdened‚ÄĚ as spending 30 to 50 percent of monthly income on housing costs, and ‚Äúseverely burdened‚ÄĚ as spending more than half of monthly income on housing.)

And yet, both the Harvard study and the Times article seemed to think it an opportune time to provide the invaluable advice to aging Americans that because seniors who own homes free and clear are ‚Äúbetter off‚ÄĚ than those who don‚Äôt‚Ä¶ more people should pay off their mortgages before retirement.

Well, hold the presses, we‚Äôve got a headline coming through.¬† That is an absolute stroke of brilliance right there‚Ä¶ pay off your mortgage BEFORE you retire‚Ä¶ and then you‚Äôll be better off‚Ä¶ I think I‚Äôm starting to get it.

You‚Äôre saying that I‚Äôd be better off not having to pay my bank a few grand in interest each month in order to stop them from foreclosing and evicting me?¬† It makes complete sense, but I don‚Äôt think many people know about this way of thinking.

I mean, how else do you explain 40 percent of 65 year-old homeowners still making mortgage payments each month?¬† They must not know about the whole ‚Äúbetter off by paying it off‚ÄĚ thing.¬† This is truly a message that needs to be spread among the aging populace with great vigor.

Does everyone understand the message here?¬† What Harvard and the Times is saying is that you‚Äôre better off paying off your mortgage before you stop working because‚Ä¶ well, I‚Äôm not sure exactly why, neither the article, nor the study actually explained that part, and since I‚Äôve completely lost the ability to think for myself, I guess I‚Äôll just have to wait for the Times to do a follow-up piece.

But for now‚Ä¶ I think I‚Äôll run down to the bank and pay my mortgage off tomorrow, I don‚Äôt know why I didn‚Äôt think of doing this sooner.

The only problem is that I‚Äôm a little short.¬† Maybe I can get the bank to increase my overdraft protection so I can just write a check for the $550,000 I owe on my mortgage, and then I could just pay it off over time‚Ä¶ like 30-40 years ought to do it.

So, thank you for that HARVARD and THE NEW YORK TIMES!

Okay, so I was talking to a mortgage banker this evening‚Ä¶

I really happen to hear from¬†a mortgage banker this evening and I asked him how business was these days, and he said it was okay in September and should be in October, but after that it looks a little spotty.¬† He was happy to tell me that he just refinanced an 80 year-old man with a free and clear house.

‚ÄúWhy?‚ÄĚ He said, completely confused at why I would say such a thing.

‚ÄúBut, we‚Äôre also paying off all of his other debt,‚ÄĚ he said with pride, as if doing a community service.

‚ÄúYeah, that‚Äôs great.¬† You‚Äôre turning short term unsecured credit card debt that could be discharged in bankruptcy and turning it into a 30-year mortgage so now if he misses a few payments he can end up in foreclosure.¬† That‚Äôs mighty white of you, you‚Äôll pardon the phrase.¬† With friends like you he should be homeless in no time.‚ÄĚ

‚ÄúWell then‚Ä¶ what should he do?¬† His daughter raided his IRA and now he‚Äôs having trouble paying his bills.‚ÄĚ¬† I really don‚Äôt think he had any idea what else the octogenarian might consider.

‚ÄúSo, he needs income‚Ä¶ not debt.¬† He shouldn‚Äôt be allowed to get anything but a reverse mortgage‚Ä¶ that way, if he needs to miss payments in order to conserve his cash or whatever, he can do so without losing his home to foreclosure.¬† He shouldn‚Äôt be allowed to take out a thirty-year mortgage without going through counseling.‚ÄĚ¬† I was getting more and more serious about this.¬† ‚ÄúI hope someone helps your mother out like this one day.‚ÄĚ

‚ÄúWhy,‚ÄĚ I had to know.¬† ‚ÄúHe prefers the type of loan on which the bank can foreclose, is that it?‚ÄĚ

‚ÄúBecause he wants to leave the home to his son.‚ÄĚ

‚ÄúYeah, so what?¬† He can still do that with a reverse mortgage.¬† The only difference between him getting a traditional mortgage and a reverse one would be that should he ever need or want to skip whatever number of payments‚Ä¶ he can and with no adverse effects.¬† With the mortgage you‚Äôre putting him into now, he‚Äôs got a pretty darn good chance of ending up in foreclosure if anything doesn‚Äôt go according to plan.‚ÄĚ

‚ÄúThat‚Äôs nice, so you‚Äôre just betting that life after 80 will just be more of the same? Will his credit score be paying him in his 80s?‚ÄĚ

HERE ARE THE FACTS OF THE MATTER‚Ä¶

The conversation you just witnessed was a real one with a real loan originator at a mortgage bank, coincidently held as I was finishing making an entirely appropriate mockery of the conclusions drawn by the New York Times covering Harvard‚Äôs new study of housing issues and their impact on older Americans.

It‚Äôs increasingly less incredible that beyond a few presumably alarming demographic statistics the Times transformed such a vital subject into such an prodigious and profuse waste of time.

However, at the same time, since it was reinforcing a key point I‚Äôve been trying to make about older homeowners with mortgages‚Ä¶ how retirement with a mortgage just isn‚Äôt possible‚Ä¶ and why a reverse mortgage solves the problem in the best possible way, I decided it was worth showing that at least Harvard‚Äôs latest study understood the already large and growing problem‚Ä¶ if not the obvious answer.

‚Ä¶ All without a word mentioned about the dramatically superior and certainly safer refinance into a Home Equity Conversion Mortgage, or HECM reverse mortgage, through which he could have paid off his debt and put the money he needed into his pocket, but without the obvious burden that the traditional mortgage would remain for the rest of his life.

I don‚Äôt know whether he‚Äôll lose his home to foreclosure in the future and I very much hope he doesn‚Äôt, but that has nothing to do with the fact that many in his or similar situations will.¬† And I can tell you that people just like him do end up in foreclosure every day somewhere in this country.¬† I know, because I‚Äôve heard from several like him every month‚Ä¶ for the last five years.

Traditional mortgages were not meant for people in retirement, a time known for incomes that fall and expense that rise as we age‚Ä¶ and both happen equally unexpectedly.¬† It‚Äôs almost a guarantee, for example, that every 80 year olds‚Äô income will fall in the years ahead,,, and it‚Äôs almost an impossibility that it will rise.

And yet‚Ä¶ he‚Äôs refinancing into a traditional mortgage, one offering the same strict terms for the next 30 years‚Ä¶ when he could refinance into a mortgage that would allow him to skip payments whenever he wanted to‚Ä¶ or needed to.

There aren‚Äôt any downsides to this homeowner choosing the reverse mortgage over the other‚Ä¶ nor are there any alternatives, as the media likes to claim there are.¬† Every so-called alternative would require the borrower to adhere to a strict repayment schedule, and after 80 agreeing to such terms unnecessarily is nine times out of ten, a terrible idea.

But he can call any mortgage lender or broker and without delay, he will be urged to apply for and receive a traditional 30-year mortgage‚Ä¶ and there‚Äôll be no mandatory (or optional) counseling and no one will tell him about any alternatives, including the HECM reverse mortgage‚Ä¶ the alternative that would allow him to skip payments at any time, and that could end up saving his home from foreclosure.

That‚Äôs just so incredibly wrong in so many ways, and yet there‚Äôs nobody saying a word about it.¬† Neither the New York Times, Harvard‚Äôs Joint Center for Housing Studies or the mortgage banker I spoke with, although they all recognized the inherent risk of older Americans an traditional mortgages‚Ä¶ none even mentioned the HECM reverse mortgage in any context‚Ä¶ only me.

When I think about how many homeowners or homebuyers are not told about the HECM reverse mortgage, it very near makes me want to scream.¬† How can it be?¬† If I were to downsize in retirement, buy a smaller home‚Ä¶ and then find out that I could have used a HECM but no one told me about the alternative of the HECM for purchase program, I would be smoking mad.

And yet it continues‚Ä¶ every day.

Click here for a Mandelman Matters Podcast with Professor David Johnson, a professor at the University of Wisconsin, who has studied reverse mortgages and published numerous articles about them.

The Harvard study can be found here in its entirety: ‚ÄúHousing America‚Äôs Older Adults ‚Äď Meeting the Needs of an Aging Population.‚ÄĚ