Home  »  Bank of America: Lending Tight as Ever and Won’t Change Soon

Bank of America: Lending Tight as Ever and Won’t Change Soon 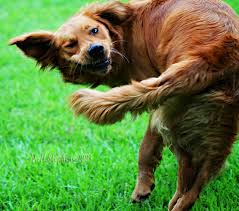 Today, a headline in Origination News caught my eye, and reading the article that followed under it reeled the rest of me into the juicy story. The headline in question, “The Myth of Loosening Mortgage Credit,” was a sure winner for my attention, since I’ve devoted so much energy to telling people of such a myth for longer than I’d care to consider.

But that alone would not have prompted me to write about it as covering the topic of credit tightening and broken securitization markets, has long since started to make me feel like I’m the weatherman in San Diego… tomorrow it will be sunny and clear with temperatures in the low to mid-80s, with darkness expected to follow sunlight sometime in the evening… blah, blah, blah.

Truth be told, I’m pretty darn sure I covered the cause and impact of credit tightening back in 2008, and certainly well before the end of 2009. I think at this point I’m served best to simply quote the American poet, social activist and best-known Trappist monk, Thomas Merton when he said: “The tighter you squeeze, the less you have.”

And if that doesn’t adequately sum up the financial state of affairs in this country since the economic meltdown began in 2007, then you need more time than I can offer right now, and my best advice would be to click around the Mandelman Matters archives of the early days.

No, what compelled me to write after reading the Origination News article was that it told a story that I’ve longed to read for a long time… finally, the mortgage industry was taking over my job these last six years, by calling out the mortgage industry for being completely full of you know what when it claimed, this past summer, that credit was loosening in some meaningful way… somewhere… somehow… for someone. Not for anyone I knew, of that I was entirely sure, but for someone that was obviously somewhere else.

It started last summer when a regulatory report was predictably released that fueled “hopes that banks were beginning to loosen up on making mortgage loans.” Not that fueling such hopes requires all that much in this country of addicts to optimism in this area. 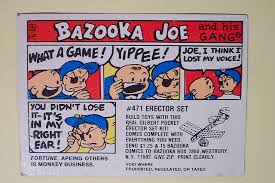 It’s like fueling hopes that our housing prices are rebounding. I’m confident that can be done using little more than the cartoon strip that used to come inside a piece of Bazooka bubble gum, and especially if combined with a joke told during the monologue of the David Letterman Show.

Referring to the summer blockbuster report, also known as the Federal Reserve Board’s Aug. 4 Senior Loan Officer Survey, this writer opined that, “… now it looks as if it was just a head fake.”

The report concluded with glee that there was “a continued easing of lending standards and terms for many types of loan categories amid a broad-based pickup in loan demand.”

I, of course, ignored it completely as simply being more of the balderdash and falderal (or should that be folderol?) to which we should all have long since become desensitized. I mean, with mortgage originations having been down by 70 percent year-over-year during the first quarter of 2014, and down 66 percent year-over-year for the second quarter, what else would anyone to expect to see published as Q3 began and the summer buying months were frighteningly upon us.

I actually covered the subject on several occasions this past year, and perhaps most memorably here, “Mortgage Originations Are Down by 60-70 percent Year-over-Year… But Everything’s Okay,” and again here: “I don’t Care What the Media Says, the Housing Market is Horrible and Homeowners Still Suffering Through the Loan Mod Process.”

According to the article I was reading, “The report helped convince many market participants that a recovery with respect to mortgage lending is just around the corner… “

Now, if that sentence is even remotely true, than our “market participants” are unquestionably either on heavy drugs, dumber than a bag of hammers, or collectively four years old.

The article finished that sentence by saying, “… but mortgage strategists have seen no real change in conditions.” And to that I can only say that I’m proud of them for even looking.

After that lighter weight sort of fare, the heavier hitters arrived on the scene and I started to think that maybe… just maybe… my job here would one day be done.

Apparently, a Bank of America/Merrill Lynch Global Research report issued this month stated: “We think the survey’s value is minimal and we caution against reading too much into it,” followed by the same group referring to it as, “the persistent myth of loosening mortgage credit.”

And boy-oh-boy, no truer words were ever spoken than when that myth was referred to as “persistent.” I just couldn’t have been happier to find that it was Bank of America/Merrill Lynch and not lonely old me with the temerity to say so in no uncertain terms.

Look out RealtyTrac, and the rest, it might just be that you’ll have more than me to watch out for in the months and years ahead. It’s still too early to say for sure, but if this sort of thing continues, you might eventually feel obligated to tell the truth on occasion, as opposed to the shameless and baseless statistically manipulative cheerleading you’ve become known for across the land by anyone paying any attention at all.

The article then quoted Chris Flanagan, apparently the head of U.S. mortgages and structured finance for Bank of America/Merrill Lynch, as saying that, “the Fed’s survey only reflects changes in credit practices over the previous three months,” and that basically that plus $1.95 would at best get you a tall skinny latte at your local Starbucks.  And Chris further pointed out what some would see as being the obvious, “that lenders tightened credit so much beginning in 2006 in response to the housing crisis that a loosening now is so minuscule that it doesn’t have much impact.”

That’s very good, Chris. I think he’s saying to beware of meaningless comparisons that attempt to sell the idea that a great deal has changed when in fact, almost nothing has. In an interview, Chris also was quoted as saying…

“It will take quarter after quarter of survey loosening to undo what was done during the crisis years.”

The Bank of America report, however, used much stronger words such as saying, “The Fed’s quarterly data for mortgages is somewhat irrelevant – one quarter’s of worth of loosening is meaningless.”

Irrelevant and meaningless. Now those are words that I can understand and ascribe meaning to… go get ‘em Bank of America, after all, what do you have to lose at this point… tell the truth, it’s fun!

Flanagan concluded, “There is no evidence really of any change at this point.”  And as if that wasn’t shocking in its honesty all by itself, Flannigan went on to admit that he “is concerned that the current level of credit availability will not improve anytime soon,” saying ominously…

“My belief is that this level now is pretty much the new normal. This is it.”

Flanagan also admitted that he believes a ‘paradigm shift’ has occurred as a result of the Dodd Frank Act’s regulations and stronger enforcement that went into force near the beginning of this calendar year.

Now, where could I have heard something like that before? It’s driving me batty. I know I’ve heard that same sort of thing before, but where? Was it on CNBC? No, couldn’t possibly have been there. I haven’t watched anything on that channel since moron-in-chief, Rick Santelli shot his mouth off about irresponsible owners and in doing so doomed this nation to the second lost decade we’ll experience after this first one has finally ended. 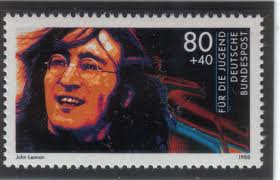 (John Lennon gets shot and killed in front of the Dakota in New York, and ends up on a German stamp.  Santelli lives happily ever after, stamping out truth and compassion at every opportunity on television.   Were Thomas Jefferson to come back for 30 seconds he’d eat a gun.)

Oh, that’s right… it was on Mandelman Matters last November, when I wrote, “Realtors & Mortgage Brokers: Toughest Year for Housing Markets Since 2010 Ahead.” Or maybe it was last August when I wrote, “Two-Year Housing Recovery Mirage Now Over… Bernanke Hoping to Retire Before Anyone Notices.”

Or, it could also have been back in January when I wrote, “The Year is New… But the Housing Hype is the Same Old Thing.” Or in February when I wrote, “Good News About Housing Recovery… Your Kids Will be Living with You for a Long Time.”

Or, I suppose it might have been last March when I wrote, “Demand for Mortgages Plummets, But It’s Not a Winter Storm, It’s More of an Ice Age.” Or it could also have been any number of times that I covered the topic in 2012, 2011, 2010, 2009, or 2008… the point is, it has all said and explained the same thing, because its all been caused by the same thing.

The Bank of America report also said what no one should find the least bit hard to believe, “The massive post-crisis mortgage litigation has likely permanently changed lenders perceptions of their ability to collect on residential mortgage debt.”

Ya’ think? You don’t mean to say that still living in a home today after not making a payment since Bush was in the White House has given anyone of the lending persuasion pause, do you? You don’t actually think that Fannie Mae being allowed to blame everyone but itself for its losses has led to any hard feelings amongst the lending crowd, do you? Well, perish the natural reasoning, you doubting Thomas Aquinas.

Everything is just fine and dandy and to even think otherwise for a moment is to let the terrorists win. (Wait a minute… I think I mixed my political metaphors there.) 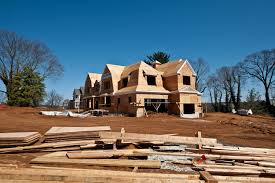 The article also remarked that in September, something must have woken up several homebuilders, because they apparently were lamenting that, “potential buyers were still having trouble qualifying for mortgages.”

On a Sept. 4th conference call, Larry Sorsby, CFO of Hovnanian Enterprises said absolutely nothing when he said: “We continue to hear some positive comments about loosening of underwriting guidelines and taking off the credit overlays. We have seen some evidence of that, but I would say it is really around the edges and fringes and hasn’t had much significant impact on underwriting for the entry-level buyer. We haven’t seen any significant easing.”

And last month, Jeffrey Mezger, president and CEO of KB Home, was also quoted as saying nothing when he said that, “… credit remains tight, particularly for first- time home buyers, despite some easing on Federal Housing Administration underwriting. FHA lenders are willing to finance borrowers with credit scores under 670 to 680, but they have to put a lot more money down. But most first-time buyers don’t have the cash to put up a larger down payment.”

So, look… I think there are two things we can all take away from this important article in Origination News…

First, that we should be proud of Bank of America for coming out and telling the truth about mortgage lending being hopelessly restrictive and therefore relatively scarce in this country for the foreseeable future.

And second… never let it be said that smart money builds homes in this country because there’s no possibility whatsoever of that being the case.

Any questions?  I didn’t think so.