Home  »  Even with $2 million in the bank, you should still have a reverse mortgage

Even with $2 million in the bank, you should still have a reverse mortgage 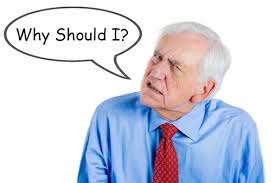 Even seniors with $2 million in savings whose homes are free and clear should at least consider a reverse mortgage, even though few may think so. ¬Ý (And if you’ve saved less, like most people have, then it’s a no-brainer.) ¬ÝI‚Äôm right about this, and¬ÝI‚Äôm going to show you why¬Ýin the hopes that I can change a few minds before it‚Äôs too late, because this is one lesson that you don‚Äôt want to learn the hard way.

Even these days, having a million dollars in the bank sounds like a significant amount of financial security, doesn‚Äôt it?¬Ý Or how about $2 million?¬Ý That‚Äôs got to be enough to keep you safe from any foreseeable financial storm, right?¬Ý Why would someone with that kind of money in the bank, and no mortgage, need a reverse mortgage?

Well, there are lots of reasons, actually.¬Ý But, before I list quite a few of them, it‚Äôs important to understand what $1 million really is to those who have retired, and don‚Äôt want to outlive their money.¬Ý You see, once you retire, it‚Äôs not your labor that generates your income‚Ä¶ it‚Äôs your nest egg that has to produce the income you need to maintain your lifestyle.

So, how much can you withdraw from your nest egg each year to provide that income?¬Ý For years, financial planning experts have put the number at FOUR PERCENT, and recently some experts have pointed out that even four percent may be too high in today‚Äôs low yield environment.

The reason is simple‚Ä¶ some years the market goes up, but other years it goes down.¬Ý And no matter which way it goes, once you‚Äôve retired, you still need your income to live your life.¬Ý Here‚Äôs an example of what can happen‚Ä¶

So, at four percent withdrawals each year, $1 million in savings is actually income of only $40,000 a year‚Ä¶ $2 million would only represent $80,000 in annual income.¬Ý When you think about the money in terms of the annual income you can expect, it‚Äôs not nearly as much as when you describe it as being millions.

Retirement today is measured in decades, not years.

The thing about retiring for decades is, no one knows just how things will go.

My grandmother lived until she was 95, and stayed mentally sharp as a tack until the day she died.¬Ý My other grandmother had a stroke at 65, and lived in a nursing home or something close for the rest of her life, which was just shy of 30 years.

My father passed away without any warning at 81, after sitting in a chair in the living room one night.¬Ý He hadn‚Äôt even been to the doctor lately, best I can tell.¬Ý And then there‚Äôs my Uncle Walter.¬Ý At 88, he‚Äôs still driving his car around town, meeting people for lunch.¬Ý He‚Äôs as interesting to talk to as ever, but his wife, my aunt, is confined to a wheel chair.¬Ý My mother, at 84, is still walking to her Pilates classes at the community center.

You see the problem?¬Ý No one knows exactly what to expect during retirement.

The single biggest bill you can ever be handed comes when you’re discharged from the hospital.

Everyone knows that the single biggest bill you can ever receive is the one you get after being discharged from the hospital.¬Ý So, how much do retirees need for health care during retirement?

Many people under 65 think that Medicare will pay for their medical care during their retirement years, but a study conducted in 2010, by the non-profit Employee Benefits Research Institute¬Ýfound that Medicare only covered about 62 percent of a retiree’s health care costs.

So, according to a new report from Fidelity, a 65-year-old couple that plans to retire in 2012 needs an additional $240,000 to cover out-of-pocket costs not covered by Medicare.¬Ý And the Center for Retirement Research at Boston College shows that out-of-pocket health-care expenses for a couple at age 65 could range anywhere from $197,000 to $570,000.

I don‚Äôt know which of those numbers will come true for whom, but I know two things about it:

The simple fact is that we’re living longer, and there are many unexpected and therefore unbudgeted costs that can occur during retirement.¬Ý As you read the list that follows, remember that even with $1 million or $2 million in retirement savings, we‚Äôre only talking about annual income of $40,000 or $80,000‚Ä¶ before taxes.

Ask yourself‚Ä¶ how fast would $40,000 or even $80,000 of gross income be eaten up by any of the expenditures listed below?¬Ý Any two or three that happen in the same year, could leave someone unable to pay their regular monthly expenses.

And those are not the only extraordinary expenses that can derail the best laid plans for retirement.¬Ý Consider the following…

And for anyone thinking that they‚Äôll address these threats to their financial security in retirement by working, here‚Äôs something you may not realize: Working part-time can take a huge bite out of Social Security – up to 85%, depending on your income.

The Bottom-line: Even with $2 million in the bank, you should still have a reverse mortgage.

Even though you may not need the money now, if you‚Äôre over 62 and have equity in your home, you should absolutely consider having a reverse mortgage in place as a line of credit, so that in the event you need a source of cash to pay for the unexpected, you won‚Äôt be forced to spend down your nest egg.

And you should get your reverse mortgage now, because if you wait until you really need it, you may not be able to get it. ¬ÝI have a friend who had a stroke this past year. ¬ÝHe was strong like a bull… until he wasn’t. ¬ÝAnd besides that, in the midst of a crisis you don’t want to be looking for anything.

And if it turns out that you never need the funds available from your reverse mortgage line of credit‚Ä¶ well, then great.

If you do need it, however, you‚Äôll be so thankful that it‚Äôs there‚Ä¶ a source of funds that you can access that you aren‚Äôt required to pay back until after yours or your spouse‚Äôs death‚Ä¶ or you can repay the loan on whatever terms you chose‚Ä¶ interest only, principal and interest, balloon payment, whatever you want to do is fine.

Retirees need to know that the lending environment has changed.¬Ý Long gone are the days when just about anyone could open a Home Equity Line of Credit (HELOC), or get a second mortgage on your home based on your equity.

Today, equity loan activity is concentrated among “super prime” borrowers.¬Ý According to the latest data released by Black Knight (formerly Lender Processing Services or LPS), the volume of HELOCs is down 90 percent compared with 2006‚Ä¶ it‚Äôs even below the volume in 2010, and we should all remember what a banner year 2010 was.¬Ý And there‚Äôs no such thing as ‚Äúasset based lending.‚Äù

Today, you need to qualify for all loans based on new ‚Äúability to repay‚Äù rules that include strict income and credit score requirements.

With a reverse mortgage line of credit, the year the S&P 500 drops by 22 percent, you won‚Äôt have to deepen your losses by withdrawing additional funds.¬Ý And should you get hit with unexpected expenses that same year, you‚Äôll be able to avoid decimating your portfolio at what could be the worst possible time.

Why wouldn‚Äôt anyone want access to a line of credit that doesn‚Äôt have to be repaid until after their death, or can be repaid at any time, under any terms?¬Ý To embark upon what could be 30 years of retirement saying you don‚Äôt want to take a reverse mortgage line of credit with you, is like leaving on a ship to sail around the world and declining to take a life preserver.

Having saved $2 million in your retirement nest egg is a wonderful accomplishment, and if you‚Äôve done so, you are to be commended.¬Ý But, it does not mean that you have nothing to worry about when facing what could be 30 years of retirement.¬Ý And since you simply aren‚Äôt going to be able to recover from set backs like you could during your working years, it‚Äôs simply not prudent to work without a net.

And I would tell you this‚Ä¶ no matter how much you have or haven’t saved… if I had to pick one thing that makes retirement better is having choices, and that‚Äôs what you get with a reverse mortgage more so than any financial product on the planet.¬Ý It‚Äôs not complicated, it‚Äôs not risky‚Ä¶ a reverse mortgage is just a mortgage, that offers the most flexible repayment terms imaginable.

I‚Äôm right about this.¬Ý If you don‚Äôt agree, I‚Äôm looking forward to hearing from you… or if you have questions or want to know more about how reverse mortgages can make all the difference in the world… either way…¬Ýemail me at Mandelman@mac.com.