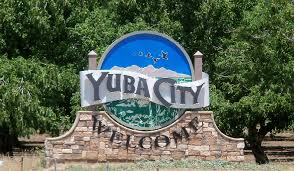 Here’s Part 2 of the Mandelman Matters Podcast that’s all about the money… $16 Million, to be precise… because that’s the amount a Yuba, California jury awarded to Mr. Phillip Linza, after he sued PHH Mortgage for, in general, treating him like he was a ball they could kick around at will. Ā  Part 1 featured the managing partner at United Law Center, Steven Foondos… but now here’s a chance to hear what the two trial attorneys who actually handled the case in court have to say about the experience.

Their names are Andre Chernay and Jon Oldenburg, and when you click play below, you hear them talk all about the facts of the case… about their legal strategy… and how they prepared for what they knew would be coming from the other side.

And the fact is they won… they established damages and the jury awarded their client over $500,000 to compensate him for what PHH’s behavior had cost him. Ā Then, when it came to punitive damages, the jury sent a message loud and clear… and brought the total award to $16 million.

This is not the first decision that punished a servicer for mistreating a homeowner in the loan modification process, in fact this past year there have been a dozen or more around the country. Ā I think it’s safe to say… it’s a trend. Ā (It’s funny, because I said as much a couple of months ago when I was the after dinner speaker in front of a room full of judges and lawyers at the INNS OF COURT meeting… and the judges were nodding along as if they agreed.)

So, click PART 2 below, and you’ll learn all about the $16 million modification miracle, made possible by the lawyers at United Law Center in Roseville, California. Ā It’s an important decision, and it’s worth learning about for sure.

AND HERE’S A LINK TO PART 1