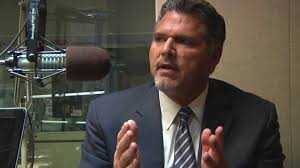 When I started receiving emails from readers containing links to numerous articles being written about a California jury awarding a homeowner at risk of foreclosure a little over $16 million for being abused throughout the loan modification process, all I could think was:

At the same time, this decision wasn’t the first that blamed and held servicers accountable for their treatment of borrowers in the loan modification process.  In fact, last year the Ninth Circuit Court of Appeals not only ruled in favor of the borrower in Corvello v. Wells Fargo, but in addition Judge Noonan actually chewed out Wells Fargo saying among other things: “Heads I win, tails you lose” is a fraudulent coin toss. Wells Fargo did no better.”

I decided that the only way I could cover the real story behind the $16 million jury verdict handed down in Yuba, California, would be to do in-depth interviews with the lawyers at United Law Center, who represented the homeowner.

So, I contacted United Law Center and spoke with their media relations person and she in turn got in touch with the co-founder and Managing Partner,  Steven Foondos, who was on vacation in Greece, but graciously agreed to do the interview.  And then I contacted the two lawyers at United… the ones that actually represented Mr. Phillip Linza at trial, Andre Chernay and  Jon Oldenburg.

In PART ONE, I’ll talk to Steven Foondos, and in PART TWO, we’ll get into the specific details that only the lawyers who tried the case would know… and you don’t miss that for sure.  But first, turn up your speakers, and sit back and relax,,, here’s foreclosure  defense attorney, Steven Foondos on this Mandelman Matters Podcast.