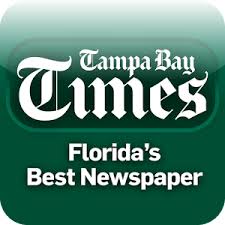 I can’t think of many things more contemptible than the act of lying to a senior citizen, and I am always appalled and dismayed to discover the number of unprincipled individuals willing and able to deceive and even defraud older Americans.

How anyone can knowingly mislead someone in his or her 60s, 70s, 80s or 90s, is something I may never fully understand.  So, you can imagine how shocked I was to find that the misrepresentation a reader brought to my attention was not the result of some scam artist‘s sales pitch, but rather it was presented as “journalism,” published by The Tampa Bay Times.

Susan Taylor Martin, a staff writer for The Tampa Bay Times, wrote the May 30th article under the headline, “Complexities of reverse mortgages snag homeowners,” and it would prove to be one of the most distorted and fallaciously melodramatic presentations of a reverse mortgage that I‘d ever come across, or could have imagined.  It was as inaccurate as it was disgraceful.

Well into their senior years, Kenny and Fran Goodnow were struggling to pay their mortgage in 2007 when a salesman offered what seemed like a wonderful solution.

A reverse mortgage would tap the equity in their St. Petersburg home to pay off their existing loan and give them extra cash for travel, a new car, a nest egg.  Best of all, they could stay in their house.

The couple only had to take care of the property taxes and insurance, which totaled barely $100 a month back then.

“He told us you get paid every month instead of you paying the bank,” said Kenny, now 87.

Soon after, their insurance premium jumped so high they could not afford it. They fell behind on their bills. The reverse mortgage company demanded that they pay $217,000 or lose their home of 25 years.

The couple now wish they had better understood the seemingly simple reverse mortgage, a frequent lament of homeowners who turn to what is actually a complex financial product.  And as increasing numbers of baby boomers become eligible for reverse mortgages, concern looms that many others could find themselves in the same predicament as the Goodnows.

Some will end up fighting to keep their homes.

That’s why Fran, 71, was in a Pinellas County courtroom Tuesday morning, her age-speckled hands clutching the lectern as she nervously faced a judge.

“Mrs. Goodnow, the mortgage company is filing for foreclosure,” the judge said. “Is there something you want to tell me?”

Eeeeeeeekkkkkkkk!  GASP!  I feel like I just finished watching an Alfred Hitchcock movie.  I’ve got goose bumps up and down my arms.  I think I’ll just stay here in my study with shades closed and the door locked.  What was that noise?

Okay, would someone like to tell me why Ms. Susan Taylor Martin, a staff reporter for The Tampa Bay Times, has decided to become the Stephen King of reverse mortgages in Tampa/St. Pete?

Did you notice what happened to Kenny and Fran Goodnow and their “terrifying” reverse mortgage Susan’s imagined?  “Their insurance premium jumped so high they could not afford it. They fell behind on their bills.”  And by bills, I wonder if their property taxes would have been included?

I don’t have any idea why their insurance would have jumped up so dramatically, but regardless, it’s a heart-wrenching tragedy any time an older couple, like the Goodnow’s ends up in financial distress.  And the idea of people that age facing foreclosure… well, I can’t even think about it without feeling helpless and sad.

But, what in the world does any of this have to do with a reverse mortgage?  Isn’t that what this whole article was supposed to be about?  What happened to the “complexities” that were supposedly “snagging” homeowners?

For God’s sake will someone please tell me why this continues happening day after day?  Doesn’t anyone think it’s bad form to misinform senior citizens… to scare older Americans away from a source of money that could easily be a couple hundred thousand dollars or more by feeding them inaccurate and misleading garbage disguised as “journalism”?

That’s okay with someone?  Who?  Why?

If there were a company misleading seniors in an attempt to sell reverse mortgages, everyone would want the Consumer Financial Protection Bureau to shut them down for false advertising and Lord only knows what else.  We’d refer to them as “predatory,” would we not?

But, if Susan Taylor Martin writes an article in the Tampa Bay Times that inappropriately scares and misleads seniors away from accessing the $250,000 they could get from a reverse mortgage, that’s okay somehow?

What if that senior could have made their life’s dreams come true with that money?  Maybe there’s a grandchild that taking out student loans to pay for college or medical school because someone wrote an article that lied about “complexities” of a reverse mortgage that didn’t actually exist.

Or maybe Grandma could have stayed in her home for five more years had she used a reverse mortgage… only she didn’t because she got “snagged” by a deceptive headline and then was misinformed by the article’s contents?

Falsifying, fibbing, embellishing, misstating, misrepresenting, omitting or lying… I don’t care what you choose to call it… deceptive, deceitful, untruthful, unreliable, or wrong.  Stop scaring my 78 year-old mother with this crap, because I have had enough.