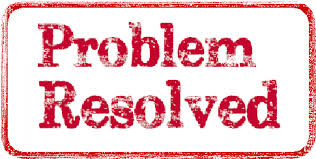 For those that have been following my ‘war’ on misinformation related to reverse mortgages, I’m happy to report that it looks like everything should be clearing up going forward, at least as far as two key issue are concerned.

In addition, I think I even understand why the mainstream media, and every other kind of media for that matter, has been spewing such vitriolic commentary at reverse mortgages across the board, although admittedly on this point I can only theorize.

“Non-borrowing spouse,” is the term used to describe the situation when a younger spouse is not included on the reverse mortgage so that the couple receives more money than would be possible were the younger spouse included.  (The older you are the greater percentage of the equity you can borrow using a reverse mortgage, in case you’ve forgotten.)

When the older spouse, and only “mortgagor,” died, the younger spouse would have to either refinance to pay off the reverse mortgage, something most couldn’t do for any number of reasons, or sell the home and move out… but lately there have been several younger spouses saying that they didn’t know the ramifications of not including them on the reverse mortgage, and that they wanted to keep the home anyway, with having to refinance or sell as the contract dictated.

But, under the theory that dishonest loan brokers can be everywhere and are capable of anything at anytime, I agree that there’s no way to know for sure whether or these spouses truly didn’t know what was to happen after the death of the older spouse… or whether they did know and were now trying to game the system.

From now on, if a younger spouse exists, regardless of whether he or she is on or off the loan, the amount of money the borrower will be able to borrow will be based on the age of the younger spouse, and therefore the loan will not become due until the death of the second spouse, presumably the younger one.

In simpler terms… neither spouse has to refinance or sell them home… it will pass to their heirs only after both are gone.

So, think about how this whole thing breaks down.  There are legitimate reasons for not putting the younger spouse on a reverse mortgage, like if the younger spouse is absolutely certain that he or she doesn’t want to keep the house after the death of the older spouse, for whatever reason.

If that’s the case then until now, the non-borrowing spouse could agree not to be on the reverse mortgage and as a result, let’s say the couple could receive an extra $50,000 from the reverse mortgage… and that amount could make the difference in someone’s life, or change someone’s plans.  Maybe they needed that $50k to save their home from foreclosure, for example. .

Consumer advocates are sure to be quick to call the action taken by HUD a victory, but seniors who needed the higher amounts of money that were available when including only the older spouse on the reverse mortgage, are unlikely to feel like they’ve won anything as a result of HUD’s decision.

I contacted several “advocates,” and all agreed that no one knows how big a problem the non-borrowing spouse is, and obviously one or two spouses does not en epidemic make.  But regardless, HUD’s new policy will eliminate the potential for anyone to end up forced to refinance or sell his or her home following the death of one spouse.

However, we shouldn’t lose sight of the fact that since we’re talking about people getting less money rather than more, it’s not hard to imagine times when less money being available could be devastating to someone’s plans.

But now that HUD will no longer allow a reverse mortgage to be funded based on the age of only one spouse, the couple can only receive $200,000.  And that means the couple can’t get enough to pay off their existing loan and therefore they will remain at risk of losing their home to foreclosure.

So, while I have to say that I’m happy that this issue has been resolved, I’m saddened that the only way the agency could find to resolve it, will make it impossible for seniors to access more of their equity by leaving the younger spouse off the loan, even when all are in agreement as to what that means

And just so I’ve said it… what so you suppose is going to happen more as a result of this decision?  How about… more seniors getting divorced?  Think I’m kidding?

“Honey, if we get divorced, we can get an extra $100,000 and save the house from foreclosure.  After the loan funds, we’ll just get remarried.”

Where there’s a will, there will always be a way…

The morale of this story is a simple one: There will always be someone trying to find a way to take advantage of people where money is concerned, and you can’t make rules to stop that from happening.  Conversely, people will always find ways around the rules if it means putting more money in their pockets.

Neither of these realities is unique or even directly related to a reverse mortgage.

It seems to me that members of the media heard the word “mortgage,” and then “seniors,” and that was enough to send them out looking for examples of how a reverse mortgage went somehow awry.  As a result, countless stories have been written about seniors supposedly harmed in one way or another because of a reverse mortgage.

And they’re just not true.

Just remember this: There are hundreds of thousands of reverse mortgages in place in this country today, and we’re only hearing from a relative handful claiming to have problems.  So, let’s try to keep some perspective here… when it comes to media accounts about reverse mortgages, take this time to read the story carefully, so you can see what they’re actually talking about… because not all that bleeds, is worthy of leading… or reading, for that matter.

The options are simple and there are only two of them…

The confusion began when a number of heirs noticed that HUD rules allowed a property with a reverse mortgage lien to be sold at only 95% of market value, but when several heirs tried to make such an offer, they were told that the clause only referred to an “arm’s length” purchaser, and not to family members or heirs.

Well, thankfully it looks like calmer minds have prevailed once again, and HUD has withdrawn its letter describing the 95% rule as only applying to “arms length” transactions.  So, going forward, heirs of reverse mortgage holders should be able to buy the homes they inherit for 95% of the market value of the property.  Some are concerned that lenders may not always comply, but if that happens, I feel confident that getting HUD involved, should lead to a favorable resolution.

Feel better?  You should.  I do for sure.

Misinformation and the confusion it inspires surrounding reverse mortgages is a tragic thing because it confuses seniors and makes it difficult or even impossible for some to avail themselves of the important benefits a reverse mortgage can provide.  And that’s a terrible thing.

How would you like to find out that no one had told you that you had easy access to several hundred thousand dollars, and so not knowing, you made other plans that you didn’t want to make and wouldn’t have made if you had known?

Now, what if that happened to you when you were in your 70s or 80s… and there were no second chances?