Home  »  Why Does Ocwen Want to Modify Loans? Answer: Because they profit by doing so.

Why Does Ocwen Want to Modify Loans? Answer: Because they profit by doing so. 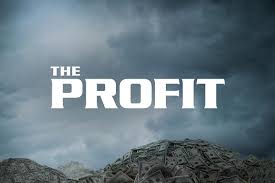 In case you haven’t noticed, over the last month or so there’s been an ongoing debate of sorts happening on Mandelman Matters as to whether mortgage servicers make more money modifying loans… or foreclosing.

It’s the same debate that’s been going on informally all over the country since 2009, when everyone was trying to explain what the Sam Hill was going on with servicers who at the time, seemed to be doing everything but modifying loans.

And, if you remember, I’ve been saying that servicers cannot possibly be making more money by foreclosing today… perhaps they did to a point, but not for a long time now.  Late fees are great… to a point.  Once everyone’s late, they’re not so great anymore.

It just isn’t possible that servicers are making money in today’s environment for all sorts of reasons.

Bank of America, for example, hired 50,000 people to handle loan modifications and related needs since 2009.  And from 3,500 full time employees to 50,000 in a given department, is not a contingency plan… it wasn’t planned for… wasn’t foreseen… it’s a cataclysmic event.

Assuming those 50,000 people make an average annual wage of $25,000 each, which is almost certainly low… and that’s $1.5 billion in added payroll expense alone, which is to say nothing of the what it costs to find places for 50,000 new hires to sit and work every day.

Here’s another factor to consider… houses don’t make money, they cost money.  In order for them to make money, you have to be able to sell them for more than you owe on them.  Now, does that sound like something that’s happening all over town these days?

A few years ago, mortgage servicing was perhaps the most boring business on the planet.  Almost no one ever called their servicer… ever.  All these companies did was send out statements, collect payments… and in 1-2% of cases, foreclosed when someone stopped paying, which took a few months and often the home went up in value during the foreclosure process, so you actually made money selling the home.

Contrast that with mortgage servicing today with tens of thousands calling daily… no one that calls is ever happy… and you get in billions of dollars worth of trouble no almost no matter what you do.

And today, foreclosing takes years in almost all cases.  Years, during which no payments are being made, but servicers have to advance the payments for quite a while.  And after all that, you’re lucky to sell at a price that doesn’t mean losing half or more of the loan’s value.  To say nothing of the years of legal fees that used to be weeks or months. 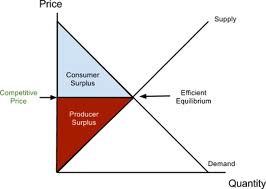 Now, I realize that might be a little wonky for some readers, you have to be a bit of an econ-nerd to appreciate the theory, but you don’t have to over think things to realize that mortgage servicing today could NOT POSSIBLY be operating at anything near “equilibrium.”  I don’t know where we are on the chart, but I can tell you it’s nowhere near the intersection of the X.

Look, there’s a lot more I could say, but isn’t it getting kind of obvious that mortgage servicing, which was designed for a completely different set of circumstances, could not possibly be profitable today.

The thing is that no one wants to think that the horror show we’ve all witnessed these last five years hasn’t been part of a nefarious plot to steal homes and take over the world somehow.  That would at least be a battle worthy of the pain.  To think that all that has transpired has simply been the result of human inadequacy, political expediency, and in general a clusterf#@k of guesswork and mistakes caused by bad data and over-confident Harvard guys… well… it’s borderline intolerable.

It’s a lot like 9-11.  I was happier when I was told that 9-11 was the result of a carefully planned plot, perpetrated by the global Al-Qaeda network of high-tech and underground “cells” set up to function all over the world, and capable of destroying the planet at any moment.  That explanation felt pretty good… so it was LET’S ROLL… and all that stuff.

When I later found out that there were no weapons of mass destruction and that 19 religious fanatics who had signed up for flying lessons in Florida without wanting to know how to land, had proceeded to board coast-to-coast flights with expired passports and looking more or less like the drummer for Ziggy Marley’s band, while carrying on enough cutlery to kill, carve and serve an entire moose for the in-flight meal… well… it just wasn’t the same.

And when we pulled Saddam out of a hole somewhere, looking like the Middle East’s version of Fred Sanford, without his sons… honestly, I wasn’t even paying attention anymore.  I wanted a picture of a camel with a nuclear weapon strapped to its back, and anything less wasn’t even enough to get me to watch the made for TV movies that were destined to come.

Well, the situation we’re still grappling with today as related to foreclosures is turning out to be way less like the plot of the next James Bond movie, and more like something that could have been produced by Adam Sandler. 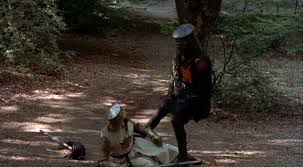 Even the king of fraudulent foreclosures, Lender Processing Services (“LPS”), who spawned DocX and produced millions of fakes and forgeries, only ended up with a relative slap on the wrist, but to add insult to injury, now they’ve renamed the company “Black Knight Financial Services,” which makes me want to act out that scene from Monty Python and the Holy Grail, which is not how I’m supposed to feel about this whole thing.

Max Gardner, in case you’re not already aware, is widely considered to be the country’s top foreclosure defense and consumer bankruptcy attorney… he’s simply won more money from financial institutions on behalf of consumers than any of his peers… a lot more.  And he’s been battling against creditors since before any of us ever heard the acronym MERS, much less used it in sentences while at our dinner tables.

Max is a hero of mine for all sorts of reasons and I’m proud to be able to call him a close personal friend.  He’s been reading Mandelman Matters for years now, and I know this because he emails me whenever he thinks I deserve praise, require input… or am about to get attacked by April Charney for being Jamie Dimon’s concubine, or something close.

Well, Max has been watching the debate about servicer profitability that’s become a staple on Mandelman Matters of late, and a few days ago, he finally weighed in as only Max can… with facts that come from his ability to read at an 8th grade level, a skill sorely lacking all over this crisis today.  Yes, when Max wants to know something, he does what I like to call, “looks it up,” and this time was no exception.

What you’re about to read is what Max posted on his private listserv only days ago, thus causing April Charney to lump Max in with the likes of me… an obvious shill and sell-out to the banking elite in this country.  Well, it’s either that… or it’s just quoting from Ocwen’s most recent 10-K SEC filing.

That’s not to say that they don’t make enormous numbers of mistakes, too-often take unacceptable shortcuts that could be referred to as breaking laws, and in general constantly struggle to balance the greater good with their own corporate imperatives and cultural underpinnings.  They do all of that and often with the personality of Leona Helmsley in a Darth Vader suit.

But regardless, it’s undeniable that they are continuing to improve when it comes to modifying loans, and that simply doesn’t jibe with the idea that they’d prefer to foreclose for profitability’s sake.

Yes, they do things we don’t like, but it’s not because they’re trying to destroy life in this country, as we know it.  It’s because they’re banks and corporations that don’t want to leave money on the table, have to work in the best interests of their shareholders as opposed to the America middle class, and have to establish rules to follow that are formulaic, even though each borrower’s situation is, like a snowflake, entirely unique.

To-date, we’ve got the solution the private sector has been able to provide.  If we don’t like it, then we need to take our demands to our government… to Congress, specifically, via our elected representatives.  That’s who’s responsible for ensuring fundamental fairness in this country… not bankers at Goldman Sachs or JPMorgan.

And if that’s too hard, or too much work… well, then we’ve got exactly what we deserve. 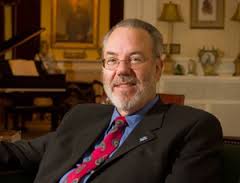 Now, here’s Max Gardner, the man who’s forgotten more about Pooling & Servicing Agreements than most could ever stay awake long enough to read… he’s wicked smart and unquestionably dedicated to the rights of consumers… and it’s my pleasure to quote him in this instance, mostly because he’s now supporting what I’ve been saying for some time now about servicers.  Yeah, they often suck, but that’s just because they’re servicers.  Don’t hate the player… hate the game.

From Max’s recent post on his Boot Camp Listserv…

They (servicers) receive incentive payments… they get to recognize deferred fees on their financials and increase the carrying value of their Mortgage Servicing Rights… and then they’ll maintain a stream of servicing fees when loans are returned to performing status.

To give you a sense of the impact of loan modifications on Ocwen’s financials, what follows is an excerpt from Ocwen’s 2013 10-K SEC filing:

“The increase in modifications contributed to revenue growth because when we return a loan to performing status we generally recognize any deferred servicing fees and late fees on the loan. For loans modified under HAMP, we earn HAMP fees in place of late fees.

As a result of modifications:

And there you have it… in all it’s boring glory.  But, the good news is, you have a much better chance of getting your loan modified today than in past years, and there’s every reason to think that your odds will continue to improve over time.

Does that make you feel any better?  Me either.

P.S. If you’re stuck with Ocwen or Bank of America, email me at mandelman@mac.com

and I’ll see if I can help… I often can.