Home  »  What’s WRONG with Richard Cordray of the CFPB? Tell Me How Can This Happen?

What’s WRONG with Richard Cordray of the CFPB? Tell Me How Can This Happen? 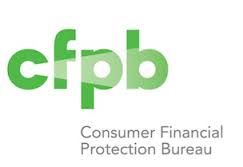 ŌĆ£Reverse Mortgage Foreclosures On the Rise, Seniors Targeted for Scams,ŌĆØ is the sensationalistic scare tactic chosen by The Huffington Post.┬Ā It quotes Richard Cordray, Director of the Consumer Financial Protection Bureau (ŌĆ£CFPBŌĆØ), and among other crazy things, he says that seniors with reverse mortgages are going into foreclosure┬ĀŌĆ£at an alarming rate.ŌĆØ

How in the world can a reverse mortgage go into foreclosure?

Cordray claims 10 percent of reverse mortgages are in default or foreclosure, but since there are no mortgage payments to miss when you have a reverse mortgage, the only way this could possibly be true is if heŌĆÖs talking about people who are unable to pay their property taxes.

So, why does Cordray make it sound like heŌĆÖs describing a problem with reverse mortgages when heŌĆÖs actually not?┬Ā Why is he scaring seniors away from a reverse mortgage, when it could transform their lives, or save their homes, or any number of other positive things?

I donŌĆÖt understand how Cordray can do what he did here, under the guise of ŌĆ£protecting seniors?ŌĆØ┬Ā

However, I thought CordrayŌĆÖs best line in the HuffPo hit piece, hands down, was when when he said that the agency found that:

ŌĆ£ŌĆ” seniors often donŌĆÖt really understand the terms of the loan, a problem exacerbated by deceptive mailings and other advertisements.ŌĆØ

Richard actually thinks that itŌĆÖs mailings and advertisements that are confusing seniors?

What about the countless articles in the mainstream media containing little more than inaccurate hype and deceptive scare tactics that are sure to confuse seniorsŌĆ” because they certainly have confused me. ┬ĀYou know, like THE ONE HEŌĆÖS QUOTED IN that I’m writing about right now and┬Āthat ran in the Huffington Post. ┬ĀOr the ones I wrote about HERE, that ran in Forbes Magazine, or ABC News, the Washington Post and too many others.

Cordray isnŌĆÖt concerned about biased, inaccurate and incomplete coverage by the New York Times, the Washington Post, ABC News or all the restŌĆ” they can all get it entirely wrong and mislead seniors about reverse mortgages.┬Ā But, he is concerned about mailers and advertisements?

Yeah, that makes total sense because whenever I hunger for knowledge or am seeking information, I always first check my mailbox to see if thereŌĆÖs any junk mail that’s arrived on the subject.

The irony of Richard Cordray warning of mailings and advertisements misinforming seniors about reverse mortgages, while being quoted in an article thatŌĆÖs doing exactly that on steroids, is overwhelming.

How does this happen, and why doesn’t anyone care?