Home  »  The blogger, lawyer, banker and borrower: A letter from home thanks to Bank of America.

The blogger, lawyer, banker and borrower: A letter from home thanks to Bank of America. 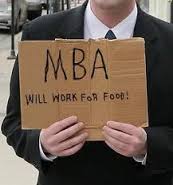 Catherine Drake is a woman who contacted me several years ago when she was about to lose her mind.  She had a terrible loan, with a terrible lender and servicer.  She was really at the point of giving up.  She had a few terrible lawyers along the way as well, and had spent way too much money on nothing.  I didn’t know what I could do to help her, frankly.  All I could do was talk to her.  She’d call me at dawn some days and we’d talk as she was driving.

When her next lawyer bailed out and refused to refund her money, I had to find an attorney who would listen to what she’d been through and care enough to come to the rescue, so I called a lawyer who had become a good friend, attorney Nathan Fransen, of Fransen & Molinaro… and he agreed to step in and help.

Nathan handled Catherine’s various legal issues for quite some time, while I was onto other things, and then a miracle happened.  I contacted Catherine to see how everything was going and she told me her loan had been transferred to Bank of America.  I couldn’t believe it.  I was going to be able to help her after all.

I received the letter below from Catherine at the end of this past week.  Reading it made me smile.  Sometimes, it’s worth remembering, no amount of planning will replace dumb luck.

To Whom I Hope this Concerns:

My name is Catherine Drake.  My story, although now resolved, is still not easy to tell.

In 2004 we got the keys to our first home.  Nothing fancy but suitable for my family.  Unbeknownst to us because of the loan we were in we would face years of an emotional roller coaster that was unimaginable.

I jumped through every hoop you can be asked to jump through and it was never enough.  I was left when the loan adjusted puking every morning for months and crying in the shower before I went to work.  I wrote every single entity I could possibly think of to help my family save our home.

My loan servicer straight out wanted to foreclose. I had lost count of their lies.   I had lost all hope.  We were going to lose our home.  I was on the Internet reading stories that made me realize we were not alone.

Then at my absolute darkest hour I found Martin Andelman and Mandelman Matters.  He didn’t know me or my family, but he took hours of his life and did all he could to help us.  I used to call him while driving on my job early in the morning and we’d talk for hours while I was on the road.  He referred me to an attorney I could trust when I needed one.  He listened to my cries for help.  Then he acted on them.

We were truly blessed when our loan servicing was taken over by Bank of America in the midst of this process.   After it was all said and done BofA followed through and did what they said they were trying to accomplish. Our now dear friend Martin stepped into our lives again like a knight is shining armor to see what he on his end could do for us.  He had senior level contacts and could escalate our case.

All we ever wanted was a fixed loan.  Between Martin  and Nathan Fransen’s time and dedication to my family we received a loan modification.  The part that to this day will bring tears to my eyes is what they demanded in return.  NOTHING!!!  Our heartfelt thank you’s was all we could give.  These men who didn’t know me or my family, but treated me like I was their family.

My story had a happy ending.  Our home was saved, but without Martin I have no doubt in my mind it would have ended badly.  He gave me a huge gift in the middle of that terrible time..FAITH, TRUST and something I had lost: HOPE.

From my heart to anyone going through this please believe Martin truly cares and has put his life on hold to be there for any family in need.

Thank you for your time in reading my story,

Every day, I hear about homeowners having a terrible time getting their loans modified.  It’s painful to hear the stories, in part because I’ve heard so many over the last five years plus.  But Catherine’s story made me smile… a lot.  She went through an awful time… the sort of things that would have caused most people to throw in the towel on several occasions.  I hadn’t talked to her in at least a year and maybe longer when her loan ended up at Bank of America.

I’d never been so happy to hear someone use the acronym, “BofA” in my life.

Congratulations Catherine, there is now officially nothing you can’t endure.  And Nathan, as usual… brilliantly done.  And of course, what can I say about BofA.  I’ve seen Bank of America help so many homeowners that I’ve submitted as needing special attention, that I don’t even worry anymore… and this time they did something no other servicer had been willing to do for three years, or maybe even four.

The moral of the story is don’t give up, no matter what.  You never know what’s ahead.

And if you need help with a Bank of America loan, you can email me at: