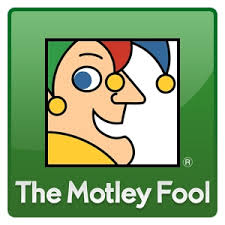 Have you ever found yourself sitting alone and actually wondering, if only for a moment if you might possibly be some sort of unwitting participant in a Candid Camera revival show, or something close? ¬†Because, when it comes to reporting on reverse mortgages, I’ve started to feel like I’m getting the gaslight treatment. ¬†It just doesn’t seem possible that every single mainstream media outlet could be so consistently obtuse about the same subject.

I’m sitting at my computer today, like on any other day, and every single newsfeed about reverse mortgages that comes across my screen is essentially extolling the perils of reverse mortgages. ¬†It’s just one poorly researched and inflammatory claim after the other… and each one goofier than the last. ¬†How can this be happening, and shouldn’t someone do something about it?

Think about this for a moment: Home Equity Conversion Mortgages (“HECM”), are a BENEFIT for seniors over 62 years of age, made possible by CONGRESS, regulated by the U.S. Department of Housing and Urban Development¬†(“HUD“), and insured by the FHA. ¬†Does that sentence sound like it could possibly be describing something designed to harm older Americans?

What’s next? ¬†“Getting screwed by Medicare, Look before You Leap?” ¬†Or, how about: “Stay Safe by Just Saying NO to Social Security?”

Consider what the presumably venerable Motley Fool had to say roughly two weeks ago¬†about reverse mortgages and you’ll see what I mean.

(Oh, and SPOILER ALERT… ¬†If you‚Äôve seen one article about the ‚Äúrisks” or “perils” or “nightmares,” associated with reverse mortgages, you‚Äôve quite literally seen them all.¬† It feels almost like one writer started a chain letter on the subject, and the rest of the pack just ran with whatever the lead dog said, sans cognitive thought or consideration.¬† It‚Äôs like watching “Stupid Is As Stupid Does,” were it produced as a reality television show.)

Below are the “risks” as listed in the FOOL’s cautionary commentary, ‚ÄúFor Baby Boomers, Revers Mortgages are Still a Risky Proposition,‚ÄĚ which appeared on FOOL,com on April 24, 2014.

1. Eligibility rules are tougher.¬†
That‚Äôs the number one risk under such a headline?¬† Do you see how stupid that really is?¬† It doesn‚Äôt even matter if the statement‚Äôs true or not, because if you can‚Äôt qualify for some reason, which is HIGHLY unlikely (assuming that you’re 62-plus and have equity in your home), then the reverse mortgage would represent absolutely no risk whatsoever.

And on top of that, the same paragraph also describes the HECM’s new rules, which FOOL.com readily admits reduced the amounts that can be borrowed as a lump sum in year one, as having¬†‚Äúeliminated‚ÄĚ the risk of people running out of money too quickly.

Now, I have no idea how a reduction in the amounts that can be borrowed as a lump sum in year one could possibly “eliminate”¬†the risk that someone might run out of money too quickly, but I guess it doesn’t make any less sense than presenting the “tougher eligibility” as still being a risk for baby boomers… so, I’ll just leave it alone.

2. They‚Äôre expensive.¬† This is my personal favorite from the dumb statement department about reverse mortgages.¬† Here‚Äôs what FOOL.com says: ‚ÄúYou’ll pay all the charges associated with a mortgage, such as appraisal, title search, and recording fees (well, that makes sense, since it is a mortgage we‚Äôre talking about, right?), as well as steep origination fees: (And what do they mean by ‚Äústeep?‚ÄĚ)

For homes worth less than $125,000, for example, you might pay up to $2,500… and these loans have fees¬†regulated and capped by HUD and Congress, by the way. ¬†Monthly servicing fees of¬†$30 to $35¬†are common, the FOOL claims,¬†and after calling around to ask several originators of reverse mortgages about these monthly servicing fees, by “common” I think they mean, “extraordinarily rare.” ¬†And lastly, HECM’s require FHA mortgage insurance, so if after the death of the reverse mortgage holder(s), the amount owed on the loan are greater than the home’s value… the heirs can walk away and the FHA will pick up the check.

Now, please tell me that I‚Äôm not the only one that wants to find whoever characterized those fees as being ‚Äústeep,‚ÄĚ and rub his nose in his own prose.¬† Because here‚Äôs the real question about HECM’s fees: How much do reverse mortgages cost compared to the other loans that I don‚Äôt have to repay?

And FOOL.com goes on to point out that the origination fees attach to your loan balance, which could be true, but if that $5,000 being added to your balance bothers you… pay it in cash.¬† Problem solved.

3. You still own the home and it can be foreclosed upon.¬† Yeah, I suppose¬†if one doesn’t pay one’s property taxes, any home can eventually find its way into foreclosure, but as to how that fact relates to having a reverse mortgage is classic non sequitur, because that‚Äôs true no matter what, fools.

4. Age requirements can cause survivorship problems.¬† Okay, this is the ‚Äútake the younger spouse off the deed in order to qualify or borrow more,‚ÄĚ controversy that’s been going on recently in the courts and in the hallowed halls of HUD, as a result of a lawsuit filed by the AARP Legal Foundation on behalf of four borrowers, and an article in the New York Times that described the situations borrower’s were facing as a result of the HECM product that Jessica described as being “fraught with problems.” ¬†

As I understand it, the suit was dismissed recently on jurisdictional concerns, and HUD is expected to make some further announcements, but the obvious way to eliminate this so-called “risk” is simply not to take your spouse off the title to the home in the first place. ¬†Seems like an easy fix, don’t you think?

You see, it’s NOT ACCURATE to say¬†“age requirements can cause survivorship problems.” ¬†

This problem is NOT caused by age requirements, nor is it a case of a program being “fraught with problems,” in the hyperbole chosen¬†by the New York Times. ¬†This issue is caused when someone takes out a reverse mortgage after removing the younger spouse from the title to his or her property..¬†And I know that I may get in some trouble with someone for saying this, but it’s caused by people trying to cheat the program’s rules in order to get more money from the deal.

The article in the NYT referenced above ran with the headline: “A Risky Lifeline for the Elderly is Costing Some Their Homes,” and it was written by Jessica Silver-Greenberg. ¬†The first sentence of that article read: “The very loans that are supposed to help seniors stay in their homes are in many cases pushing them out.”

Damn it, Jessica… it’s NOT the loans pushing anyone anywhere.

The HECM reverse mortgage program was designed so that the second spouse to die is able to remain in the home until his or her death, without making mortgage payments if that’s the goal, and only after the second to die passes away, does the home need to be refinanced or sold to pay off the reverse mortgage lien. ¬†In this example, however, homeowners are doing the opposite… they’re taking the younger spouse off title… they’re not using the product the way it was designed.

Try using your iPod to stir your coffee, or your camera as a football, and let me know ¬†how either of those products performs. ¬† I’m guessing you’d have some unintended consequences in both cases as well, but you wouldn’t blame the camera for being a bad football, or the iPod for being a bad stir-stick.

Here’s the crux of the biscuit or, if you’d prefer, the case in a nutshell…

Lastly, I can’t help but mention that part of this problem is caused by the mortgage industry and mainstream media confusing seniors about reverse mortgages, and telling people not to get one unless facing a financial crisis, or last resort, even… and this I find to be absolutely terrible advice in all cases.

As I’ve written before, seniors today should open a reverse mortgage on their 62nd birthdays, if for no other reason than to put it away like a line of credit. ¬†The amounts available for use will continue to increase each year, and if the senior never does need to borrow the funds available, then congratulations are in order.

But telling seniors to wait until they’re in a financial crisis to consider a reverse mortgage is just incredibly bad advice… more than that, it’s just dumb… and it’s very likely the reason some seniors have been ripped off in the past, and why others ended up not fully understanding things they should have understood.

Not only that, but there’s no reason whatsoever for a senior to wait to establish their reverse mortgage… they can even set it up as a line of credit if they’re unsure how they want to structure it. ¬†Why would anyone wait? ¬†What’s going to change between now and then that would matter? ¬†Open the line and don’t borrow it… just have it in case you need it.

5. Payments are considered part of a home‚Äôs equity, and can be attached in a lawsuit.¬† Yeah, now here’s a problem sure to reach endemic proportion‚Ä¶ senior citizens getting sued.¬†

Oh, and by the way, FOOL.com also acknowledges that the proceeds from a reverse mortgage are tax free, so even though I would think that would have to be considered a positive thing, it‚Äôs found buried in a paragraph under a scarily negative headline.

6. Your heirs could get hit with a mess.¬† I can‚Äôt decide whether to think of this issue as being simply stupid or more broadly fallacious.¬† All mortgages are liens secured by property, and they all must be repaid at some point.¬† The reverse mortgage is just a mortgage that offers the most flexible repayment options imaginable‚Ä¶ that‚Äôs all… it’s really not much more complex than that.

So, there you have it‚Ä¶ the Motley Fool‚Äôs coverage of reverse mortgages… with the New York Times and Jessica Silver-Greenberg weighing in… and together it just seems to me to be an appalling lack of balance with no effort to convey the benefits of a reverse mortgage for the millions of seniors who who could benefit from knowing them. ¬†And instead, it bled, so it led. ¬†

Articles like theirs make me realize that I work way too hard.

But, when you stop to consider that we‚Äôre talking about the coverage by The Motley Fool and The New York Times, is it really any wonder that almost no one understands reverse mortgages?¬† How could anyone be expected to know anything substantive about reverse mortgages when the only articles they can find seem to be in a race to see who can make the reverse mortgage look worse.

I started researching reverse mortgages almost a year ago, and there’s no question that they are an important, exciting and potentially explosive product made possible by the U.S. government that is sure to make a major impact on the lives of millions of retirees in the years ahead. ¬†But don’t we need to consider how many lives will be harmed by a presentations designed to inflame rather than inform. ¬†¬†

If you want more information about reverse mortgages‚Ä¶ email me at Mandelman@mac.com. ¬†And stay tuned‚Ä¶ there‚Äôs so much more to come that you won’t find anywhere else.