Here Come the Happy Housing Numbers, but Foreclosures Up Year-Over-Year 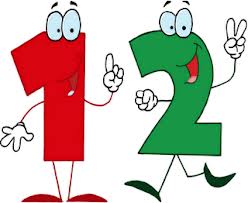 Spring has sprung, the year’s longest day is right around the corner and the happy housing market summertime stats are popping like popcorn.  With this year’s first quarter home sales numbers having come in somewhere between abysmal and dreadful, April’s numbers were destined to come in rebound-like.

Want to know what that means in terms you can understand?  Well, David Stockman straightens it out as follows:

“Actual monthly sales in April came in at 41,000 compared to 39,000 in March. That’s a gain of 2K that requires a Wall Street microscope to ascertain, but then it was also a 2K drop from the 43K new homes sold last year.”

So, when you see the flurry of happy housing market summertime stats that are sure to be coming soon to a theater near you, keep in mind that it’s a case of “compared to what,” to borrow words from the great “Les” McCann.  It can’t be hard to recognize that April sales coming in at 41,000 compared with March at 39,000… well, it’s hardly reason to hold a parade.

Stockman, a former Republican U.S. Representative from the state of Michigan, who also served as the Director of the Office of Management and Budget (“OMB”) from 1981 to 1985, also explains that, “the nation is now saddled with massive excess supply and has nearly 20 million vacant units, stating…

“… the more relevant point here (is) that new homes sales are still bumping along a mighty historic bottom; that the beginning of interest rate normalization has already put the kibosh on the tepid recovery that had been underway…”

And further, Stockman echoes what I’ve pointed out many times in the recent past…

“Compounding the slump is the fact that new household formation rates have dropped into the sub-basement of historical experience—coming in at about 500K annually in recent years compared to 1.5-2.0 million in pre-crisis times. The reason the data is in the sub-basement, of course, is that the kids are still in mom and dad’s basement, surviving on student loans and hamburger flipping gigs a few hours per week.”

It’s gratifying to see that Stockman is one of the few that “gets it,” and the fact that he’s a Republican makes it all the more remarkable… and admirable, for that matter.  I mean, I have to say it… I know I’ve never been a congressional representative or the director of the OMB, but regardless, he reminds me of… well… me.

Just consider what he has to say in his recent piece about, “20 Million Homeowners Can’t Trade-Up Because They’re Still Underwater.”

“Here we are 96 months after the housing peak, yet there are still 20 million households which are either underwater on their mortgages or do not have enough embedded equity to cover the transaction costs and down payment needed to move. Since there are only 50 million households with mortgages, that means that as a practical matter 40% of mortgage borrowers are precluded from trading-up.”

And David’s number of 40% being underwater, unable to move, and therefore not a part of the demand for residential real estate, may be low when you consider the 20 percent down payment needed to qualify for a mortgage from Fannie or Freddie, those that can’t qualify because of their credit scores, or you include the baby boomers who are aging and simply don’t want to move for that reason alone. 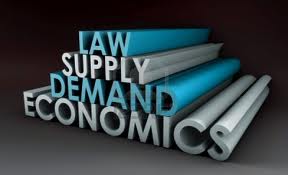 WHY IS ALL OF THIS SO IMPORTANT?

Just to make sure everyone understands why this is so important, it’s because in any normal sort of real estate market, roughly 60 percent of homebuyers are selling a home to buy another… buy-up buyers, let’s call them.  Another 30 percent of buyers, normally, are first time buyers… normally 10 percent of sales are investors.

And, as Stockman also points out, with the census reporting that 39 percent of 18-30 year olds still living at home with their parents, and household formation running at 25 percent of historical norms, it should be easy to see why first time buyer demand isn’t rising to its normal 30 percent of sales level.

And if demand can’t go up, then prices can’t go up either.  Now, if there’s only one house for sale in a neighborhood, it probably will sell for a little more than it should, but that’s not price appreciation based on sustainable demand.

With demand being so greatly diminished for reasons that are not changing anytime soon, 50 percent of the sales over the last two years have been investors, not people looking to live in the homes being purchased.  Just like the latest data on new construction… the vast majority are multi-unit housing, not single family residences.

In other words, the housing market hasn’t recovered, and won’t recover because it can’t recover until the underlying fundamentals change, and that won’t happen for a long, long time.  It certainly won’t happen as long as we refuse to do anything to actually mitigate the damage caused by the ongoing foreclosure crisis.

California Foreclosures Are Up 27% Year over Year…

Have you been tempted to believe the headlines from the first quarter of this year about the foreclosure crisis coming to an end?  Well, don’t.  California foreclosures in April are up 27% compared with the same month last year.  And here’s some of the latest data on the subject.

On May 13th, RealtyTrac reported that bank repossessions were up month over month in 26 states, and in 16 states are up over last year by significant amounts.  Here’s a look at how bank repossessions are trending year-over-year in the top ten states…

Mark Fleming, chief economist for CoreLogic, in a recent release had the following to say…

“… the housing market is a long way from being fully recovered.”

And how could it be any other way?

If you’re having trouble getting your loan modified, especially if with Bank of America or Ocwen,

you can email me at mandelman@mac.com… and if I can help, I will.