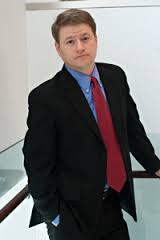 Tom Deutsch absolutely hates the idea of using eminent domain to write down underwater loans for homeowners. ┬ĀTom is the Executive Director of the American Securitization Forum (ASF). ┬Ā He has testified before Congress over a dozen times on various aspects of the residential mortgage and structured finance markets, and he was named by Institutional Investor Magazine as a Rising Star of both Fixed Income and Securitization in 2008.

Since the meltdown of 2008 took down Wall Street’s global investment banks,┬ĀTom has been one of the primary voices of the banking and financial services industries. ┬ĀHis view of the foreclosure crisis will no doubt shock some, and anger others, but when it comes to the subject of eminent domain… he’s not just opposed… he’s vehemently opposed.

If Professor Robert Hockett is the man behind the plan to use eminent domain to take over underwater loans and write them down for homeowners, Tom Deutsch is his arch┬Ānemesis. ┬ĀOn this 30 minute podcast, you’ll get to hear one of the chief opponents to Professor Hockett’s Municipal Plan, describe in detail why he believes the plan is entirely wrong in every way, and why he believes that is will ultimately fail.

This is an opportunity to hear how the opposition to the plan to use eminent domain thinks and why they believe as they do. ┬ĀThis is a complicated issue, no question about it, so no matter which side you’re on, you’ll want to hear what Tom Deutsch has to say.┬Ā

SO, TURN UP YOUR SPEAKERS AND CLICK PLAY BELOW