It was an honor to help him get his loan modified… 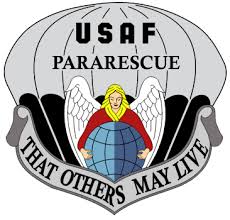 It was an honor to help Arlie Matthews get his loan modified with Bank of America. Ā At the times when I sit and wonder why I’ve done what I’ve done, and how I can possibly continue doing it for one more day, I think of Arlie. Ā He was among the bravest the U.S. military has ever witnessed. Ā He was a member of a helicopter crew who flew during the Viet Nam War. Ā They seldom flew above 1,500 feet and were essentially always exposed to hostile fire. Ā One out of five of these pilots was wounded or killed during the war. Ā And, I figure, if he could make it through that, then we can make it through this. Ā His letter to me follows…Ā

I wanted to let you know I am forever indebted to you, for all you have done for me. Your getting involved with my situation with Bank of America the way you did it, resulted in me getting a modification that I could not get on my own. This has allowed me to save the house from the Trustee Sale that was scheduled for only a month away.

I want you to know that as a former Army Rotor Wing aviator in combat the US Air Force Pararescue and Para-Jumpers (PJ’s), you were a security blanket for us at a time when we needed help. I salute you for what youā€™ve done for me and my family.

I know that what you did with Bank of America worked, because I had an appointment that same afternoon at the Loma Linda VA Medical Center and while I was there I received four voice mails on my cell phone. They were from Reuben and Suzanne at Bank of America telling me I needed to call them as soon as possible.

I talked to Reuben first. He told me they had a solution and then he transferred me to Suzanne who then explained to me that they had a modification package ready to send out to me. Ā It arrived the next day and the whole process was completed within two weeks of you getting involved.

Martin, as I told you earlier, if your blog about my situation could only help one or two other families with a similar situation as mine, then my three years of frustration was worth it. Ā I salute you and your readers.

We only live about 30 miles from each other and I would be honored to take you to lunch or dinner and have a cold glass of buttermilk (blended with salt!!) while sharing war stories.

No, Arlie… thank you.