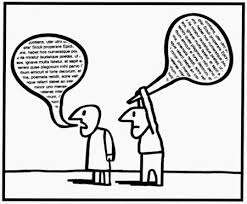 If you’ve followed the rebuttals to Christopher Whalen’s article that appeared on HousingWire last Friday, you know the whole thing started with “Hero” foreclosure defense attorney, Tom Cox, leading the charge against Whalen’s commentary about the Consumer Financial Protection Bureau (“CFPB”) and regulators in general, over-regulating the servicing and presumably lending industries as a result of misperceptions about the cause of the financial crisis.

HousingWire posted Tom’s response to Chris’ piece, Chris responded with another post on HousingWire… then Tom came back with a post on Naked Capitalism, with commentary by Yves, and somewhere in there Georgetown Law professor Adam Levitin responded on Credit Slips too.  Lord only knows where it went from there.

My involvement was limited to a couple of paragraphs I’d written about serviver incentives to foreclose or modify, that Whalen decided he liked enough to include in his original post.  In one of my two paragraphs, I said that the conclusions drawn in a Levitin-Twomey paper, published in late 2009, that explained that servicers made more money foreclosing than modifying was wrong.

Well, the debate has continued online and off, and some seemed almost joyous that Tom Cox appeared to be angry with me for saying so, mostly because I decided to post Tom’s Saturday morning text message to me, which I posted because I thought it was funny… and still do.

Anyway, there’s only so much you can say in print, so CLICK PLAY below, and you’ll hear Tom Cox as my guest on a Mandelman Matters Podcast, going into detail about what he thought Whalen was wrong about, and why, based on the foundation of the Levitin-Twomey paper, he sees servicers as the problem.  I don’t agree… not with the paper’s conclusion, or with the idea that somehow the current situation benefits servicers, because it clearly does not.

But there’s no point writing about it, when you can listen to the debate yourself by clicking PLAY.  And stay tuned, because the next podcast will have Christopher Whalen as my guest, and no one should want to miss that… Chris is brilliant about all things banking, and he’s been almost alone as an industry voice highly critical of the TBTF bank and their bankers.