Home  »  Apparently White House is PLEASED with HAMP and Housing?

Apparently White House is PLEASED with HAMP and Housing? 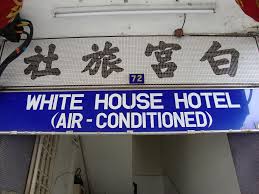 Let the record show that I was just sitting here, minding my own business when I happened to read an article by Trey Garrison, Senior Financial Reporter for HousingWire, who says the White House is PLEASED by HAMP’s progress and its efforts related to housing.

All I could think was… “Maybe it’s a different “White House?”

In other words, I didn’t start this discussion… they did.  And by “they,” I mean those within the White House.  They could have just remained deaf and dumb, as is their usual state, and I wouldn’t have said a word.  But, no.

Just when I thought I was out… they pull me back in.

In a sub-head, Trey quipped, “Grades self on a bit of a curve.”  And that’s a clever line that might have even risen to the level of funny… in 2009 or maybe 2010.  Today, however, there’s nothing funny about the White House being anything but deeply ashamed of what they’ve allowed to continue as related to HAMP and the housing markets.

Here’s what March’s “scorecard” says on page one…

Now that’s some serious Kool Aid.  If that’s the list that someone reads off to the president at meetings, no wonder the White House is pleased.  What’s not to love?

“In addition, Federal Reserve and Treasury Mortgage-Backed Securities purchase programs have helped to keep mortgage interest rates at record lows for more than a year. More detail on the Administration’s efforts can be found in the Appendix.”

So, HUD and Treasury are taking credit for the Fed’s quantitative easing?  That’s like the U.S. Armed Forces bragging about how well the War in the Pacific was going during WWII… because of using the atomic bomb. 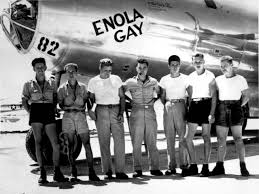 That’s weird, I feel like I’ve read that same paragraph before… somewhere… it’s spooky.  Oh yeah, I remember… it was in last month’s “scorecard” from Treasury and HUD.  I knew it sounded familiar.  Here’s what it said…

Yep, see the only difference between those two paragraphs was the change from “1.9 million homeowner assistance actions,” in February, to “2.0 million,” in March.  Actually, I’ve read that paragraph so many times now, that I can recite it in my sleep.

And it’s weird because reading it over and over again hasn’t made me feel PLEASED at all.  In fact, it’s made me feel more PEEVED, than pleased.  Okay, so continuing from the March scorecard…

“The Administration’s programs continue to encourage improved standards and processes in the industry, with HOPE Now lenders offering families and individuals more than 4.0 million proprietary modiﬁcations through January (data are reported with a 2-month lag). In all, more than 8.2 million mortgage modiﬁcation and other forms of mortgage assistance arrangements were completed between April 2009 and the end of February 2014.”

Sounds familiar again because last month it said the exact same thing, but with 100,000 fewer “mortgage modiﬁcation and other forms of mortgage assistance arrangements.”

“The Administration’s programs continue to encourage improved standards and processes in the industry, with HOPE Now lenders offering families and individuals nearly 4.0 million proprietary modiﬁcations through December (data are reported with a 2-month lag). In all, more than 8.1 million mortgage modiﬁcation and other forms of mortgage assistance arrangements were completed between April 2009 and the end of January 2014.”

And here we go again with the journey into the vague and ambiguous.  Don’t you wonder what kinds of “mortgage assistance arrangements” are included in the 8.1 million?  Yeah, well me too.  Are you feeling pleased yet?  Yeah, well me either.  Moving on…

“The Administration’s recovery efforts continue to help millions of families deal with the worst economic crisis since the Great Depression.  However, there is a need to continue with recovery efforts:

Now, correct me if I’m wrong, but haven’t I written about a hundred articles saying the exact same things about the housing market that the White House just said above?

Haven’t I written frequently and recently about home sales having slowed dramatically and that were it not for the all cash buying by investors the numbers would be horrifying?

Actually, today investor sales are being reported as being responsible for 50 percent of all sales, but the thing is… investor sales have been cut in half since the first of this year… so, the fact that these all cash buyers are still half the market, shows me just how small today’s market really is

In fact, just today Black Knight Financial Services reported mortgage data for February, and it showed that originations were at their lowest point in at least 14 years… and that’s “at least”14 years,” because that’s when they started recording data.   And credit standards are not showing signs of loosening up… only 30 percent of loans are going to borrowers with FICO scores under 720.

And I’m sure I’ve explained at least as much as anyone that in reality, we have the same high percentage of underwater or effectively underwater loans that we’ve had for five years in this country.  That no one sells their home to break even, and that “low inventory” is the evidence that no one can or wants to sell their homes

I also could have sworn that I’ve said that we have roughly the same numbers of delinquent borrowers today that we did in 2009 or 2010… oh, maybe 5-10 percent fewer… give or take… but essentially the same numbers behind on their payments.

And for sure I’ve pointed out that national averages for underwater homes are meaningless drivel.  I believe I even spoke and wrote about the cartoon on my desk that shows a lake with mountains around it and fingers sticking up with bubbles out in the middle.  And the sign at the shoreline that reads: “Average Depth 3 Feet.”  Averages are nonsense, and I’m relieved that the White House knows that too.

I’m actually relieved that the White House knows about the millions of delinquencies, underwater and effectively underwater loans… that sales have been “slowing” since last July, but slowing even more so since the first of the year.  I’m so glad to find out they’re aware of all of these things because I wasn’t sure… but knowing it makes me… what’s the word I’m looking for… pleased as punch?  No, that’s not it.

“The Administration remains committed to its efforts to prevent avoidable foreclosures and stabilize the housing market.”

Well, good then.  Because I think there’s no question that the Administration needs to be committed.