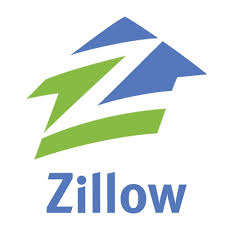 Here’s why I find that so troubling.

In order to be approved for a loan modification, you have to pass what’s called the NPV or Net Present Value test.  It can get kind of complicated, but to keep things simple, the test is supposed to determine whether the investor would come out ahead by modifying a loan, or whether the investor would be better off foreclosing and selling the home at auction or as an REO.

The single biggest factor in whether you pass the NPV test is the value of the home, because obviously the more the home is worth, the more the investor can expect to get by selling it.

Now, determining the value of a home, especially in today’s market, is a long way from being an exact science.  You can’t really know the value of a home with certainty until it sells.  But, the next best thing would be an appraisal, Broker Price Opinion (“BPO”), or Comparative Market Analysis (“CMA”).

An appraisal, which costs several hundred dollars, is a comprehensive evaluation of the property’s value that is performed by an independent professional appraiser, and it’s probably the most accurate estimate you can get. For roughly $100, on the other hand, you can get a BPO or CMA from a local real estate agent, and his or her experience in the business and familiarity with your local area adds to the accuracy.

Zillow is none of those things.  Zillow gives you a Zestimate of your home’s value, and that’s not even a real word, let alone the real value. 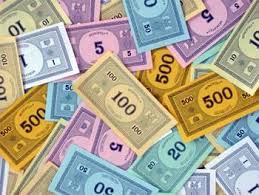 Using a Zestimate to determine a home’s value is almost like trying to make your mortgage payment using Monopoly money.  And yet, homeowners and others involved in loan modifications from around the country have confirmed being told by Chase, Nationstar, SPS, SunTrust and Ocwen, that they are using Zillow to determine the values of homes.

But Zillow also admits that a Zestimate is NOT an appraisal.  Here’s what it says on Zillow’s Website about a Zestimate…

“It is not an appraisal. It is a starting point in determining a home’s value. The Zestimate is calculated from public and user submitted data.”

User submitted data?  Yes, you read that right.  Data submitted by “users.”  I’m a user… can I start submitting data?  The answer is yes… so I just added a bedroom and half a bath… why not? Here’s more from Zillow…

“… we allow homeowners to edit their home facts and then we incorporate this information into our Zestimate calculations.”

Homeowners edit facts about their own homes?  So, they can read about their homes and then edit the facts to make their homes worth more.  What could go wrong?  And besides that, if homeowners can change them to whatever they want, are they still considered “facts?”  Here’s more from Zillow…

The Zestimate’s accuracy depends on location and availability of data in an area. Some counties have deeply detailed information on homes such as number of bedrooms, bathrooms and square footage and others do not.

So, do we get to know which areas have deeply detailed data, and which areas are considered the shallow end of the data pool?  We don’t?  Perfect.  So, how accurate are Zestimates anhyway?  Once again… according to Zillow…

Nationally, the Zestimate has a median error rate of 6.9 percent, which means half of the Zestimates are within 6.2 percent of the selling price, and half are off by more than 6.9 percent.

I don’t know, but if 50 percent of all Zestimates are more than seven percent off, well… I’m thinking that Zestimates shouldn’t be used in the calculations that are used to determine whether I get to keep my home, or loose it to foreclosure, because 50 percent are within seven percent, and 50 percent aren’t.  It’s a 50/50 sort of thing, and I just think that I’d like better odds when my home is on the line. 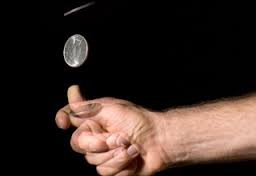 Do you know how mathematicians describe 50/50?  They call it “RANDOM.”  Like flipping a coin.  The outcome is random, as in… it could go either way.  Imagine this headline: In recent coin tossing experiments, more coins preferred heads over tails.  See what I mean?  Random.

Zillow says it also operates the largest real estate and rental advertising networks in the U.S.  They say that they provide “a robust and growing suite of tools and services to help local real estate, mortgage, rental and home improvement professionals better manage and market their businesses.”

Ahhh… now that is interesting, isn’t it?  Zillow makes money by selling advertising.  But, I’d bet it’s not consumers that purchase said advertising, it’s the people that sell homes or rent apartments that want to advertise.  And, I’d have to figure that those folks like seeing higher prices for the homes they sell and the apartments they rent as opposed to lower, wouldn’t you?

Remember, in addition to users being allowed to insert their own “facts” into the formula, Zillow also chooses which comps in the area they want to use in their Zestimates, and no one gets to know which ones they use, or what else goes into the secret Zestinmate formula.  All we do know is that Zillow has plenty of motivation to make things look more positive than negative… it’s not a public service, it’s a for profit corporation selling advertising.

Zillow says that in 2013, roughly 52 million people a month used Zillow mobile.  In 2010, the site itself was getting 12.5 million visitors a month.  And I’d bet that people enjoy seeing their homes being worth more, rather than less, as well.  So, if Zestimates were always lower than people thought they should be I’d have to guess that traffic to the site could be expected to fall… and that would mean less ad revenue, would it not?

And it’s supreme irony that while inflated appraisals were responsible for burying many homeowners in their current homes, Zillow’s inflated values would now be used to get homeowners out of those same houses.