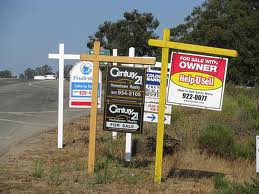 The governmentŌĆÖs plan to increase the number of homeowners unable to make their mortgage payments in order to boost the number of foreclosures is about to start working more effectively, as tens of thousands of HAMP modifications that lowered rates to teaser levels in 2009 and 2010, are about to experience payment shock once again. ┬Ā(Mortgage News Daily also has the story HERE.)

The program, known by the acronym HAMP, which stands for ŌĆ£How About More Problems,ŌĆØ that reduced rates for borrowers to two percent a few years ago, are about to start seeing their rates heading back up to 4 – 5.4% according to a TARP Inspector General Report. ┬ĀTreasury estimates that 30,126 mortgage payments will reset to higher rates starting this year, so with any luck we should see foreclosures rising again soon.

According to TreasuryŌĆÖs report: ŌĆ£ŌĆ” the maximum payment increase could be $1,724 a month in places like California, compared to $789 a month in Arkansas.ŌĆØ 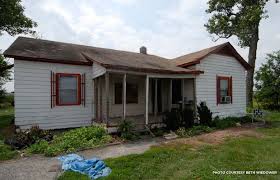 Good LordŌĆ” letŌĆÖs forget about California for a moment, if youŌĆÖre in Arkansas and have $789ŌĆ” how much is that in American money?┬Ā IsnŌĆÖt it the equivalent of like $11,500 in San Francisco, or Boston?┬Ā IŌĆÖm pretty sure you can still buy a late model used car in Arkansas for right around $789.┬Ā In fact, I think $789 in Arkansas sounds like the down payment you need to buy a home in a Hot Springs suburb, assuming you need to put 20 percent down, of course.

And never mind that for a moment, thanks to Obamacare, having to pay an extra $1724 a month on your mortgage is like having to pay two health insurance premiums.┬Ā Some people in California may not be able to swing that sort of monthly payment increase, and make the payment on their┬ĀS-Class Mercedes, and if thatŌĆÖs the case mortgage defaults are sure to skyrocket.

ŌĆ£Those who have been labeling HAMP a failure, have been premature,ŌĆØ a Treasury spokesperson said.┬Ā ŌĆ£They heard about borrowers getting two percent rates and assumed those rates were fixed.┬Ā They forgot how many adjustable rate loans HAMP only replaced with adjustable rate loans. So, as the rates rise, HAMP will finally start to report the sort of outcomes it was designed to produce.ŌĆØ┬Ā

“We will monitor the interest rate resets to ensure that if signs of homeowner distress arise, servicers are ready and able to help by providing loss mitigation options and alternatives to foreclosures.”

“Treasury will maintain its oversight of participating servicers,” the note also said, and I have to admit that does inspire confidence that the HAMP program will be generating foreclosures and causing more problems in larger numbers going forward.