Home  »  Demand for Mortgages Plummets, But It’s Not a Winter Storm, It’s More of an Ice Age

Demand for Mortgages Plummets, But It’s Not a Winter Storm, It’s More of an Ice Age 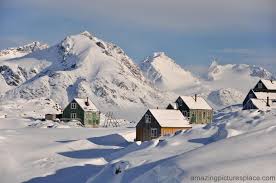 With evidence of a housing market recovery appearing only in the press, the recent news describing the precipitous drop in mortgage originations and diminished prospects for refinancing are already combining to make the outlook for 2014 quite grim.  And a hollow feeling of insecurity is spreading throughout the industry.

We didn’t even make it to the Ides of March, and already the volume of mortgages being originated is at the lowest point in six years… since 2008… and we all remember what a banner year that one was for originating mortgages, right?

Of course, the press-release-based-press is blaming higher interest rates, which I can’t help but think of as being laugh out loud, hysterical.  Look, if four percent interest rates are killing your housing market… well, you don’t have much of a housing market.

Other reports are even goofier when placing blame; my personal favorite is “harsh winters.”  Never mind that it’s in the Western U.S. that sales have fallen the farthest.  And it’s clear that the refinancing boom that’s been going on and off since 2009, with the advent of various federal programs and record low rates, has come to an end.

To juice refinancing again within the confines of current programs, Fed Chair Yellen would have to quantitatively muscle rates down to something close to 2.5 percent, something that is probably just not possible.  There is the possibility of HARP 3.0, I suppose, which could extend HARP refinancing to those with loans owned by Fannie Mae and Freddie Mac, and perhaps do away with the need for appraisals, but whether that will come to pass is anyone’s guess. 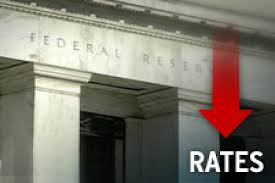 The obvious reason is that, as rates were forced down by the sheer weight of Bernanke’s Federal Reserve, we refinanced every eligible borrower in the country… two or three times, in many cases, and now the only people left to refi are… wait a minute… there are no people left to refi… or not that many, anyway.

But, do you mean to tell me that no one saw this one coming?  The only thing I can think of that would have been more predictable would have been the disappearance of the American Buffalo.

Do you think that surprised anyone back then?  Do you imagine that some poor Native American schmuck, you know… not exactly a Geronimo or even a Kneeling Bull (Sitting’s cousin)… one day mounted his Mustang and rode off to go dancing with buffalo, and after 5-6 hours of riding around, and having yet to see a single buffalo, exclaimed: “WTF?”  I really think not.

Mortgage News Daily is reporting: “Origination volume is the lowest since 2008 with further declines expected.”

Herb Blecher, senior vice president of Black Knight’s Data & Analytics division, was quoted by Mortgage News Daily as saying that loans and lines of credit are running about 90 percent below levels in 2006, and even below the volume of originations in 2010.

Ouch.  Below 2010 is really saying something.  In 2010, you may recall, the housing market fell off a cliff in June, when the home buyer tax credit ended, and Bernanke didn’t start cranking down rates until December of that year.  So, it’s a safe bet that the second half of 2010 did some serious dragging down of that year’s averages.

The home equity line market, which I’ve found to be near non-existent, is now being described as, “concentrated among ‘super prime’ borrowers.”  I honestly didn’t know we still had any “super prime borrowers” left, under 70 years old.  And as to the ominous threat of amortizing HELOCS from 2004, already delinquencies are up 27 percent year-over-year.  (Be sure to act surprised when that number keeps going up.)

The number of first time buyers continues to disappoint, as well.

With the latest census data showing that 36 percent of those 18-30 are still living in their parent’s homes, and with only 43 percent having full-time jobs, it’s not hard to see why.  Student loan debt is another issue raised when discussing the scarcity of first time homebuyers, but the most likely thing holding these buyers back from becoming homeowners is the fact that buying a home today means more money down, and higher incomes and credit scores to qualify.

Inventory levels remain low, which is just another way of saying that homeowners aren’t selling, and that shouldn’t surprise anyone either.  Homeowners remain either underwater, effectively underwater, or otherwise unwilling to move.

To understand the housing market today, it helps to remember that no one sells their home in order to break even… they need to sell at a price that will cover the sales commissions, moving expenses and the down payment on their next home, which today, is often 20 percent.  And then there’s those who won’t move for fear that they won’t qualify for a new loan, which is a reasonable fear, and there’s the aging boomers who don’t want to move at this point, just because. 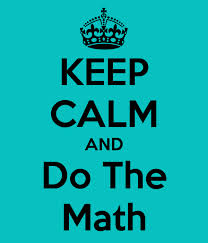 Do the math and it’s easy to conclude that the number of homeowners unable or unwilling to move is high.  If 30 percent are actually underwater, after adding sales commissions, moving expenses, and the need for a 20 percent surplus, you’d have to think the number not moving would be at least double that percentage.  Add the credit fearful and the boomers satisfied with their current surroundings, and it’s not inconceivable that we’ve got 80-90 percent of American homeowners stuck to their current homes with economic superglue.

Those that are listing their homes in today’s environment are likely to be over 70 years old, who have stopped hoping for the price of their homes to recover to pre-crash levels.

Last year, it was investors that saved the housing market’s bacon, with 60 percent of sales coming as a result of their all cash deals by year-end.  But investors have already pulled back to being only a third of today’s sales, and were I a betting man, I’d bet that trend to continue.

Of course, the scarce inventory will continue to distort prices in certain areas.  When there are only three homes available in a desirable area, it shouldn’t surprise anyone to hear that prices rose year-over-year in that area… how could they not?  I mean… if there were only three widgets available in my hometown, I’d imagine that the price of those widgets could get pretty high as well.

It seems to me that in order to save the housing and mortgage industries at this point, with homeowners, first time buyers and investors accounted for, the only thing to do is start working on is a plan to convince more octogenarians to move into new homes at least two more times before they die.  Three times would be ideal, but probably too much to ask.

Okay, so I’m kidding, but not really.  What I mean to say and show is that the fundamentals are what they are… we’ve done nothing to change them, I’m not even sure there’s much we could do to make the situation all that much different than it is. 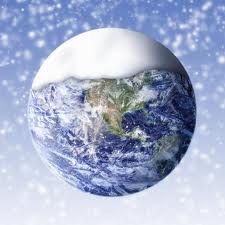 I’ve heard some in the mortgage industry describe this year as a “perfect storm,” and I think some are hunkering down in order to weather it.  But, this isn’t just a winter storm… it’s more like climate change and it’s permanent, for all intents and purposes.

That doesn’t mean that everyone in the mortgage industry is doomed, it means that the environment is changed and the industry will have to change with it.  For a long time, it seems to me, mortgage brokers could simply show up when the loan was ready, fill out some paperwork, have someone deliver the docs, and pick up a hefty paycheck as a result.  Well, those days will be over soon, if they’re not already.

Going forward, brokers will have to deliver more value than they ever did just showing up when the borrower was ready to apply for a loan.

Today, successful brokers will have to devote more time to educating their clients as to how to get ready to qualify well in advance, and broadening their knowledge to encompass all different types of mortgage financing, in order to expand their ability to attract clients beyond the typical homebuyer.

So, there you have it, mortgage people… heal thyself.  For although this may be the winter of your discontent, summer’s not looking all that red hot either.

I HAVE A QUICK ANSWER FOR YOU…

Click this SUBSCRIBE link and SUBSCRIBE to Mandelman Matters.  Then you’ll get an email with each new post, so you’ll never miss the stuff that matters again.  Let’s not kid ourselves, it’s not like you can get anything close to the same thing anywhere else.  (If there were, I would have hung it up years ago.)

And it’s FREE… so what’s the problem?  Don’t worry, your email address is safe with me… unless someone offers me a million dollars for it, and then all bets are off.  Throw caution to the wind and SUBSCRIBE now.  The only thing that can happen is you get smarter and better informed.

You can be subscribed in less than 30 seconds from right now if you click SUBSCRIBE… right… NOW.