Home  »  Weâ€™ve Solved a National Foreclosure Crisis Before, Why Not Now?

Weâ€™ve Solved a National Foreclosure Crisis Before, Why Not Now? 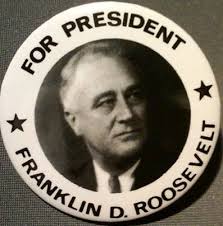 You may not be aware, but in 1933, the Roosevelt administration introduced the Home Owners Loan Corporation (“HOLC”), whose purpose was to buy and refinance distressed mortgages from banks using government bonds that offered federal guarantees on principal, interest and taxes paid by the lenders, in order to modify the loans for borrowers and protect them from foreclosure and repossession.

Yes, you read that right.

President Roosevelt did what he did to address the aftermath of our long since forgotten housing bubble and crash of the late 1920s. Â To give you an idea of the scale of the program, mortgage purchases amounted to 8.4% of 1933â€˛s US GDP.

During the 1920s, Florida was ground zero for the boom and bust. When the real estate bubble collapsed, foreclosures started to rise, homeowner and bank balance sheets weakened and the stock market crash followed. Deteriorating levels of supervision by the banking regulators contributed to the increase in easy finance that fueled the boom, as well.

During those years, most loans were interest-only with 5-year terms. The borrowers would make interest only payments each month, and then repay the principal amount borrowed at the end of the loan by taking out a new loan.Â  Home prices dropped as lenders no longer had appetite for the risk involved in lending and foreclosures started rising fast.

Between 1922-1925, overall mortgage lending increased by 55%. The commercial banks, insurance companies and the savings and loans, grew at 76%, 79% and 62% respectively.Â  The most common types of loans at commercial banks were those with balloon paymentsâ€¦ short-term, non-amortized loans.Â  After the market dropped, foreclosures steadily rose, increasing every year before the shock of the Great Depression. 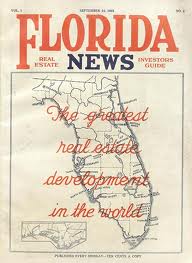 So, numerous academics have identified that collapse in home prices as a key factor leading up to the Great Depression.

Is any of this starting to sound the least bit familiar?Â

To make the loans affordable for borrowers, the HOLC extended the terms of the loans to being 15 year fully amortized mortgages, converted to relatively lower fixed rates of 5 percent when most loans were 6-8 percent… and in roughly 800,000 instances out of 1 million loans, wrote down principal balances to 80% of the appraised value of the homes.

The mortgages were subsequently sold at a profit and the program was brought to an end in 1951, when it became what we know today as the FHA.

The danger created by the real estate crash of 1926, was that the value of household mortgage debt outstripped any increase in tangible wealth, leaving people vulnerable to the second economic shockwave that for many was devastating.

Lord, I sure hope we donâ€™t have one of thoseâ€¦ a second shockwave, that is.Â  But, since no one seems to be doing anything to protect us from such a second wave, would everyone mind please crossing your fingers?Â  Oh, and in case of a second crash, your seat cushion may be used asâ€¦ a toilet.

The IMF Says Household Debt Reduction a Benefit to Economy

The International Monetary Fund (â€śIMFâ€ť), in its 2012 World Economic Outlook, took note of the impact that high levels of household debt have on economic recovery.Â  And specifically, the IMF has said that targeted household debt reduction policies â€“ including mortgage write-downs â€“ can deliver significant economic benefits, including the substantial mitigation of the negative effect of household de-leveraging on economic activity.

The report noted the well-established link between high levels of household debt run up during a housing boom, and the effect of a high debt overhang on economic recovery.Â  A large part of this protracted recession it said is due to households trying to reduce their debt levels,Â which in turn leads to less spending in the economy, driving the recession deeper and further.

â€śBecause debt is acting as a brake on economic growth, it is important to unstick the brake,â€ť said the reportâ€™s author Daniel Leigh.

The IMF also noted that government support for household debt restructuring programs has always been contentious.Â  â€śThe friction caused by such redistribution may be one reason why such policies have rarely been used in the past, except when the magnitude of the problem was substantial and the ensuing social and political pressures considerableâ€ť,â€™ it stated.

It cited another study, which found that political systems tend to become more polarized in the wake of financial crises, and raised the question of collective action problems â€“ like the last mover advantage.

The IMF said â€śa key feature of the HOLC was the effective transfer of funds to credit constrained households with distressed balance sheets and a high marginal propensity to consume, which mitigated the negative effects on aggregate demandâ€ť caused by the recession and need for household de-leveraging.

Weâ€™ve solved this same sort of foreclosure crisis beforeâ€¦ okay, so it was 70 â€“ 80 years ago, but so what?Â Â  Weâ€™ve got the knowledge, we know it worked back then and even the IMF is saying quite clearly that itâ€™s the right thing to do.