GUEST POST: Mortgages, now in the hands of specialty servicers, means trouble for homeowners and investors. 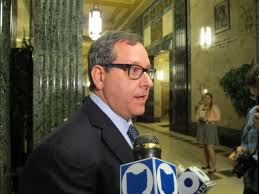 By Marc Dann, Attorney at Law

Homeowners and investors in mortgage backed securities and mortgage servicing companies need to be wary of a new development in the mortgage meltdown that has now plagued this nation for nearly six years.  This new development comes in the wake of the 2007 mortgage crisis and has perpetuated risk and uncertainty for the housing market as a whole, including homeowners facing foreclosure, investors, banks, and servicers.

During the past 12 months, the rights to service millions of home loans have been shifted from large banks like Bank of America, Wells Fargo, Citigroup and Chase to specialty loan servicers like Ocwen Home Loan Servicing, Nationstar and SPS.  The shift creates great risk and uncertainty for homeowners facing foreclosure, the housing market in general and for investors in mortgage backed securities and mortgage servicing companies.

This shift has great consequences for homeowners facing foreclosure, and for those who have invested in mortgage-backed securities, including U.S. taxpayers who hold the majority ownership in the two largest investment vehicles – Freddie Mac and Fannie Mae.  This shift is already shaping up to undermine the unlikely mutual interest that exists between homeowners facing foreclosure and investors in bonds and other investment vehicles backed by their mortgage payments.

Modifications benefit the at-risk homeowner because he or she stays in his or her home. They benefit the investor in bonds and other investment vehicles backed by mortgage payments because the modified loan holds a much higher value than the same property liquidated through foreclosure. Therefore, with a well-reasoned modification of a home loan both the homeowner and the investor both win.

Unfortunately, because of the perverse system of compensation and incentives created during the housing boom, most loan servicers, like Ocwen and Nationstar do not have the same incentive to make sure loans are properly modified. To understand why, it is important to understand how the loan servicing relationship was initiated in most cases.

During the housing and refinancing boom that preceded the crash, there was huge demand on Wall Street for loans that could be quickly packaged and resold to investors. Aggressive mortgage originators like Countrywide Home Loans, ABM Ambro and Washington Mutual, as well as the big banks themselves had tremendous leverage with the investment banks that were packaging the pools of mortgages into bonds.

In almost all cases, the originating lender retained the right to service the loan sold to investors and virtually complete control over the collection and right to modify or liquidate those loans.  Many of the servicing agreements allowed for enhanced fees to servicers when loans were in default. Most servicing agreements allowed servicers to charge homeowners and mark up fees for ancillary services like inspections, appraisals, forced place insurance premiums, title work and legal fees.

Also, because most servicing agreements require that the servicing fees and any advanced costs be re-paid first out of a liquidation’s proceeds, the servicers have the financial incentive to keep loans in default as long as possible and are at least somewhat ambivalent as to whether the loans are modified or liquidated.

This puts the servicers’ financial incentives in direct conflict with the interest of homeowners and investors. Compounding the problem is the fact that unlike many of their big bank predecessors, these specialty servicers do not originate new loans or have other business relationships with homeowners like checking accounts or credit cards. Thus, specialty servicers have much less fear of damage to their reputations or offending future borrowers or investors.

When the bottom fell out of the housing market in 2008, the default rate for home loans dramatically increased from a high of 2% to well over 20%.  More than 20% of home mortgages in the United States remain either underwater (the home value is less than the amount owed) or in default, and that’s a national average… in many metro areas, the percentage of underwater loans is closer to 50 percent and higher.

Immediately following the housing crisis, five large banks were responsible for servicing the vast majority of those loans and the result was complete chaos, and in the midst of the chaos a great deal of the work was outsourced to vendors like the criminally convicted Lender Processing Services and foreclosure mill lawyers who were caught forging documents and presenting false evidence in court. The servicers responded by staffing the servicing of the defaulted loans with poorly trained and paid workers.

A concerted action by the State Attorneys General and the U.S. Justice Department, the Federal Housing Finance Agency and the Office of the Controller of the Currency to threaten action against the Big 5 Bank Servicers resulted in the National Mortgage Settlement, and its extensive consent orders, requiring loan servicers to improve the speed, efficiency and honesty of the loan modification process.

Servicers were required to establish a single point of contact for homeowners, required to stop foreclosure actions if a loan modification was being sought and considered, and to increase staffing levels to make sure that loan modification applications were processed quickly and effectively.

Just as the terms of the settlement were being fully implemented by the signatories to the National Mortgage Settlement, the servicers began the massive sell off of mortgage servicing rights to the specialty servicers and sub-servicers.

To paraphrase the immortal Yogi Berra, it is déjà vu all over again for homeowners in default and investors who own mortgage backed securities as the new mortgage servicers have taken on far more work than they have the capacity to process, and as a result, homeowners are once again facing massive challenges in being able to consistently reach anyone at their loan servicers.

Trial modification plans initiated by the original servicer are too often disregarded by the acquiring servicers, forcing homeowners to start all over again with the submission of paperwork like tax returns and paystubs, which are still frequently being lost by these servicers.  Homeowners are once again complaining of being connected to badly trained, overwhelmed call center personnel who say they have no authority to do anything.

The New York Times detailed the problem in a front-page story showing that the approval rate for loan modifications processed by Ocwen and Nationstar is literally half the rate for industry leader Bank of America. Benjamin Lawsky, the superintendent of New York’s Department of Financial Services halted a $2.7 billion acquisition of additional servicing rights by Ocwen. This is no accident.  All the financial incentives for the specialty servicers are to cut costs and hold homeowners in default as long as possible, breaching their fiduciary duty to investors and promises made by the government and previous servicers to homeowners.

New regulations issued under the Dodd-Frank Act by the Federal Consumer Finance Protection Bureau on January 10th of this year establish some of the standards espoused in the National Mortgage Settlement.

Ocwen, Nationstar and others are required under these regulations to cease foreclosure activity when a loan modification is being considered and to establish a single point of contact for a homeowner in distress.  Unfortunately, it has been my experience representing homeowners in Ohio, Illinois and Oregon that these servicers have simply ignored the new regulations so far.

The Dodd-Frank regulations establish a private right of action so, unfortunately, it may take another set of lawsuits by consumers and enforcement actions to bring these servicers into compliance.

This litigation and regulatory risk should make those considering investing in specialty loan servicers or bonds backed by mortgage servicing revenue, such as those offered by Ocwen recently, think twice about such investments.  There is enormous pressure on Director Richard Cordray of the Consumer Finance Protection Bureau (CFPB) to move swiftly and aggressively to enforce compliance with their reasonable and sensible regulations in order to protect homeowners.

In a speech to the Mortgage Bankers Association on February 18, 2014, the Director of Enforcement  for the CFPB promised exactly such vigorous enforcement by saying, “…Its about recognizing that your must treat Americans who are struggling to pay their mortgages fairly before exercising your right to foreclose.”

But, if history is our guide, aggressive enforcement is easier said than done.

It took five years from the initiation of the Attorney General’s Mortgage Task Force until the National Mortgage Settlement. Even with aggressive efforts from the CFPB and consumers pursing the new private right of action, too many more Americans will lose their home and their investment before a wide-reaching remedy can be achieved.

Marc Dann is the Founding Partner of The Dann Law Firm, which specializes in foreclosure and consumer protections.

Marc is a former Ohio Attorney General who joined with other State Attorneys General in 2007 to form the Mortgage Industry Multi-State Investigation, and he has been instrumental in fighting unlawful foreclosures by successfully representing the interests of his clients in several landmark cases including Bank of America v. Kuchta which is currently pending in the Ohio Supreme Court.

Marc Dann is also the Mandelman Matters Trusted Attorney in Ohio. You can reach him via email at: mdann@dannlaw.com.  Or by calling 877-475-8100.