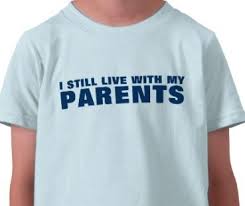 There is some good news about today’s housing recovery, as far as I’m concerned… chances are my daughter will be moving back home after college and living with us for years after that.  So, yay!  I’m not kidding… we miss having her around, and since I can’t turn back the clock… well, this news is the next best thing.

Recently released surveys from both Gallup and Pew Research Center showed that as many as 36 percent of Americans 18 to 31 years old are still living with their parents… the highest level ever recorded.   And Time Magazine says we’ve got 25 million adults kids still living with mom and dad.

And American families with a head of household under age of 30 have a shockingly high poverty rate of 37 percent! 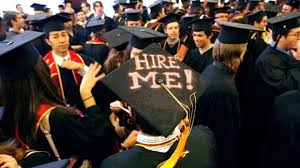 I only mention any of this because lately I’ve noticed several articles that we asking about why first time buyers were not materializing as they used to, which would help fuel the supposed ongoing recovery in the housing markets.

You’ve heard about the housing recovery, right?  How could you not?  On any given day these days, you can find the good news about housing markets in this country all over the media… prices are recovering, or so the story goes.

The only problem with the “news” is that as of January 30th of this year, sales of existing U.S. homes plunged to the worst pace in 18 months.

Essentially, in January, we had the exact number of same number of mortgage purchase applications as we did in 1992.  The difference between today and 1992, however, is that the U.S. population has added 54 MILLION PEOPLE since 1992… and I’m no expert, but I would think that with 54 million more people hanging around, a few more homes would be selling.

Some are blaming the drop in sales on higher interest rates, but while it’s true that interest rates did go up by about 1.25 percentage points between May and September, peaking at 4.6 percent, the average rate on a 30-year mortgage rose to 4.33 percent as of mid-February, up from 4.28 percent the previous week.  And that’s just not that high.

My first mortgage was at 12 percent and when I refinanced years later at 8 percent… I was thrilled.  My parents had a mortgage with a 4.25 percent interest rate… but they got it in 1964… so it’s hard to imagine that rates of 4.3 percent are the true problem here.

Others blame higher prices for the market’s downturn, but prices just haven’t changed all that much.  It’s true that last year, some areas saw home prices increase by double digits, but a price that was cut in half since 2006, and that goes up by 10 percent, is still a depressed price.  And with prices now falling month over month, along with the number of sales… well, the “higher prices” argument just doesn’t hold water.

I do understand that homes are more expensive today than they were during the bubble… not in terms of their actual price of course, but in terms of how much someone has to come up with as a down payment, qualify for income-wise, and there aren’t any more 0% teaser rates around either.  And since all of that is certainly increasing the odds that our daughter will be with us for years to come, I couldn’t be happier that loans have gotten so costly and difficult to get. 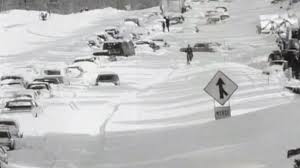 My favorite explanation for the drop as of January’s month end is that it was the weather.

With all of that being said, roughly 33 percent of sales are still coming from investors, which is down by half compared with investor sales in 2013, but still three times higher than the historical average for investor sales.  If investors start to pull back further, a virtual certainty with home prices clearly in decline, we’re destined to see prices fall even further. 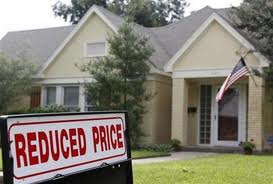 The bottom-line is that according to a recent study by Goldman Sachs, in 2005-06, we had about $1.5 trillion in residential real estate sales, and in each of the last two years, we’ve been lucky to clear one-third that amount.

So, if you add it all up, there’s only one way that U.S. housing markets are recovering… Magical thinking!

Investor demand can only be expected to continue its pull back, and based on the preceding statistics about this country’s younger generation, first time buyers cannot be expected to make up for much of anything.  and without increasing demand, home prices simply cannot rise.

Anyone who says otherwise… is selling you something.