Testimony to Martin Andelman from Homeowner with Bank of America Loan 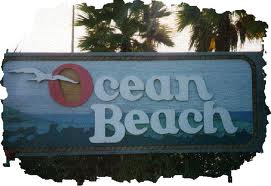 I was introduced to Martin more than a year ago. MartinŌĆÖs been well known for many accomplishments, he wears many hats and has a vast knowledge of the facts surrounding the banksŌĆÖ role in the economic collapse. ┬ĀHe’s also someone who can pick up the phone and talk to a Bank of America executive any time.

MartinŌĆÖs podcast interview with homeowner advocate Attorney Matt Weidner is what clinched it for me. ┬ĀI had been following Attorney Weidner in Florida and I knew he was in the front lines of the homeownersŌĆÖ battle against the banks. ┬ĀMr.Weidner spoke with Martin about the current housing situation and Martin asked the question I had been asking myselfŌĆ””where do I go next with my fight to save my home.” ┬ĀAttorney Weidner said the best path to take was a loan modification.

I was at the turning point. My home was on the auction block again and I was running out of timeŌĆ” postponement of the auction sale date was no longer an option.

Martin was so busy that he was not able to respond to every call. ┬ĀBut now with MartinŌĆÖs influence and connections, I was once again seated on the loan mod train… a place I had been before and wasn’t sure I wanted to be again.

Not only was I able to get a modification but Bank of America completely wiped out the accrued arrears, penalties and fees charged to my loan over the years. My loan was now at market value again, my home no longer underwater where it had been for years.

Now when my home appreciates, the profits go in my pocket and not the bankŌĆÖs.

MartinŌĆÖs blog is the place to go for the hard cold facts surrounding the housing crisis. ┬ĀHe does not sugar coat reality, which sometimes make his articles hard to swallow. Even so, his blog is a vast well of information providing honest, well researched facts from reliable sources.

The internet is crawling with garbage sites and phony bloggers posing as homeowner advocatesŌĆ”. trying to make a buck. MartinŌĆÖs blog, on the other hand, stands out as the leading source of well researched, dependable facts. I relied on those facts to help me through one of the most difficult times of my life.

The struggle seems endless for many, but I’m proof that there can be a light at the end of the tunnel.

Thank you for fighting for me, Martin.

It was my pleasure, Jackie. ┬ĀI enjoyed our talks because I knew you truly wanted to learn. ┬Ā

If I can ever be of assistance in the future, don’t hesitate to call.