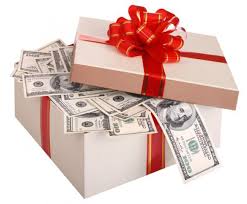 There seems to be some uncertainty surrounding whether Congress will again extend the Mortgage Forgiveness Debt Relief Act (H.R. 3648), as it did last year when it extended the Act until the end of this calendar year.  Some are starting to worry about what is likely to happen if they let the Act’s tax relief provisions related to foreclosure avoidance expire.

I’m going to go out on a limb here and say, “Shhhh… stop bringing it up, that’s what Congress is getting us for Christmas this year, and it’s supposed to be a surprise.”

I simply don’t think there’s any real chance they won’t extend the Act for at least another year for exactly the same reasons they extended it last year.

President Obama released his budget proposal for this calendar year on February 13th, 2012.  His proposal called for the Mortgage Forgiveness Debt Relief Act to be extended and here’s how he explained the reasons why…

”Although there have been improvement in the residential real estate market, there is still an elevated number of cases in which homeowners may have discharge of indebtedness income with respect to their home mortgage loans. And since the ways to avoid foreclosure often involve some forgiveness of debt, it was necessary for the expiration of this Act to be extended.” 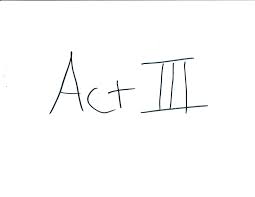 H.R.3648 Mortgage Forgiveness Debt Relief Act was signed into law in December of 2007, with the goal of relieving homeowners from the taxes on debt that was forgiven in a loan modification, short sale, foreclosure, Deed in Lieu or refinance.

Originally, it was to expire at the end of 2012, but that was when we were so optimistic about the duration of the housing market’s malaise.  And so last year, without hesitation or histrionics, it was extended through the end of this calendar year.

Being a tax issue, you would be well advised to consult with a CPA or tax accountant before making any decisions… the question of whether you would, will or won’t have a tax liability depends on things like the state in which you’re living, the specific type of debt, whether it’s your primary residence or a rental, even what you used the money for, as in for a vacation or the addition of a sun room.

But, all you really need to know for the purposes of considering whether Congress will again extend the tax relief provisions as they did last year, is that not extending would mean many more foreclosures and something close to the end of short sales, and even principal reductions.

Extending the 2007 Mortgage Relief Act is what made possible all of the alternatives to foreclosure used over the last six years.  Who wants a principal reduction of $200,000 knowing that you’ll have to go insolvent to avoid owing $60,000 in Federal Income Taxes at the end of the year?  And no borrowers will ever refinance if it results in such tax consequences.

All told, allowing the Act to expire will contribute to more foreclosures that a stated income, Option ARM, with a zero percent teaser rate, a three-year pre-payment penalty, negative amortization and a five-year balloon.  Without the certainty of the Mortgage Relief Act almost every principal reduction, short sale or refinance candidate who is struggling to pay a mortgage, will simply throw in the towel and say, “Take the house, you win.”

Other supporting factors in favor of extension…

Last year, the Federal Housing Finance Agency (FHFA), announced that it would be directing Fannie Mae and Freddie Mac to improve their facilitation of short sales, deeds-in-lieu and deeds-for-lease with the goal of helping more homeowners avoid foreclosure.  All that and then some would certainly still be considered sorely needed, wouldn’t everyone agree?

In addition, a few months ago, the Senate Finance Committee, as part of a broader tax package, passed a one-year extension of the Mortgage Relief Act.  So, don’t we think the House is now going to do the same?  Why not?

And the bottom-line is that Congress does know all of this… it’s almost 2014, after all, and our elected officials may not know what to do about it, but they do all know there’s an ongoing problem at this point.

In other words, even those in Congress aren’t dumb enough to let the Mortgage Forgiveness Debt Relief Act expire.

They may not know enough about the foreclosure crisis, but they know that if they let the Act expire now it’s a sure thing that their constituents will call… short sales will die… foreclosures will spike… and they’re gonna’ have some ‘splainin’ to do.

Not only that, but Realtors would come entirely unglued.  I mean, forget about next year, most of the people who want or need to sell sometime in the next five years are at least somewhat likely to need to sell via a short sale. 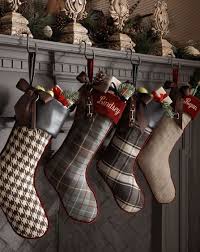 A present for the Christmas economy…

Last year, Congress extended the Mortgage Debt Forgiveness Act through December 31, 2013, without giving it a second thought, really.  Everyone knew it had to be done and so it was.

Why would this year be any different?  If we had an office pool, my money would be on an announcement of the extension the week before Christmas, just as our elected representatives are heading home for the holidays to begin the priming and prepping that signals the start of the campaign year leading up to next Fall’s mid-term elections.

That way, when their attending a holiday fund raiser in their district, there will be fewer people outside waiting to lob rotten tomatoes at them as they walk to their limousines.  They’ll fly off from Washington D.C. secure in the knowledge that they have once again done what the American people needed by extending the all-important tax relief associated with the forgiveness of mortgage debt.  All hail the conquering heroes returning to their adoring fans in their respective hometowns.

Of course, it would be far better were they instead, to actually have developed a plan to stop foreclosures and the need for short sales in the first place, but obviously that’s asking way too much.  That’s not just asking for peace in the Middle East, that’s like asking Netanyahu’s niece to marry Ahmadinejad’s nephew.

But, extending the Mortgage Debt Forgiveness Act is a no brainer even for our guys in Congress… it’s an easy aren’t-I-great sound bite or a see-how-much-I-care photo op.  Even our guys won’t screw this one up.

And if they announce it right before the holidays, the news might even stimulate a little last minute holiday shopping, which never hurts those all-important fourth quarter sales forecasts. And some say our politicians are out of touch with what’s truly important.

Isn’t Christmastime in this country grand?

In truth, it makes me feel the same way I do about chemotherapy or AZT… I’m grateful for the cure, but I’d much prefer not to have the disease.

P.S.  For more information on the how mortgage debt forgiveness is treated under the Internal Revenue Code, click here for the page of IRS site that addresses the topic:  The Mortgage Forgiveness Debt Relief Act and Debt Cancellation.