In Glaski the California Court of Appeal held that Mr. Glaski would be permitted to challenge a securitized trust’s chain of ownership by alleging that the transfer of the deed of trust to the securitized trust was too late… that is to say it occurred after the trust’s closing date… assuming it was a New York trust, I think, which it wasn’t in the Glaski case.

It was all very confusing, but widely viewed as very good news for borrowers, nonetheless, if for no other reason than it represented some movement in an otherwise intractable California judicial system as related to foreclosure defense.

In Gomes, the California Court of Appeal basically ruled that the state’s non-judicial foreclosure statutes don’t provide for any sort of judicial action in order to ascertain whether the foreclosing party is authorized to foreclose.

Now, I’ll say it again just to make sure everyone hears it… I’m not a lawyer… but to me that sounds like some sort of oversight.  The sort of thing that if pointed out in court or to anyone in the state legislature, would be met with a quizzical look, followed by, “No, that can’t be right… are you sure about that?” 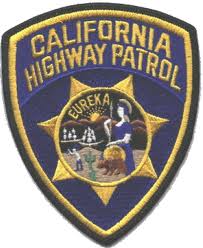 In California you need to be able to prove you’re a licensed driver in order to drive a car, you also need to produce your vehicle’s registration and even proof of adequate insurance coverage… but to foreclose on someone’s property there’s no identification required.

We’re not allowed to have “stated income loans,” because they were called “liar loans.”   But banks are allowed “stated ownership foreclosures?”  No wonder so-called “robo-signing” isn’t seen as any sort of major problem… who cares who signed what, if there’s not even a part of the foreclosure process that ascertains whether you’re allowed to foreclose in the first place.

It seems pretty clear to me… homeowners are forgiven nothing,  banks everything.

In Jenkins, the contradiction seemed even more stark, with the California Court of Appeal ruling that borrowers lack standing to challenge the validity of an assignment that allegedly fails to comply with the provisions in a securitized trust’s pooling and servicing agreement, because the borrower is neither a party nor a third party beneficiary to that agreement.  From the court documents…

“As an unrelated third party to the alleged securitization, and any other subsequent transfers of the beneficial interest under the promissory note, plaintiff lacks standing to enforce any agreements, including the investment trust’s pooling and servicing agreement, relating to such transactions.”

But in the Glaski decision the California Court of Appeal held that Mr. Glaski was permitted to allege that the transfer of the deed of trust… to the securitized trust occurred after the trust’s closing date, which is found in the securitized trust’s pooling and servicing agreement… even though the courts have ruled that Mr. Glaski is neither a party nor a third party beneficiary to that agreement.

Again, not being a lawyer… and more thankful every day to have dodged that bullet by the way… the Glaski decision made sense to me because if there’s a cut-off date beyond which the trust is prohibited from accepting new loans, and the loan in question was assigned to that trust after that date, then it stands to reason that the trust could not own the loan it claimed to own in the case of Mr. Glaski.

I’m not saying I know what should happen next or as a result, but it’s seems like the sort of thing that should be fixed before just picking some entity out of a hat to foreclose.  Just fix it, damn it… or make some other kind of deal with Mr. Glaski, but it doesn’t sound at all right that the solution would be to just pretend it didn’t happen.  If that’s the solution, then you really don’t need a 500-page pooling and servicing agreement, let alone a “cut-off date” provision inside. 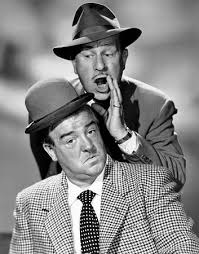 So, since the Glaski decision created such a flagrant conflict in California’s intermediate appellate courts, what’s the law in California related to a borrower’s ability to challenge anything related to the securitization process now?

I don’t understand… Mr. Glaski can challenge the late transfer of his loan into the securitized trust, but then who can foreclose?

Now you’re getting it.

Getting what?  Who can foreclose?

Right… what’s the law and who can foreclose… I don’t understand lacks standing.

So, the first time Mr. Glaski wasn’t allowed to challenge the late transfer.  The second time he was, so now what?

I mean what comes after the second?

Nothing, there’s no third party.

And what’s the law?

But, I don’t understand….

So, why is this so confusing?

No one knows why.

The name if the case is Diunugala v. JP Morgan Chase Bank, N.A. Case No. 12-cv-02106-WQH-NLS (October 3, 2013), and the United States District Court for the Southern District of California recently declared that the thinking in Jenkins and Gomes was more persuasive than Glaski.

It’s significant because it’s the first case to expressly reject the California Court of Appeal’s reasoning in Glaski and deem Glaski unpersuasive that has come from a California court.

In Diunugala, the Court said that past cases were correct to find that since borrowers were not parties to assignments they therefore lacked standing to challenge the validity of those assignments.

The Court also said that even if Glaski was correctly decided, a plaintiff can’t bring a claim based on an allegedly ineffective assignment of a deed of trust unless the claim is accompanied by fact-based allegations that demonstrate that the deed of trust was not assigned in any way, or when alleging resulting prejudice to the borrower.

As a result, the cancellation of instruments claim based upon the assignment of a deed of trust to a securitized trust that allegedly happened beyond the closing date of the trust was dismissed.

It’s not a matter of the Diunugala case being considered “binding authority,” because it’s not.  But the question is, will other California courts consider the case persuasive… and tend to follow the more established case law.  If that’s what happens, then California will remain a state where borrowers lack standing to challenge an allegedly invalid assignment of a deed trust.

I suppose to some degree it could depend on how the scoreboard develops.  If we end up with more like Diunugala, that will likely spell trouble for Glaski-like thinking by the courts, but if on the other hand, we see more decisions line up with Glaski, things could lean the other way.

Or, I don’t know… maybe not.  Maybe it’ll all get decided by the state supreme court and it’ll just be one way or the other.

One thing is for sure, though, I’d hold off before closing off the streets for this year’s Glaski Parade, because clearly, the proverbial jury has not come in with anything final just yet, so modeling your own case after Glaski isn’t anywhere near a sure thing… published or not.