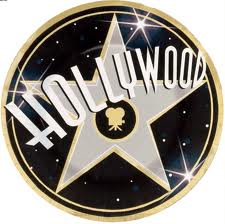 If youâ€™re not Jewish, you probably donâ€™t realize that Hollywood makes its movies in Jewish versions in addition to the versions they show in the theaters which are Rated G… for â€śGoyim.â€ťÂ  Itâ€™s true.Â  Okay, so Iâ€™m just being silly, but a lot of people do actually think that Jews control Hollywood, but if were true… how do explain Mel Gibson and Charlie Sheen?

Okay, so Iâ€™m kidding… what really happened here was that a couple of weeks ago stand-up comedian Elayne Boosler recently asked her friends on Facebook, in celebration of the Jewish New Year, to come up with their favorite Jewish movie titles.

And, everyone that knows me knows how much I love a fun word game, right?Â  Of course, right.

So, here they are, the TOP JEWISH MOTION PICTURES OF ALL TIME.Â  I posted them on Facebook earlier and they were so well received, that I thought Iâ€™d share them with everyone else too.Â

Battle of the Bris

Borscht on the 4th of July

The Sounds of Money

A Mensch for all Seasons

A Nudnik on Elm Street

Shtup in the Afternoon

She Wore a Yellow Schmatta

Schvitzing through the Pain

A Fagele in the Crowd

Bagel and the Priest

The King of Kibitzing

A Kvetch of Their Own

The Greatest Schnoz on Earth

The Noodge Who Came to Dinner

A Tan in All Seasons

Boychik in the Hood

It Takes a Ganef

A Nebbish to Remember

Rebbe Without a Pause

A Slight Case of Mishegass

Blintz of the City

Married to the Mohel

His Fee Grew in Brooklyn

This Is Spinal Pain

To Have and Have More

The Man Who Loved Matzo