And wonders of wonders… miracles of miracles… soon we were witnessing the inexplicable recovery of our previously decimated and hopelessly underwater housing markets from coast-to-coast.  Throughout this past year, stories of streets being paved with the gold of home equity and sprawling rental empires were being passed along from Realtor to mortgage broker throughout our apparent Land of Opportunity… the worst was finally over… everyone said so… even on T.V. so it simply had to be true.

Not only that, but my wife told me that she heard that our neighbor down the street has a friend whose cousin just met someone at a company picnic whose parents just sold their home in a really upscale area up north somewhere… no… maybe it was back east or in the midwest, she wasn’t sure… and after only two days on the market, they got four offers at their asking price.

I asked her if she knew what their asking price was… she didn’t.  I asked her if the buyer or back-up offers had qualified for their loans?  She wasn’t sure.  “Did they own their home free and clear?” I wanted to know… she hadn’t thought to ask.  All she knew was that they had tried to sell a few years ago but finally gave up and pulled it off the market.

“Well,” I had said at the time, “that certainly settles it for me.  Happy days are obviously  here again.”

But, according to the Wall Street Journal on August 15, 2013… an analysis conducted by economists at Goldman Sachs showed that more than half of all homes sold in in 2012 and 2013 were purchased for all cash… as in without a mortgage.  The Goldman analysis estimated that only 44 cents of every $1 of homes sold currently is being financed.

The Goldman study used figures from the Census Bureau and the National Association of Realtors to analyze  home sales, and the Mortgage Bankers Association and Lender Processing Services provided the data on mortgage-originations.
The study also stated that, “purchase-mortgage origination volumes have fallen from around $1.5 trillion in 2005, when the housing market peaked, to around $500 billion in each of the last two years.”

Wow.  From $1.5 trillion to $0.5 trillion?  Gosh, I don’t have a calculator with me, but offhand I’d say that’s quite a drop… like, correct me if I’m wrong, but on an annual basis, isn’t that showing a U.S. housing market today that’s only about one third of the size that it was back in 2005… which is like 8 YEARS AGO?

Considering that our working age population increases by about three million people a year, as I recall… that means we’ve got something in the neighborhood of 24 million more potential homebuyers than we did back in 2005, but even so we’ve got a housing market boasting only ONE-THIRD the volume we did when we had 24 million fewer buyers? 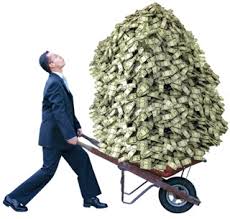 And something like 60 percent of that volume has been ALL CASH SALES?  In fact, according to Goldman economists Hui Shan, Marty Young and Charlie Himmelberg, over the past seven years, the share of all-cash home sales has “more than doubled.”  Yeah, I’d say that’s a safe bet… and maybe A LOT MORE than doubled, at that.

The economists at Goldman were stumped, however, when it came to identifying who is responsible for all of these cash purchases, saying that “there’s no exact way to know.”

The Goldman study also noted that since the housing bubble popped, “mortgage lending standards have sharply tightened up,” which I thought was insightful of them, adding that banks are now “scrutinizing borrowers’ tax returns and bank statements to verify their incomes and the source of their down payment.”

Well, that certainly does explain quite a bit about what’s been going on in this country since the summer of 2007… and I for one appreciate them clearing that up for folks at Goldman and their clients.

On August 23, 2013, the Census Bureau reported that in July 2013, “new residential sales” dropped like a hot rock, falling by 13.4%.  And in addition, the June numbers were lowered from a previously reported 497,000 to 455,000, which is about a 10 percent downward revision of a single month’s sales, and I wouldn’t be the least bit surprised to see the number revised down again sometime soon.

About July’s decline in new home sales, Bloomberg said, “Last month’s decline was the biggest since May 2010,” which as I recall was the last time our housing markets fell off a cliff as some other stimulus program came to what should have been an expected end, nonetheless “surprising” absolutely everyone.

But, Bloomberg quickly pointed out that the bad news about new home sales taking such a tumble, was offset by data showing that, “purchases of previously owned homes jumped in July to the second-highest level in more than six years.”
And, isn’t that exciting?  Everyone should be Just Joyous over the July Jump… especially since it was a July Jump to the second highest level seen in more than six years, right?  Greg Anderson, head of global foreign exchange strategy at Bank of Montreal certainly was.  He said…

“New-home sales data was weak, but the existing-home sales was very good — there’s nothing that changes the FOMC general picture that the housing market continues to recover.”

I mean, what else could possibly explain such a jump in July, when you consider that same months depressing drop in new home sales?  Oh wait… I think Mish Shedlock may have found something… 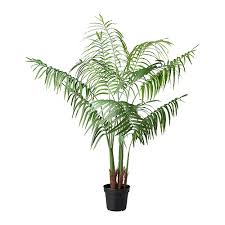 According to Mish… The surge in existing sales reflects contracts written months ago and possibly contracts rushed to closing to beat rate increases. Thus, we need to wait a month minimum to see what effect rising rates had on existing sales.  The plunge in July new home sales coupled with June revisions lower perfectly coincides with rising rates and “Mortgage Applications Decline 13th Time in 15 Weeks”.

Is anyone still paying attention, or have  I lost you?

Maybe I should start again with the first sentence at the top of this article, which read…

So… wonders of wonders… miracles of miracles… soon we were witnessing the inexplicable recovery of our previously decimated and hopelessly underwater housing markets from coast-to-coast.  Throughout this past year, stories of streets being paved with the gold of home equity and sprawling rental empires were being passed along from Realtor to mortgage broker throughout our apparent Land of Opportunity… the worst was finally over… everyone said so… even on T.V. so it simply had to be true.

Remember where we were?  We were just about to talk about all the reasons that our housing recovery mirage has finally ended… again.  But, get ready for the stunned looks and feigned surprise of unnamed economists everywhere as process resume their downward spiral, which should remind Mandelman Matters readers that, “Nothing goes down in a straight line,” or any of the other articles in a similar vein I’ve written over the last four years.

Stimulus, we should by now, remember… doesn’t FIX anything.  It doesn’t change the fundamentals of our broken credit markets… or our giant underwater population… or our long term unemployed and growing underemployed population whose only shot at jobs are those paying minimum wage and offering no health benefits… or our dearth of first time buyers, who are now saddled with student loan debt, but also are smarter about bubbles and bull shirt than were their parents.

I feel like I’m missing something… what is it… oh yeah… the foreclosure crisis.  Last I checked we haven’t done a whole heck of a lot about that persnickety little peccadillo, right?  Nope, not a dam thing has changed on the foreclosure front… we seem to enjoy running in place in that regard. 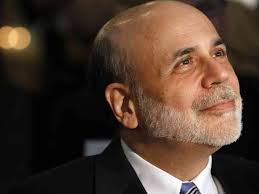 Variations on a Theme…

All stimulus has one thing in common though… it all must end eventually.  As in QE-to-Infinity isn’t really going to make it to infinity… and eventually, like maybe before Yom Kippur, may “taper,” as the bond market sees mortgage rates leap into action after being sedated by the bald man with the beard’s monthly liquidity lullaby for over two years now.

By the way… what’s happened to the 30-year mortgage interest rate this week… I can’t recall?  Oh, yes I can… according to USA Today, “Average 30-Year Mortgage jumps to 4.58%.”

Wow.  Doesn’t it seem like only recently 30-year mortgage rates were at least a point below today’s rate?  Well, if it does seem that way to you, that’s only because they were, silly.  As of last April, they were still near record lows of around 3.56%.

When the stimulus ends, things just start falling once again, in line with the problematic fundamentals we remain entirely unwilling to recognize and therefore unable to address.  Oh well… at least we don’t have to worry about the Consumer Financial Protection Bureau trying to limit the back-end DTI on qualified mortgages, or anything like that… or wait a minute… yes we do, as a matter of fact.

But, let’s not tell the Realtors or the people in Phoenix about all this just yet, okay… they get so emotional about these things, and it’s painful to hear their stories about how we’re back on track and prices are rising as investors maraud about the desert looking to basically have sex with every home that comes on the market.

Like, I heard one Canadian investor recently shot a Chinese National in the kneecap over a $4,000 bid on a 2BR/2BATH, Scottsdale condo only blocks from The Biltmore…. I’m kidding, I’m kidding.  It wasn’t a real gun, just a BB or pellet pistol, something like that.

Wait… did you hear that?  That?  There it was again… that?  Weird… I thought I heard a loud flushing sound coming from all around me… maybe not.

Alrighty then… we’ll let you go back to bed then.