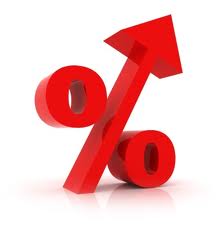 You can blame Fed Chair Ben Bernanke for even suggesting that the Fed may… could… has considered… or might consider… eventually… some day…Ā  the “tapering” off of quantitative easing, causing the yield on 10 year U.S. Treasuries to jump up a few weeks ago.Ā  That is to say, you can blame Bernanke, but why bother?Ā  After all, the man has pretty much single-handedly kept interest rates artificially low far longer than anyone could have expected.

I mean… QE-1 was expected… QE-2… well, okay… but QE-3ās pumping of $80 billion a month into the financial markets indefinitely?Ā  Come on now… not even the most bullish of the bulls saw that coming.

Within hours of Benās recent comments, the Fed was tapering off on any talk of tapering in an effort to soothe the savage beasts of the bond market who were fast becoming bearish.Ā  Of course, rising interest rates have to be expected… eventually.Ā  Back in 2000, the yield on the 10-year Treasury was roughly six percent.Ā  A decade before that the yield on these same bonds was almost nine percent.

Contrast those numbers with where things were at the beginning of last August when the yield on 10-year Treasuries was a paltry 1.48%.Ā  Was anyone thinking that number would go down from there?

This week, however, with investors still jittery and feverish from Bernankeās scary speech, Treasuries hit 2.70%, and analysts appeared close to panic-stricken over the possibility of breaking through the 2.75% threshold.Ā  Luckily, the Fedās back-pedaling led to the yield on Treasuries settling back down to a much more comfortable 2.58%.

(It made me wonder… do you think Ben Bernanke BEEPS when he backs up like that?)

If all of the gyrations over a few tenths of a point here and there makes you feel like our financial marketsĀ  are perilous to say the very least… youāre dead on right to feel that way.Ā  Can you envision what would happen if rates were to return to historical levels, like six to nine percent?Ā  To the talking heads on CNBC, based on how they reacted to the recent upticks, it might feel just about like the end of the world would feel. 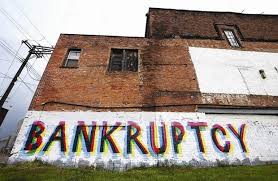 Long-term interest rates rising means different things to different people, but none of itās good.Ā  Higher long-term rates makes it much more expensive for state and local governments to borrow money, and you can probably guess how that would play in Detroit, or in the slew of other American cities currently lining up behind Motor City, metaphorically holding their breath and hoping against hope for divine intervention.

Higher long-term rates also cause the bonds currently held to fall in value, which means bond investors lose big time… and as mortgage rates go up, mortgage payments do too.Ā  And thatās double-whammy time for our anemic housing markets because it means fewer home sales and more foreclosures, which we should all know by now leads to lower home values… and more homeowners underwater, which creates more foreclosures still.

In general, higher interest rates always have the very definite tendency to slow our economy down a notch or two… unemployment rises, and the stock market falls.Ā  Conversely, when rates are low, economic activity increases, and even if we donāt all feel it, the stock market sure does.

Yesterday, Fleckenstein Capital president, Bill Fleckenstein, told King World News that were rates to hit the 3% mark, S&P futures would be destroyed and we could see the DOW lose a quarter of its value in three days, and from where the DOW is now, thatās quite a fall.

Of course, the Fed would once again leap into action and start quantitatively easing their little banker hearts out, but Iām not so sure it works when done on cue like that.Ā  In fact, that sort of reaction might just have the opposite effect, or no effect at all.Ā  It would signify the moment when the Fed lost control.

Rising long-term rates wasted no time giving a swift kick in the pants of the residential mortgage market, which was weird because as recently as a couple of weeks ago, all I was hearing from the banking class was that the mortgage business was booming.

According to the Mortgage Bankers Association (āMBAā), since early May, the average interest rate on a 30-year mortgage has gone up by more than a point, reaching 4.7% in early July.Ā  The MBAās index of refinance applications was cut in half over that same timeframe.Ā  It now sits where it was in the middle of 2011, and several analysts are predicting that mortgage banking revenue for Q-2 of this year will be down by 25 – 35 percent as compared with the first quarter of this year.

FHAās increasing costs can’t have helped June and Julyās home sales numbers either.Ā  According to the L.A. Times… ā… in the wake of losses tied to bad loans insured during the housing bust years, the FHA has been raising its loan insurance fees and backing more loans to applicants with higher credit scores.ā

All of this is leading to next January when the Consumer Financial Protection Bureauās (āCFPBās) new āAbility to Repay and Qualified Mortgage Rule,ā becomes the law in mortgage land.Ā  Among other things, the agencyās new rules will mean that, for the most part, borrowers wonāt be able to qualify for a mortgage if their back-end debt-to-income ratio is over 43 percent.

I canāt be certain about this, but Iām guessing that pretty much cuts out most everyone Iāve ever met who lives in California.Ā  And with Fannieās and Freddieās recently seen penchant for making lenders buy back loans the GSEs donāt like for one reason or another, Iām wondering how many are thinking about just throwing in the towel after January 10, 2014, when the CFPBās new rules go into effect. 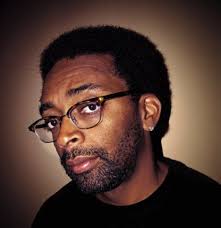 Just when you thought it was safe to go back in the water, advance reports say that when LPS (Lender Processing Services) releases Juneās Mortgage Monitor report, the data will show a dramatic increase in delinquent loans in this country… Juneās āloans over 30 days past due but not in foreclosureā will come in at 6.68 percent, which is just shy of a 10 percent increase month over month.

According to LPSās report, there were 3,328,000 mortgages over 30 days late as of the end of June, and 1,345,000 of those loans were over 90 days behind, but this time around, LPS didnāt even try to sugar coat or spin it.Ā  In fact, no reason for this leap of lateness was offered by LPS except to say that it was āseasonal,ā in a way that made me realize that they donāt believe that either.

LPS also reported 1,458,000 loans currently in foreclosure, and figuring that LPS data represents about 70 percent of the market as I recall, Iād say weāre doing swimmingly as far as solving our foreclosure problems is concerned.Ā  LPSās report will be released on August 5th, so get ready for that compelling piece of literature ācause itās sure to be a total page-turner.

Playing āHide the Pink Mouseā with our GDP once again…

Once again, everyone with a calculator and a basic understanding of what a ādeflatorā does to numbers is reporting that the official GDP numbers are essentially prattle and tommyrot… malarkey, as my Irish friend used to say when he was feeling particularly Irish.

According to official reports, U.S. GDP exceeded second quarter estimates of 1 percent (while at the same time, however, the BEA also revised down the first quarter growth from 1.7% to 1.1%.)Ā  But, if you were to do the calculations using the average deflator, which takes inflation into account, GDP would have come in at roughly 0.6%, and that would have exceeded nothing.

This playing fast and loose with the numbers has been going on for so many years now that I can barely bring myself to follow it… I mean, if itās not GDP contortions itās forgetting to talk about the reduced participation rate as you announce unemployment has gone down.Ā  I suppose itās just going to continue this way for years… they cannot be expected to tell the truth, so what else are they supposed to do?

The only decent thing to do is to deceive us… and I think Iām starting to appreciate it, in a who-gives-a-ratās-ass sort of way. 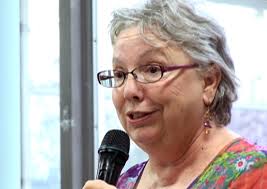 City of Richmondās Mayor is saber-rattling…

The other meaningless news thatās got everyone in a tizzy involves someone named Gayle McLaughlin, who evidently is the mayor of Richmond, California.Ā  Apparently, Gayle is threatening investors that if they wonāt sell her city their homes at 80 percent of current market value, sheās going to seize them using the eminent domain laws… and then then offer “mortgage forgiveness” to the cityās homeowners that are underwater like the Titanic is underwater, I presume.

To hear Frank and Brian talk about it on todayās National Real Estate Post, youād think the world could potentially be on the brink of nuclear war or something.Ā  I havenāt seen those guys this worked up since the appraisers were facing a pay cut back in May of 2012.

I, on the other hand, responded quite differently when I heard the news of Gayleās saber-rattling, which was more than a week ago, by the way.Ā  I believe my first response was to say… āNugghhffh… Just let me sleep 20 more minutes…āĀ  And then I rolled over onto my left side and put a pillow over my head.

I love Gayleās spunk.Ā  Sheās got Wessonality, damn it.Ā  I donāt have the foggiest idea where Richmond, California is, but then Iāve only lived here for 32 years or so… and it is a big state, so maybe Iāll run into it one day.Ā  And if I do, Iāll be sure to stop in and see Gayle.Ā  She wonāt be hard to find, Iām quite sure.Ā  It could be a decade or two from now, but sheāll still be buried in the paperwork related to the litigation that started back in 2013 when she first opened her mouth about this hair-brained plan.

Honestly, I donāt know how or why this sort of thing even makes news in media markets like I imagine Richmond to be.Ā  She probably could have just called the investors who own the homes in question and most would have agreed to simply give them to her in exchange for a tax write-off or maybe just a thank you card would have done it.

And if that didnāt work… it occurs to me that she could have simply changed the street names and it would have taken at least a decade or two before any of the investors that owned the homes in question could have possibly found them.Ā  (Hey, donāt laugh, that would probably work.Ā  Who the heck would be familiar with the streets of Richmond?)

Considering the dearth of quality ideas Iāve seen tossed around or even implemented since 2009… no, wait… since 1987…. no, wait… since forever ago in this country… Iām simply finding it impossible to get all agitated over much of anything these days.

After all, my president, if you caught the announcement a few weeks back, has decided to āaddress climate changeā in his second term… so I guess stupid really is as stupid does.

And thatās all I have to say about that.